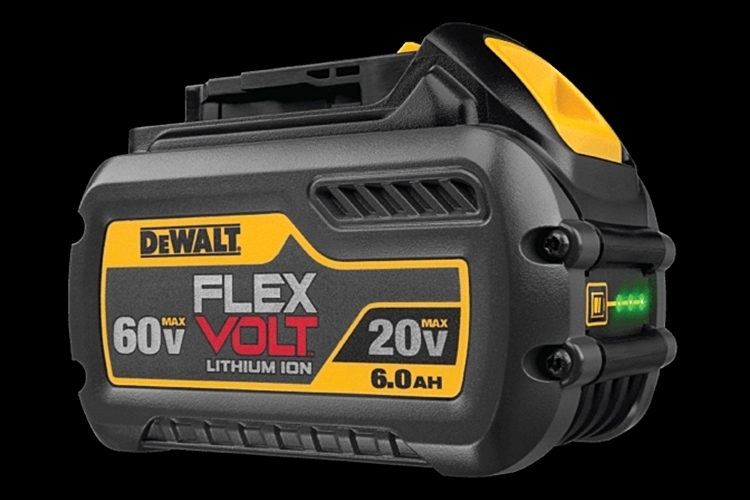 Job sites are hazardous enough. Cords from your power tools scattered everywhere only make them even more so. That’s why a lot of folks switch to cordless tools whenever possible. Problem is, shortcomings in battery technology have so far hindered their use when it comes to larger tools with huge power requirements. The Dewalt Flexvolt battery changes that.

With a max voltage of 60 volts, the battery should be able to supply the greater energy requirement of larger power tools, allowing the company to expand into tools they’ve never been able to offer in cordless form before. That means, you can finally go cordless with most of the power tools in your arsenal, whether you’re a DIY hobbyist who regularly builds stuff in the backyard or a skilled professional. 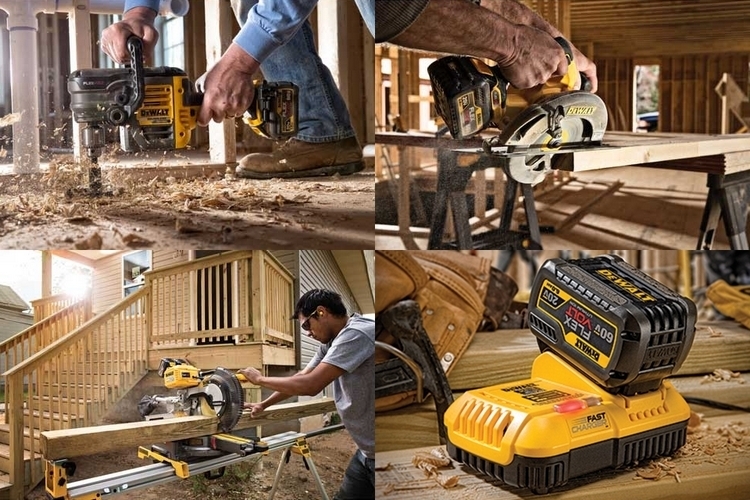 Even better, the Dewalt Flexvolt won’t just work with the new 60V tools, it’s also backwards-compatible with all of the outfit’s 20V power tools. That’s right, the battery can change its voltage output automatically, depending on whatever tool it’s attached to. Even better, you can combine two of the batteries to power the company’s new 120V power tools, making for what could very well be a game-changing system. And, yes, it’s compatible with Dewalt’s 20V chargers, so there’s no need to get rid of it if you’re switching to the new battery.

Since you’ll need tools to take advantage of the more powerful battery, the outfit is releasing five new 60V tools and two 120V tools. The 60V lineup includes a circular saw, a reciprocating saw, a table saw, a grinder, and a stud drill, while the 120V lineup consists of a fixed head miter saw and a sliding miter saw. The miter saw is a sight to behold for any power tool fan. With the Flexvolt batteries attached, this tool is totally cordless—and capable of cutting through boards like butter.

For construction workers, hobbyists, and anyone else who works with tools, this lithium-ion battery technology is a game changer. As these kinds of workers know, tools like miter saws, table saws, and other high-powered tools were almost never capable of being battery operated. There just wouldn’t be enough “oomph” available to the tool to do its job correctly—and those that tried didn’t work very well, and certainly weren’t on-par with their plug-in counterparts. You could get away with things like cordless drills or reciprocating saws, although just about everyone would prefer the corded variety for jobs which required a lot of power. 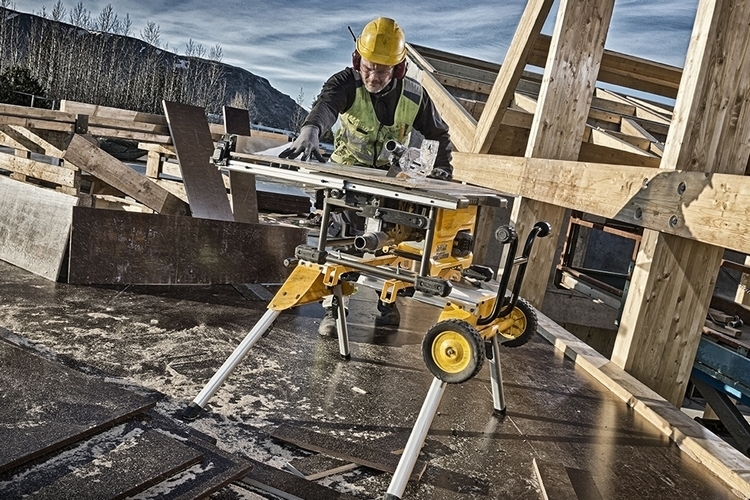 Traditionally, battery operated power tools have been relegated to the world of small jobs. Sure, a cordless drill or similar would be fine for those jobs where having a cord was unnecessary, but most builders would have preferred to have the power of a “real” tool, and that always meant using a cord. Cords give you a really limited range of mobility, perhaps a maximum of ten or fifteen feet in most cases. Even when you toss an extension cord into the mix, you’re still quite limited in where you’re going to be able to take your tool with you, and anyone that’s ever done this kind of work knows that cords scattered around can not only be annoying, but a very serious safety hazard.

If you’re tired of tripping over cords and wrapping them up at the end of the working session, the Dewalt Flexvolt battery and line of tools is a really impressive solution, and you won’t be limited to a smaller range of tools like drills or reciprocating saws. You’ll be able to have the big-action tools like miter saws and even table saws. It’s an impressive way to reduce safety issues while simultaneously increasing your range of mobility and convenience while working.

Since one of the biggest concerns with battery operated power tools is the time necessary to actually charge the battery—for small outfits this can mean a substantial amount of downtime or inconvenience. Dewalt has aimed to provide consumers with a workaround by manufacturing a corded adapter for the battery port on their line of Flexvolt tools. What does this mean? If the battery runs out of power, you’ll still have the option to use a wall outlet.

For those tech-heads in the audience curious about how this new battery from Dewalt works, it’s mostly thanks to innovative wiring by the manufacturer. And a little innovation was necessary, since you can run a 20V tool or a 60V tool from the same battery (or a 120V tool from two batteries). In a nutshell, these batteries have been wired to provide longer amp hours with more voltage. Since each battery has three sets of five cells—you can think of these like smaller batteries inside the big battery—Dewalt needed to figure out how much power each cell was to provide. It turns out that this is about 4 volts per cell.

The Flexvolt is so effective because it can provide the power requirements for tools which draw different amounts. For example, a drill might get along fine with just 6 amps, but there’s no way that’s going to provide enough power to something bigger like a miter saw, which might need 15 or more depending on the type and usage scenario. Small motors run these tools and require a certain number of amps—it’s usually printed on the casing or in the instruction manual somewhere. However, wattage is the more common form of measurement, which might make it a little easier to picture. For motors which require more watts, you’ll need more voltage.

Dewalt makes this possible using a single battery because the battery can tell when to switch to what mode—20V or 60V. This not only provides quite a lot of flexibility in the kinds of tools it can operate, but it also cuts down substantially on the amount of battery packs you’d have to carry around. For those working in remote environments (or just making some repairs in a hard to reach location like the roof or attic), not having to lug separate battery packs around will make these kinds of jobs substantially easier.

Since Dewalt Flexvolt batteries are cross-compatible with the line of associated tools, you could, in theory, actually swap batteries between the tools, since they’re the same. Imagine this scenario: you’re almost done with your project, and you’ve needed two tools to do it. One of the tools only uses a 20V battery, and the other uses a 60V. Assuming the battery died in the tool that you were using more frequently, before these Flexvolt batteries, you’d have to either find a corded solution or wait for the battery to charge. In this case, you can just take the battery off of your other tool, attach it to the one with the dead battery. This takes all of thirty seconds to do and would allow you to finish your project immediately.

The amount of flexibility a Flexvolt battery plus the adapter offers is unheard of for tool enthusiasts. Generally speaking, you had two different types of tools: the ones that used cords, and the ones that didn’t. If you’ve ever been working on a project in your back yard or garage and had to “swap out” one tool for the other in a situation like this—likely after a lengthy process of searching for an extension cord—then you can probably imagine exactly how convenient it would be to be able to use the same tool. If the Felxvolt battery dies, pop in the adapter, plug it in to a nearby power source, and you’re back in business. And for businesses, time is an incredibly valuable resource. This is the kind of innovation that contractors and construction workers will genuinely appreciate.

Learn more about the Dewalt Flexvolt from the official website.