Experience Virtual Reality Inside A Hamster Ball With Virtusphere 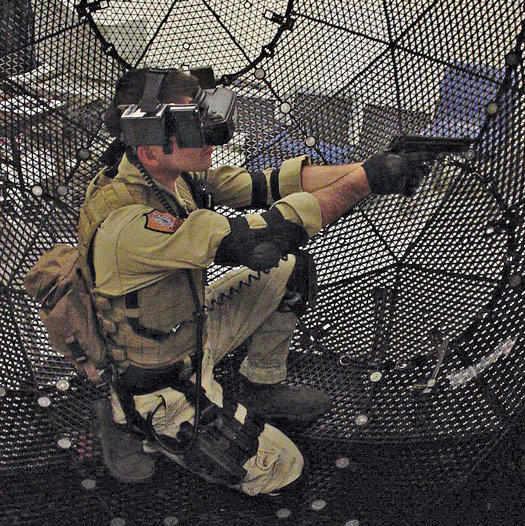 Just when you thought 3D took over virtual reality, somebody comes up with an excellent platform for the old buzzword.  The Virtusphere is a VR platform that combines  sensors, a head-mounted display, controllers and a giant hamster ball to bring military-level cyber-recreations for mass consumption.

The giant hamster ball, by the way, happens to be the 10-foot sphere that acts as the primary playing field.  Unlike previous virtual reality setups that hinder movement, the rotating stage literally gives you infinite space to operate – just like a hamster inside a ball.  You can walk, run, jump, crawl and swing your limbs to your heart’s content, all without tripping on wires or falling off a ledge. 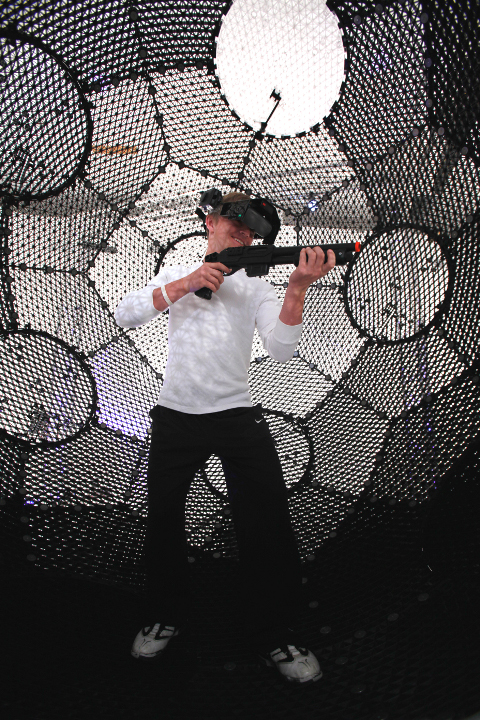 How? The Virtusphere ball, which is built out of the same durable plastic as Legos, is set atop a platform fitted with 45 caster-mounted wheels.  It will turn in any direction with the user’s steps, making the movement feel as natural as possible.  As it spins, an optical sensor below it tracks all ongoing motion.  Added to the movements reported by the gyroscopes, magnetometers and accelerometers onboard the head-mounted display, it helps create a full map of your in-game actions. 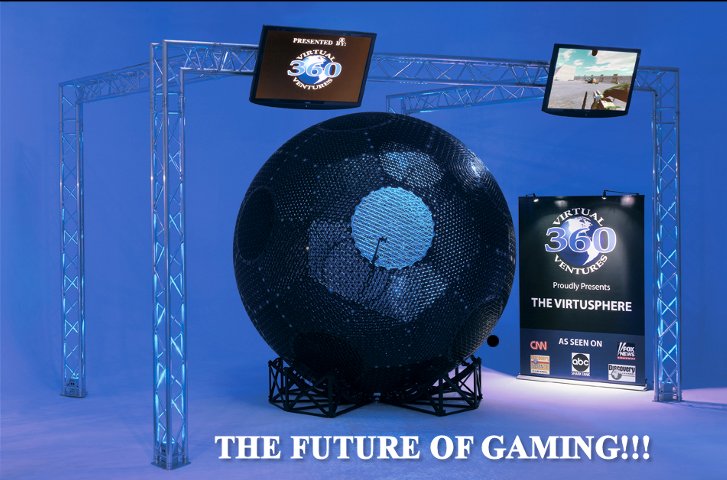 The commercial version is marketed by 360 Virtual Ventures, who are selling it as a turnkey gaming package.  Each set includes the Virtusphere ball and the steel platform base, a wireless visor with two internal screens, a gun controller, a laptop PC to run the game and interface with the VR hardware (runs either Windows 2000 or XP), a number of compatible games, and a point-of-sale software.  Since everyone is likely to be a newbie at the thing, they’re including two sample 3D demos, an instructional operation DVD and an assembly instructions DVD.

Formerly used strictly in military training scenarios, the Virtusphere has now been refined for public use, with the first installation available at the Excalibur Hotel and Casino in Las Vegas.   You’ll need to call them up for pricing, but I imagine consumer purchases should be out of the question.