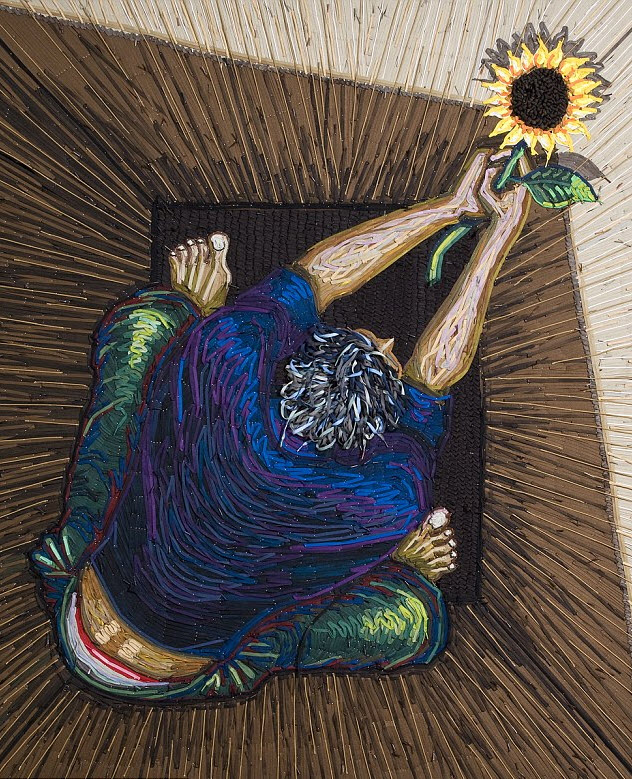 At first glance, Federico Uribe’s “paintings” look like they were done up with oil or pastel on canvas.  Look closer, though, and you’ll find they are actually shoelaces pinned on a canvas to form intricate pictures.  Yes, those same shoelaces you use to tie your sneakers every morning.

According to the Colombian artist, he first chanced upon the idea while working on some pieces that used training shoes.  For some reason, Puma ended up sending him a bunch of shoelaces, instead of trainers.  After wondering what he’ll do with all that string, he decided he might actually be able to “paint” with them. 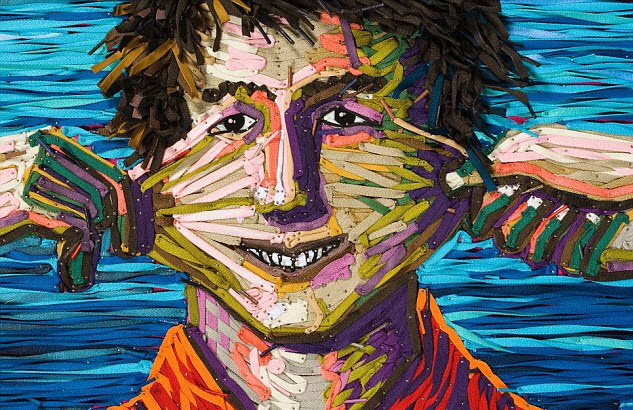 Federico Uribe’s process is as painstaking as you can imagine.  He carefully selects the string colors to use, weaves them together and pins each one to the canvas at various points so it doesn’t fall off.  Each creation can take up to 30 days (on a 10-hours a day schedule) to finish as a result of the intricate process.

From afar, it’s hard to imagine the pieces as being produced with anything but conventional mediums.  I mean, shoelaces, literally, would have been the last thing on my mind. 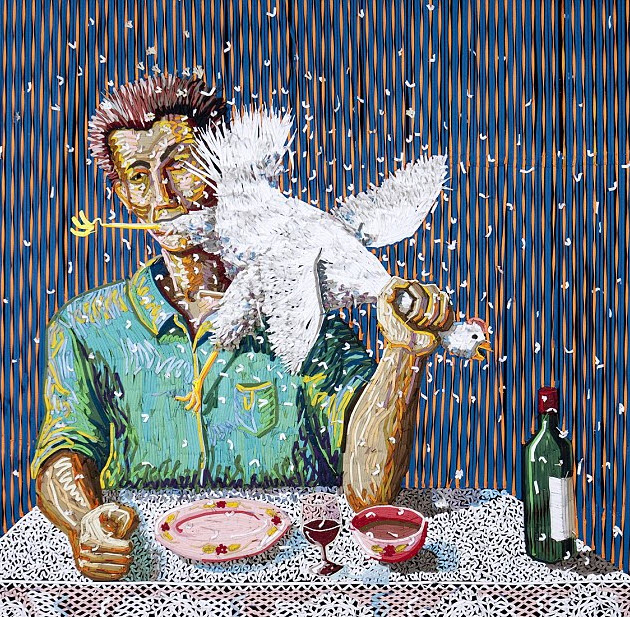 Federico’s stunningly intricate artworks, each of which feature varying themes, have sold anywhere from £20,000 and £45,000. Not a bad haul.  You can see a gallery of his works from the website below.