Matsumura Yoran Offers Service To Bring Orchids Back From The Dead 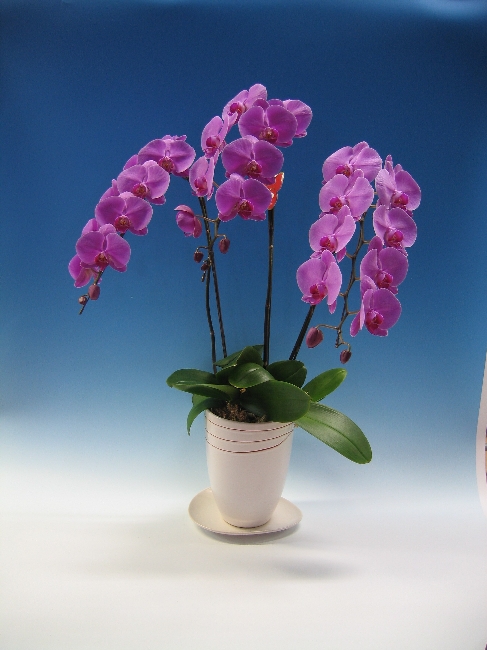 Japanese hobby gardeners who have developed an attachment to their flowers need not be sad when their orchids die. Orchid grower Matsumura Yoran is opening a new business that they claim will Frankenstein customers’ dead orchids back into bloom. Just like the plot to a bad horror movie.

According to company president Hidehiko Matsumura, “We want our customers to enjoy the attraction of orchids as long as possible.” And that they will, once the orchids go through the company’s revival system, which puts the orchids through stringent growing conditions to nurse them back into health.

Unfortunately, bringing new life to the flowers takes a bit more than the wave of a magic wand. Instead, it requires a time-consuming process which involves replacing the peat moss in the pot with wood chips (to make it easier for the roots to suck up water), as well as placing it in a greenhouse under tightly-controlled temperatures (25 degrees Celsius in the daytime and 20 degrees Celsius at night). The whole revival process is supposed to take a full ten months.

The company spent four years perfecting their techniques, which they first stumbled upon when an elderly customer requested they attempt to revive her dead orchids back in the Spring of 2005. As of now, they’re only offering the service to plants that have been originally bought from the company and carry an identification tag, which contain data such as the cultivar’s name, shipping date and shipping destination.

Matsumura Yoran is charging half the purchase price for the resurrection of each dead orchid plant, which should fall between 7,500 and 15,000 yen. To answer your impending question, no, the plants won’t suddenly develop a taste for human flesh. So, yay.