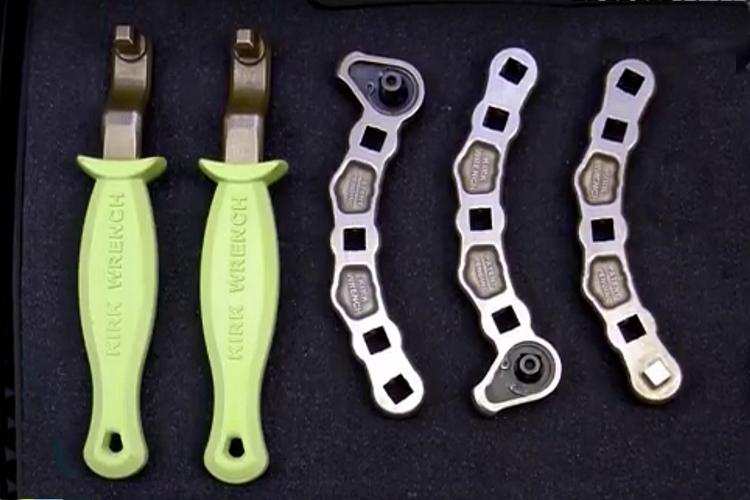 What the heck is that? That’s exactly how you’re likely to react the first time you see the Kirk Wrench, a totally new type of tool that’s custom-designed for driving nuts and bolts that would otherwise be impossible to reach using standard toolbox fare. And, yes, it absolutely looks like nothing you’ve seen before.

Designed for mechanics, plumbers, and anyone else who works with wrenches and ratchets in confined spaces, the tool makes it easy to drive nuts and bolts in awkward positions, allowing you to make quick work of tightening and loosening jobs even in the most inaccessible sections. For instance, instead of having to take multiple parts off an engine to access a small component you need to replace, this thing allows you to get access to that component through narrow openings, potentially saving you a whole load of time. 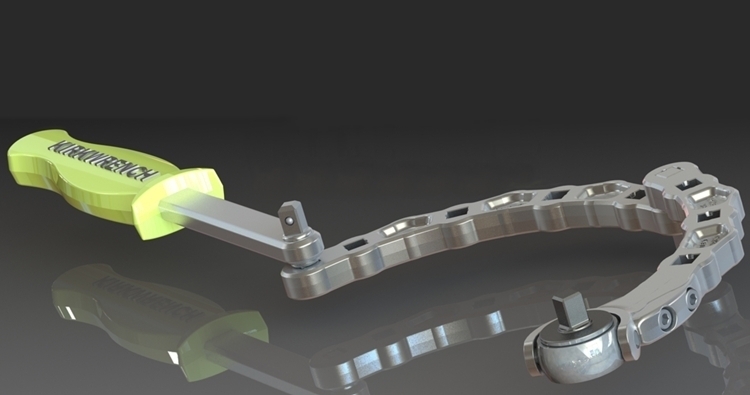 The Kirk Wrench is a driving tool that was originally designed for use in the installation and repair of shut off valves in confined spaces under sinks, inside cabinets, and behind toilets. It has, obviously, evolved a lot over the years, ending up as modular tool that can be used well beyond its original plumbing application. Yes, the darn thing is completely modular, allowing you to customize any tool according to a job’s exact needs.

The basic system consists of four components: a handle, two curved arms (one fixed and one swiveling), and a ratchet. To use, simply mount one of the curved arm to the handle and then mount the ratchet to any of the mounting sections of the arm (the fixed arm has five mounting points while the swiveling one has four). You can also connect the two arms to each other in case you need a longer tool. According to the outfit, this simple setup will allow you to place the ratchet at any of 120 specific positions.

In case you need something other than the included ratchet, the sockets on the Kirk Wrench’s curved arms are designed to accommodate industry-standard adaptors, so it can work with tools already sitting in your toolbox. That means, no need to invest in additional tools other than the basic modular set, since it can be paired with any ratchet or wrench that you already own. Do note, if you need to reach into more distant sections (like if you’re working on a large aviation engine), you might need to buy additional arms to extend the tool’s effective reach. And, yes, it looks like you can connect as many of the arms as you need.

Will this become a must-have tool? Probably not for most people, as few of us have a regular need to wield a wrench through tight entryways. If you’re a plumber or a mechanic by trade, though, this thing could be a veritable godsend, as far as efficiency and productivity is concerned as it can genuinely save you a good load of time when performing common tasks.