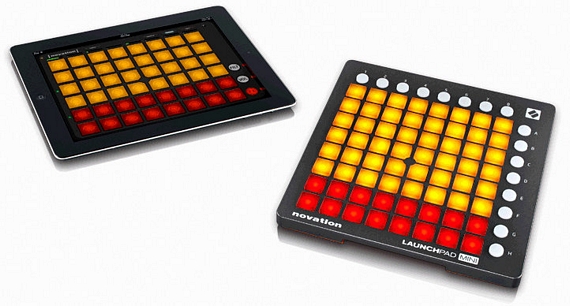 We’ve been big fans of Novation’s Launchpad ever since it came out a few years back. It’s fun, functional and those grid of lighted control pads just look pretty as heck. If there’s any knock on the thing, in fact, it’s just that it’s a tad too big to comfortably carry around for on-the-go tactile music creation. The new Launchpad Mini offers a more compact, more portable alternative.

Styled similar to the original Launchpad, it comes with the same grid of 64 light-up pads, along with multiple buttons lined up on the sides. Because everything was shrunk down in size, it’s a little more crowded than the original. If you can live with that though, it should offer exactly the same functionality as the larger model. 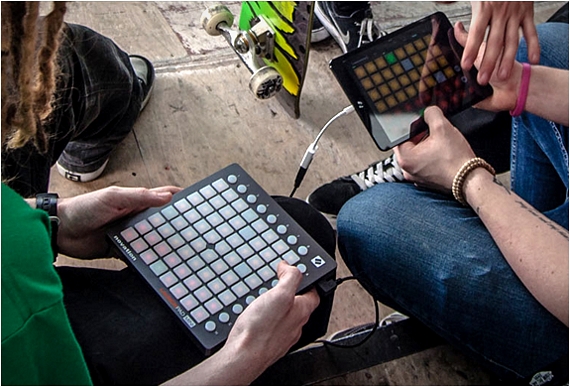 As with the original, you can use the Launchpad Mini’s multiple three-color launch pads to trigger loops, sounds, effects, and your collection of cat noises similar to any music controller. It works on Macs, PCs, and iPads, with full Ableton Live and FL Studio compatibility, apart from Novation’s own Launchpad app. Even better, it works without a separate power source — it will draw power directly from whatever machine it’s hooked up to. You can string together as much as 16 Launchpad Minis (only for Macs and PCs) to put a gargantuan amount of tactile music controls at your fingertips. 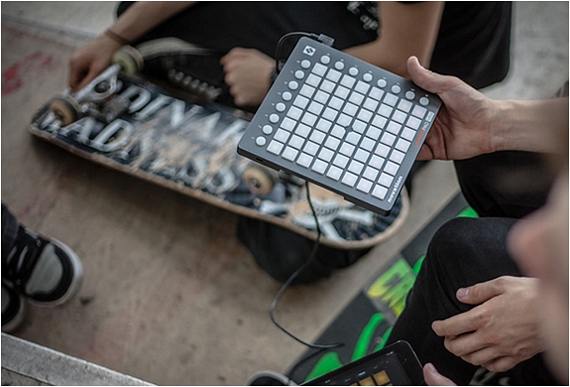 Novation claims the device is rugged enough to withstand the rigors of the road, so you don’t need to worry about breaking the thing when sharing the back of the van with six other rowdy dudes during a tour. Set comes with a complete set of cables, along with a set of stickers for labeling the keys.

The Launchpad Mini is available now, priced at $99.