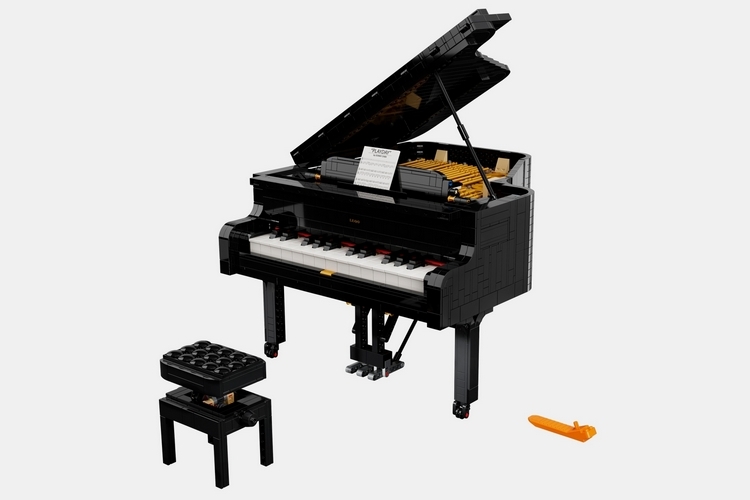 Sometimes, you want a LEGO model because it lets you play with one of your favorite elements from a movie. Other times, you want a model because it gives you something that’s going to look amazing in your display shelf once you finish building it. And then there are models like the LEGO Ideas Grand Piano, which you’ll probably want for the sheer audaciousness of being a playable piano that’s built using construction bricks.

No, it doesn’t use actual strings that will create sound when hit by a hammer that’s activated by the keys. It’s not quite that sophisticated. Instead, it recreates a regular piano’s operation using plastic parts, so you can watch what happens inside each time you stroke a key and it will be remarkably similar to a real-life grand piano. Yeah, it’s quite the impressive toy. 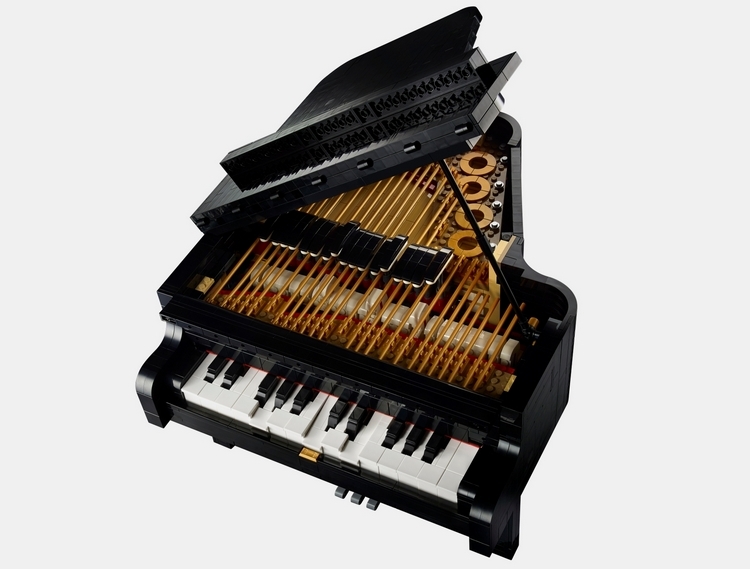 The LEGO Ideas Grand Piano creates music in conjunction with the outfit’s Powered Up app. That’s right, this is a Powered Up model, with an integrated motor, Bluetooth radio, and other electronic components, all powered by six AAA batteries. To play actual music, you need to pair the toy to the app to establish a link, after which the toy will transmit any note you play on the keyboard to the app. The app will then play the note as if you were playing on an actual concert piano, so it’s a close enough approximation to make it a fun way to play around with music.

In case you don’t know how to play the piano, the toy also comes with automatic playback ability, courtesy of the onboard motor. Just choose any song you want from the app and it will start playing on your phone, with the keys on the piano moving accordingly, as if someone was playing them. According to the product page, there are four songs to choose from, although there appears to be eight songs available on the app (we’re guessing they’ll update the product page eventually). 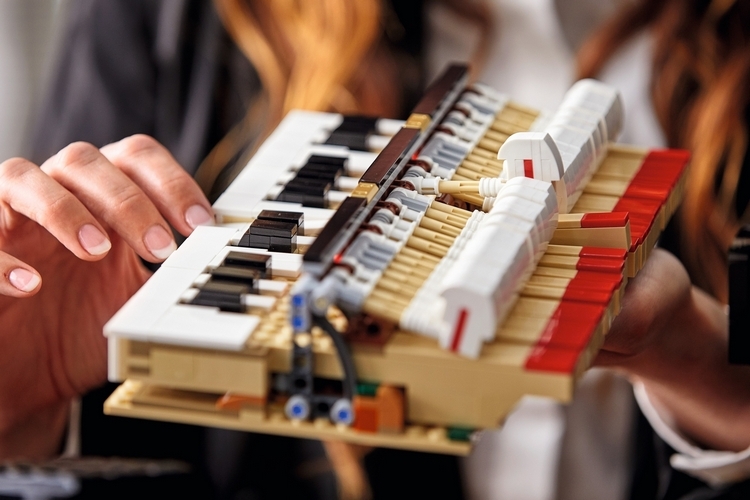 The LEGO Ideas Grand Piano is a complicated set that combines a 25-key keyboard with authentic hammer action, moving dampers, and a moving pedal, so it will do all the things that a real piano does short of playing actual music on its own (because they haven’t figured out how to make strings from LEGO bricks yet). It measures 8.5 x 12 x 13.5 inches (height x width x depth), with keys that are large enough for adult fingers to comfortably play, so this will make for one fun finished model, whether for showing off on a display shelf or fiddling with when you want to play some piano music without buying an actual musical instrument. 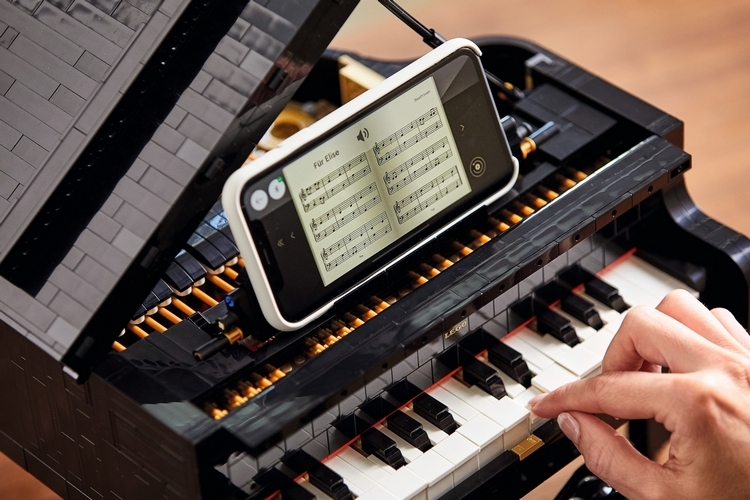 It gets plenty of detail, of course, from a lid that can be propped open and a fallboard that can be set down to cover the keys to a music rack for holding sheet music and even a bench for a Beethoven minifig to sit down on. Sadly, there’s no Beethoven minifig included, so you’ll have to fashion that all by your lonesome. It comes with 3,662 pieces, so you’ll be spending a lot of time building this.