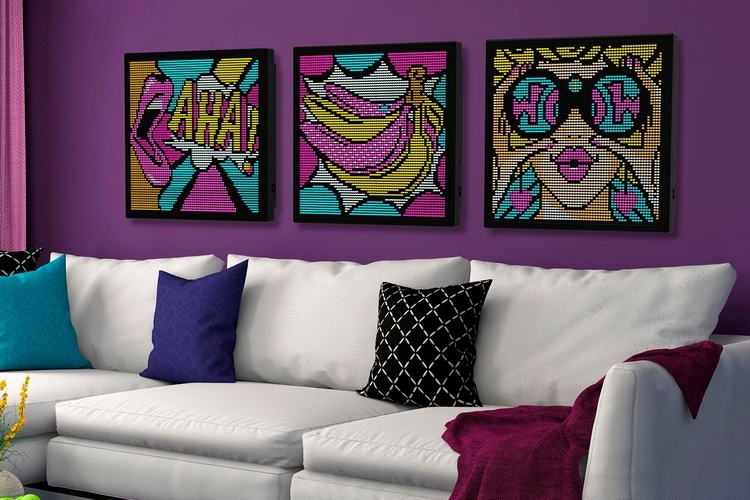 In recent years, we’ve increasingly seen LEGO release ART sets that allow you to build all sorts of 2D pixel art. As fun as it is, the idea is hardly original, as Lite-Brite has been doing something similar since its introduction in the 1960s. Heck, it’s even cooler since the individual pixels all light up. Problem is, Lite-Brite has always used pretty large pegs for pixels, making it difficult to create the kind of detailed pixel images LEGO allows with its sets. The Lite-Brite Pop Wow! Wall Art changes that.

That’s right, Lite-Brite just created a new version of their classic light box with smaller pegs, framed edges, and a wall-mountable design. They also included enough pegs to cover the entire canvas, allowing folks to create legit-looking pixel wall art comparable to what you can make with LEGO’s Art models. 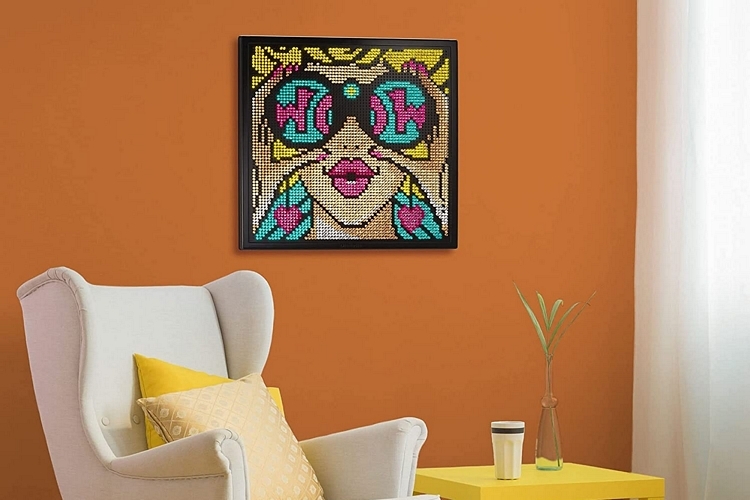 The Lite-Brite Pop Wow! Wall Art comes with a framed canvas measuring 16 x 16 inches that’s covered in a grid of holes sized to fit the included miniature pegs. A total of 6,000 pegs are included in assorted colors, allowing you to produce all sorts of pixel images. It comes with illustrated guides to three distinctive 60s-style pop art designs, allowing you to easily put together a pixel art image, so you can get a good feel for it before attempting to fashion your own artistic creations. 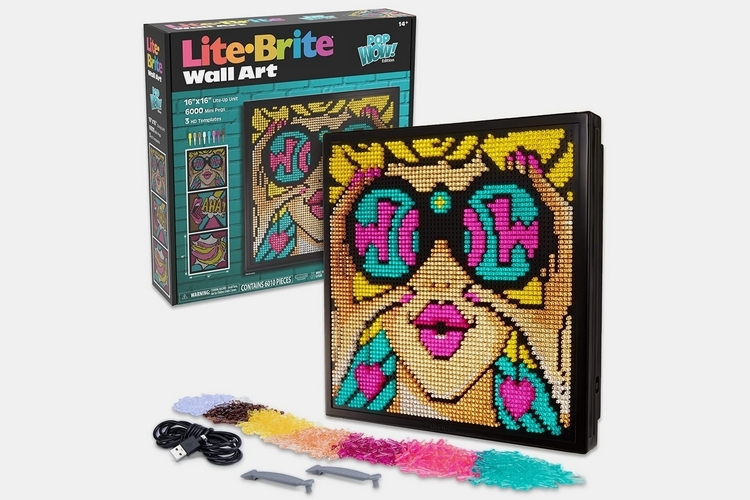 Like other Lite-Brite toys since its inception, the entire canvas serves as a lightbox that adds illumination to each of the mounted pegs, creating a light-up display that should make for a surefire attraction, whether you put it up in the living room, the bedroom, or the hallway.  Unlike the Lite-Brite canvases of old, though, there’s no need to plug this into a power outlet. That’s because it uses modern low-power LEDs, allowing it to run on six AA batteries. Alternatively, you can also plug it into a USB power outlet, if you’d rather not deal with swapping out fresh batteries regularly. 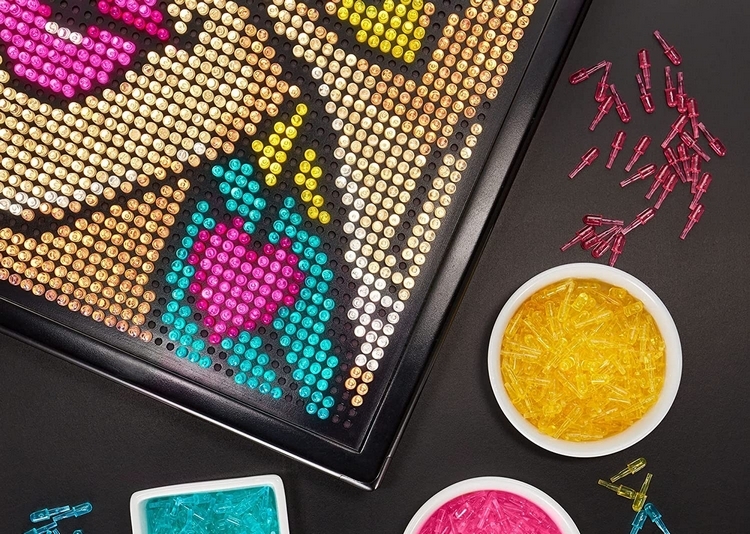 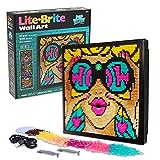