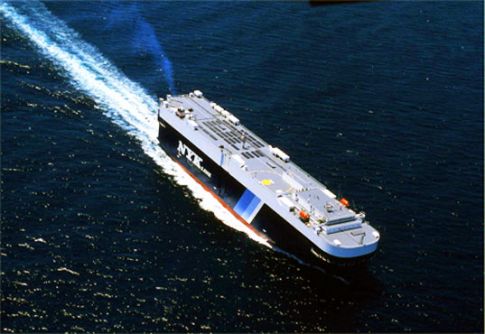 While it’s a more or less established fact that commercial cars won’t be able to make use of any sort of solar-based powertrains soon, larger vehicles are a whole other story.  Huge cargo ships, which offer plenty of exposed surfaces, are actually a more likely candidate.

The M/V Auriga Leader is the first cargo ship to take a step in that direction, wearing a total of 328 solar panels on its top deck to help supply 40 kilowatts of energy.  That constitutes 10% of the 400-kilowatt power requirements of the entire vessel, helping cut down on its overall diesel consumption. 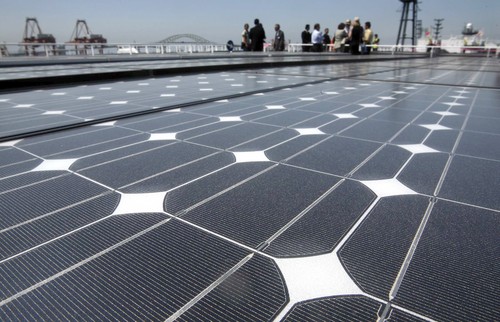 A commercial carrier that transports up to 6,400 cars for every trip, the M/V Auriga deposits the energy generated from the solar array right into the main grid, allowing the engine to burn less diesel fuel when running the vessel’s electrical systems.  This is a major change from previous implementations, where solar energy was used merely as an auxiliary power source for cabins and other less critical functions.

The solar implementation on the M/V Auriga Leader is currently an experimental demonstration, being undertaken in a joint project by the Port of Long Beach, Toyota Motors and Tokyo-based shipping company NYK Line.  If it works out well, it may just provide the impetus needed to see similar solar-based electrical systems across more cargo ships, long chastised as one of the biggest offenders when it comes to environmental damage.