Slazer Arms Your Pebble Time With A Wrist-Mounted Laser 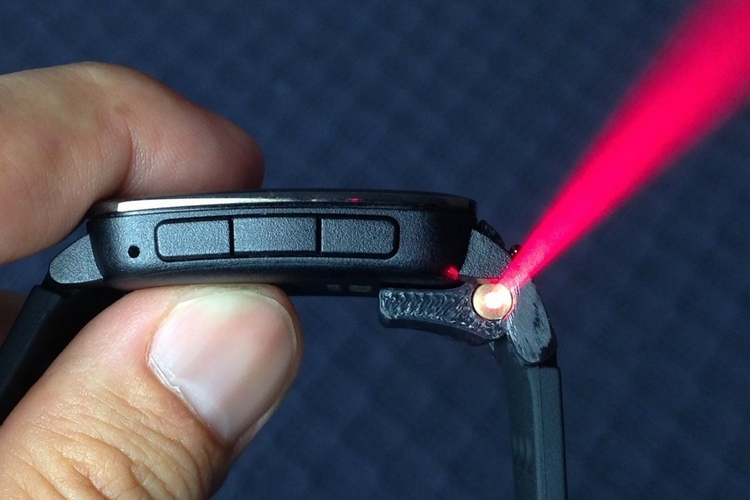 The Pebble Time may not have the trendy appeal of the Apple Watch or the Moto 360, but there are plenty of reasons why it’s still considered by many to be the best smartwatch in the business. But even the best can get better and nothing improves the Pebble Time better than this badass Slazer.

A laser device, it connects to the wearable’s smart accessory port, allowing you to shoot a laser beam straight out of your wrist. Whether for blinding attackers coming at you in an alley, pointing out which menu item you want at McDonald’s (yes, I know, you always buy the Happy Meal), or playing with your cat, this thing lets you do just that while feeling like a superhero with a wrist-mounted weapon. 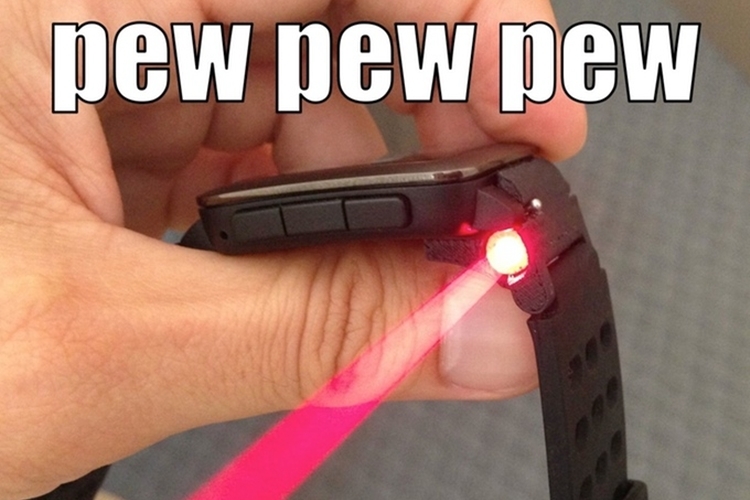 The Slazer is compatible with both the Pebble Time and the Pebble Time Steel (works with all straps), where it can attach indiscernibly by the lugs on the underside of the case. An accompanying app allows you to control the laser through the wearable’s buttons, as well as through its motion sensors, so you can switch the laser on by simply shaking your wrist. It uses a standard laser pointer (class 2 red laser), with a quick release spring bar that lets you mount and remove it in seconds. Do note, the laser draws its power from the smartwatch, so excessive use could put a damper on that week-long battery life. 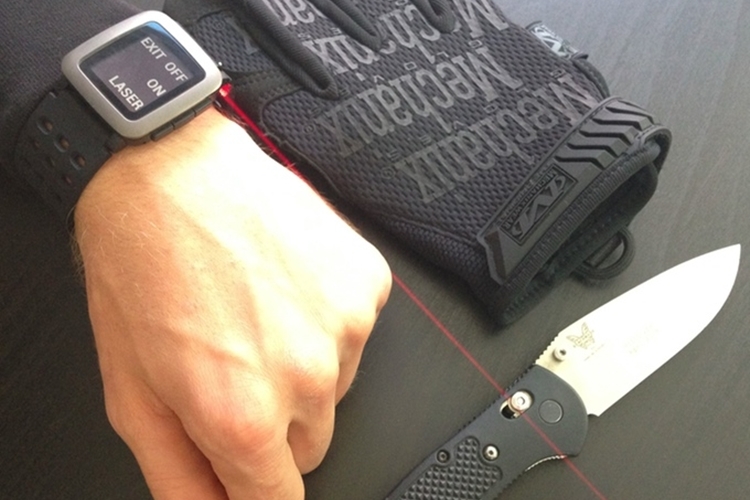 A Kickstarter campaign is currently running for Slazer. Pledges to reserve a unit starts at $20.