This Waterproof Splash Drone Can Land And Take Off On Water 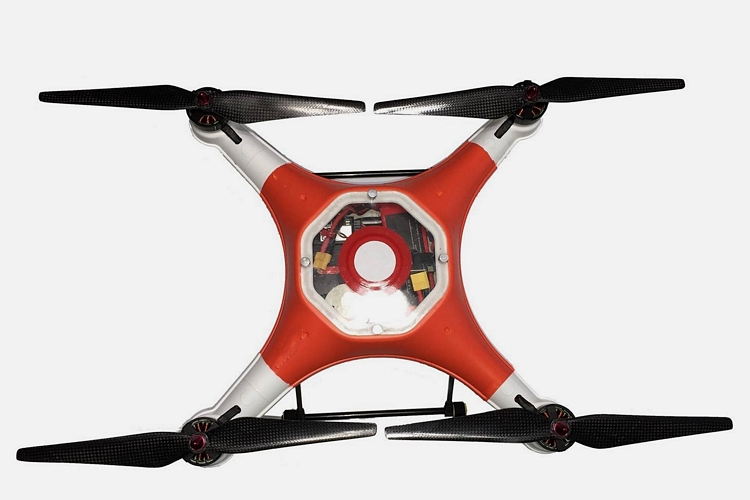 Water is not a drone’s best friend. Crash a drone in a lake and there’s a good chance it will short, if not sink entirely. Not the case with this Splash Drone, a drone that’s been rigged to play nice with bodies of water.

Fully waterproof, the quaddcopter is designed to float whenever it hits water, so you don’t have to worry about losing another drone while filming surfers down the beach. Of course, there’s no guarantee it won’t crash against someone’s board or get picked up by a surfer who decides to throw it as far away from the shore as possible, but, at least, the darn thing won’t sink or short circuit. 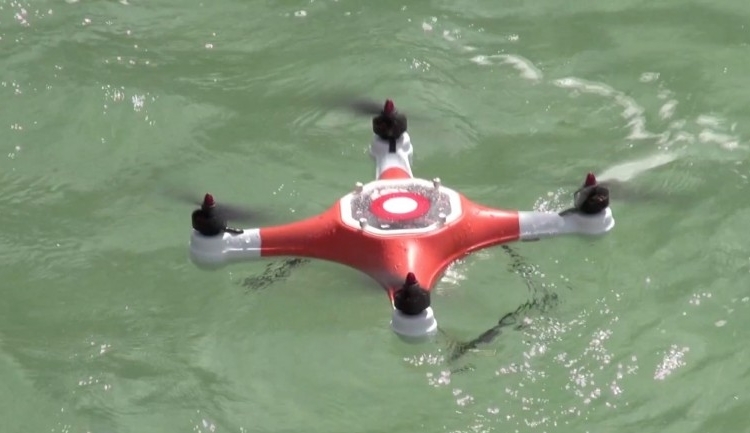 Even better, the Splash Drone can be launched directly from water, so you can land it right next to the jet ski you’re filming for a unique in-water perspective before taking it back up. Integrated 12-axis stabilization will ensure your GoPro shots are always steady, with the onboard battery allowing it to take flight up to 17 minutes at a time.   Two models are available: a remote-controlled version that features a hover mode, GPS-assist, built-in video transmitter, and the ability to return to the launch location at the flip of a switch; and an app-based model that adds autonomous flight and “follow-me” modes.

Since we’re all starting to use drones beyond aerial photography, this one comes with a couple extras in tow. There is, for instance, a payload release mechanism that allows you to use the drone to deliver snacks from the backyard to someone in the front lawn, as well as a flare adapter that you can use to enhance visibility during emergency situations. 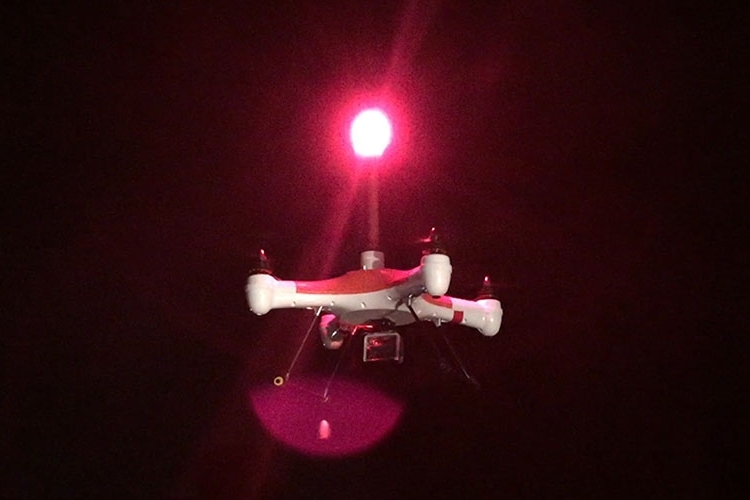 A Kickstarter campaign is currently running to fund Splash Drone. Pledges to reserve a unit starts at $799.