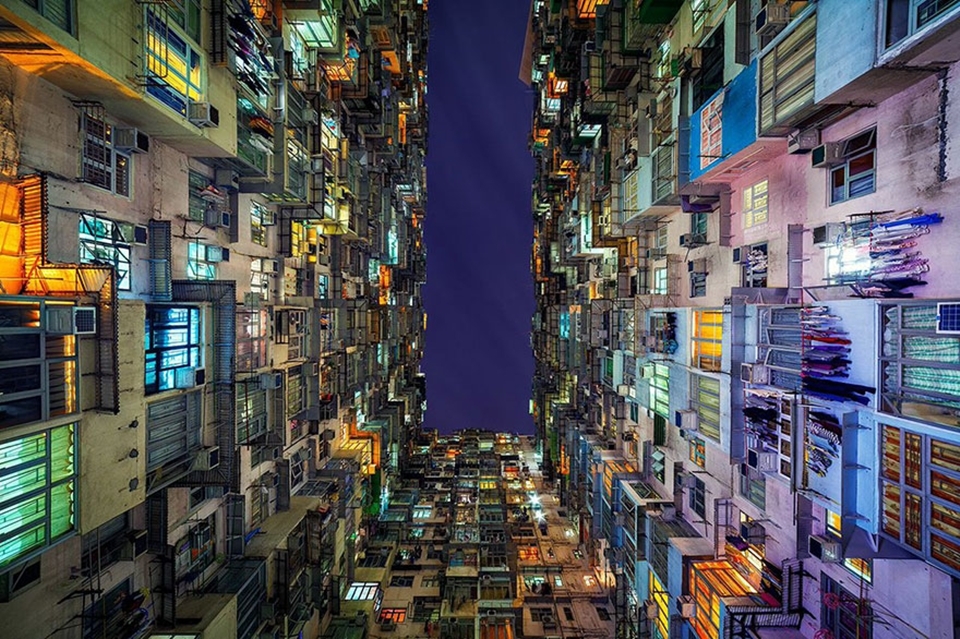 Sometimes, you just need to look at your surroundings from a different angle to turn them into a breathtaking sight.  That’s exactly what happens in “Stacked – Hong Kong,” a beautiful look at the expanse of Hong Kong’s high-rise public housing systems and its overwhelming symmetry.

A series of images from Australian photographer Peter Stewart, it uses vertical angles to capture the erstwhile common sights of densely-populated buildings as objects of hypnotizing geometry.  Seriously, these photographs are a sight to behold, taking me back to memories of being a child and seeing a skyscraper for the first time.  Instead of shiny skyscrapers in the business district, though, you’re looking at high-rise living spaces, many of which have probably seen much better days. 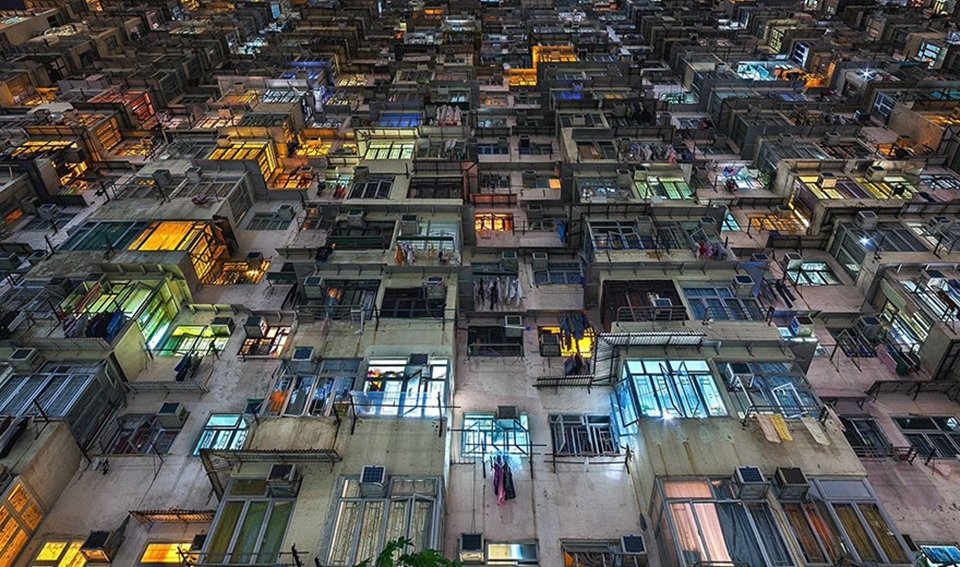 For “Stacked – Hong Kong,” Peter shot the scenes primarily at night, so there was minimal foot traffic that can get in the way.  As such, he was able to get great long exposure photographs not just from directly outside the structures, but from the alleyways between them and the staircases inside.  Most of the images were shot using a Canon 5D MKII, equipped with a 14mm lens.

“Hong Kong, in particular, is a concrete jungle, filled with seemingly hundreds of skyscrapers that make for an obvious subject for vertical photographs,” the shutterbug explains to The Creators Project.  He uses Google Maps and Street View to find potential subjects, then visits them to find ideal angles for immortalizing on a still.  He adds that this kind of photography is “easier than you think.” 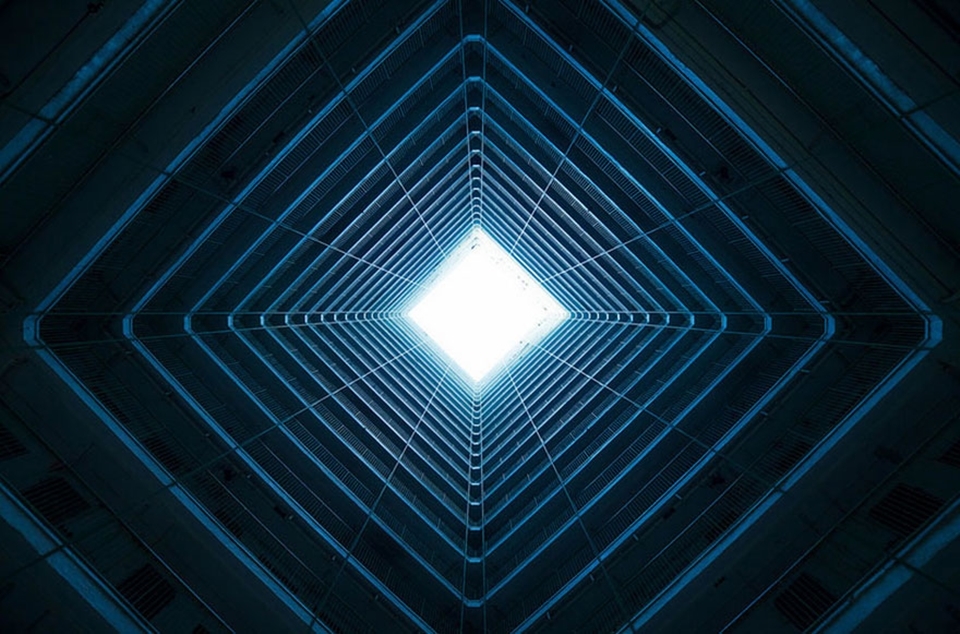 You can buy prints of the photos directly from Peter Stewart’s website.  Prices start at $49. 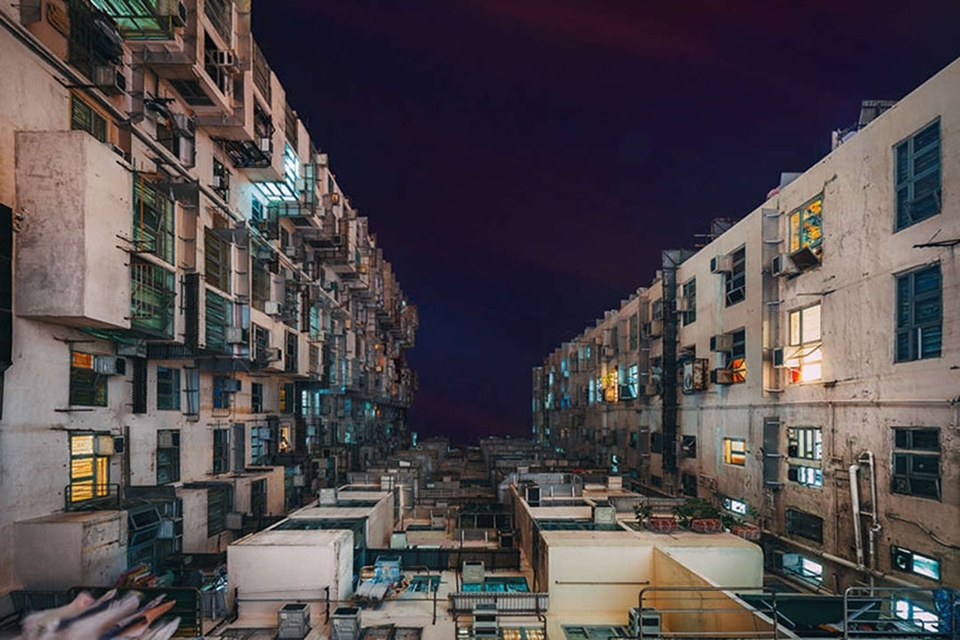 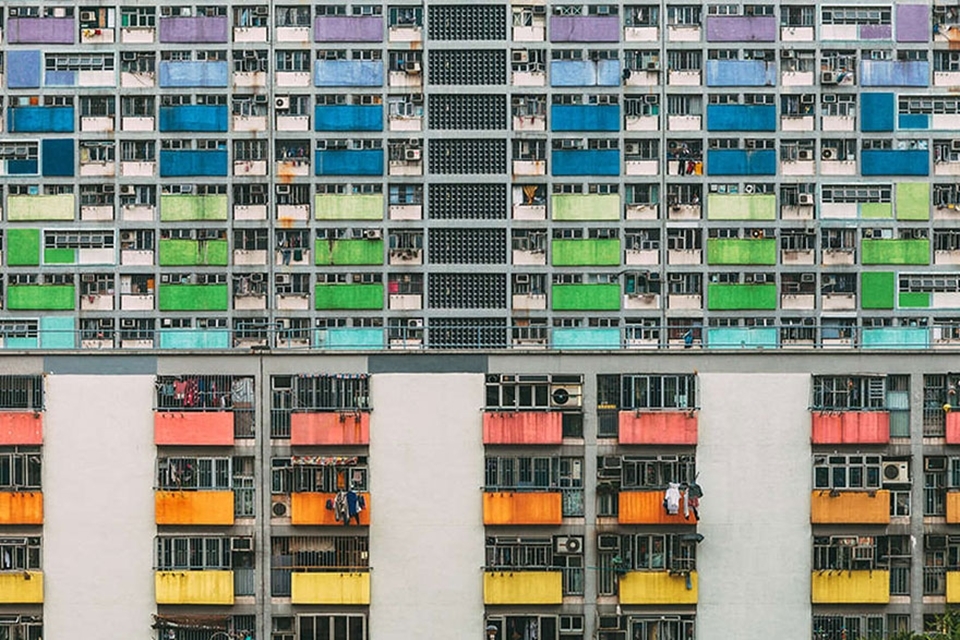