Check Out These Star Wars Underoos… For Grownups 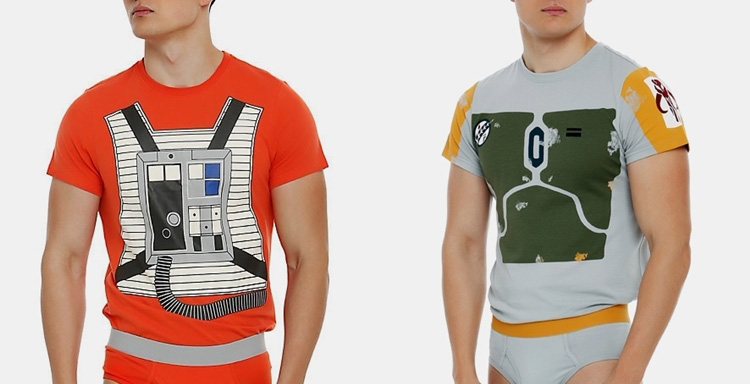 Last year, Hot Topic resurrected the Underoos brand as a line for adults, giving grown men and women the means to deck themselves in undergarments depicting 80s-era cartoon heroes. This year, they’re growing the line further, unleashing a selection of Star Wars Underoos that you can wear to make you feel like you’re part of the Rebel Alliance beneath that suit and tie you wear to work.

Right in time to take advantage of the franchise’s return to the big screen later this year, the set comes in six designs, all depicting characters from the epic space saga. Sadly, only three designs are fashioned as costumes, with the other three being photographic depictions, just like the original Underoos would do with characters whose costumes aren’t really all that recognizable (ex. Yoda).

Still, three Star Wars Underoos done up like “underwear that’s fun to wear” ain’t bad. Guys can get top and bottom underwear sets of either Boba Fett or Luke Skywalker, with the girls able to dress up in a C-3PO undergarment costume. Yeah, the options are a little paltry, but maybe they’re releasing more designs as the film launch gets closer, so don’t despair yet, Star Wars diehards. Each one is made from 100 percent cotton and comes in vintage-style Underoos packaging.

Available now, the Star Wars Underoos are priced at $19.60.