SupaBoy Crams An SNES Console Into A Handheld Device 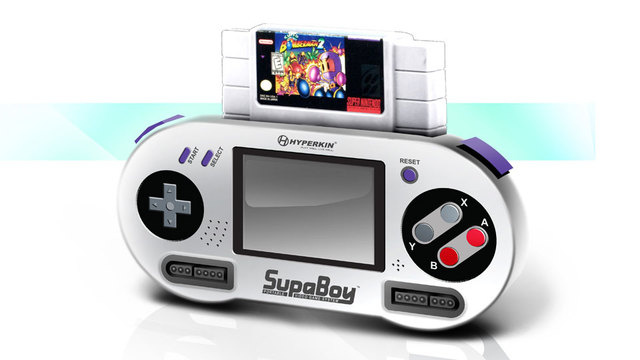 It’s 2011 and video games are better than ever.  Yet, you still long for those crappy arcade games that kept you entertained during your youth.  Soon, you can take the train to work while waxing nostalgic with the SupaBoy, a Super Nintendo handheld console.

Created by Hyperkin, this ain’t no ROM player either. Instead, you’re supposed to insert actual Super Nintendo and Super Famicom (Japanese version) cartridges in order to play.  If you’ve kept all your games from the early 90s and resisted bartering them on eBay, here’s your chance to put them to good use one more time (make sure to dust them off and remove all the spiders living on the plug-in area, though). 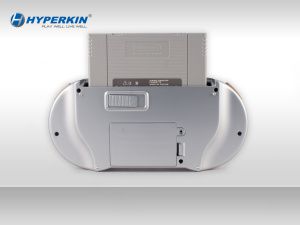 The SupaBoy comes with its own 3.5-inch LCD and a full set of controls, so you just plug in the cartridge up top and start playing.   Two controllers slots sit in front, allowing you to connect old-school SNES pads for two-player action if you still have them.  And if you’re having your childhood best friend over, you can tether it to a TV, too, reliving the old days while swigging copious amounts of homebrewed beer.

A rechargeable battery sits inside the 11.2-ounce frame, powering it for an estimated 5.5 hours of play.  We’re guessing there are speakers onboard, too (so you can irritate other passengers with 8-bit game tunes while playing in the train), although no specs are listed on the site.

As of now, the SupaBoy is still in prototype stage and there’s no definite release date.  Expected pricing is already set, though, at $79.99.