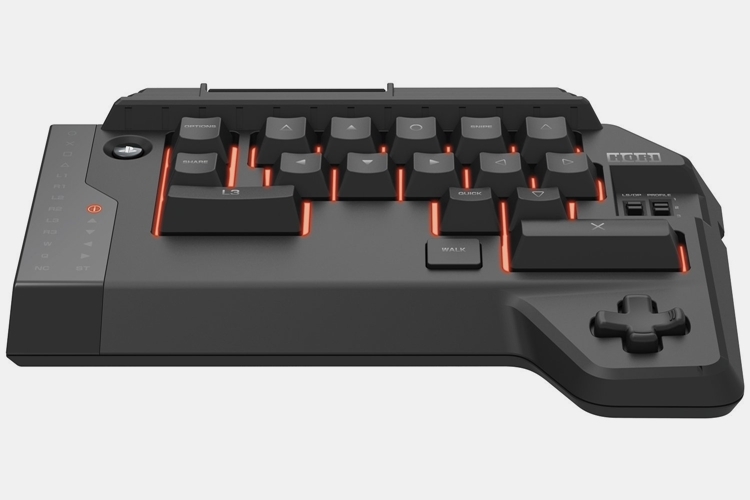 Made by Hori, the setup consists of a miniature keyboard and a full-size mouse, both of which are designed to be used on a table just like traditional PC peripherals. That way, those who prefer the speed and accuracy of the PC-gaming staples can get it while playing first-person shooter titles in their mom’s living room (instead of her basement, where your gaming PC is). 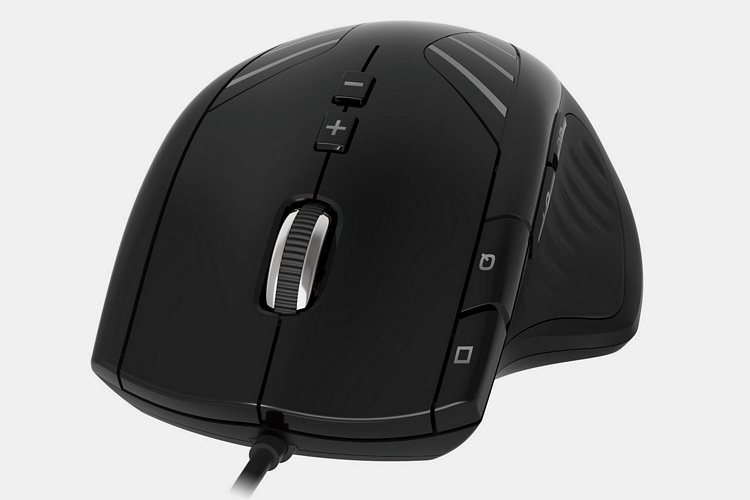 The Tactical Assault Commander 4 uses a mouse that should be familiar to anyone who’s used a computer (well, everyone) and a keyboard that’s way more compact than those traditionally used on PCs. It has 16 large keys spread across four rows, including dedicated arrow, “snipe,” and “quick” keys, with a D-pad, a walk key, and a shoulder trackpad. During use, the keyboard plugs into the console, while the mouse plugs into the keyboard, both via a USB connection. As with PCs, all keys can be mapped, so you can reassign controls to suit your personal playing preferences. The keypad is backlit, too, making it look like an actual PC gaming setup. 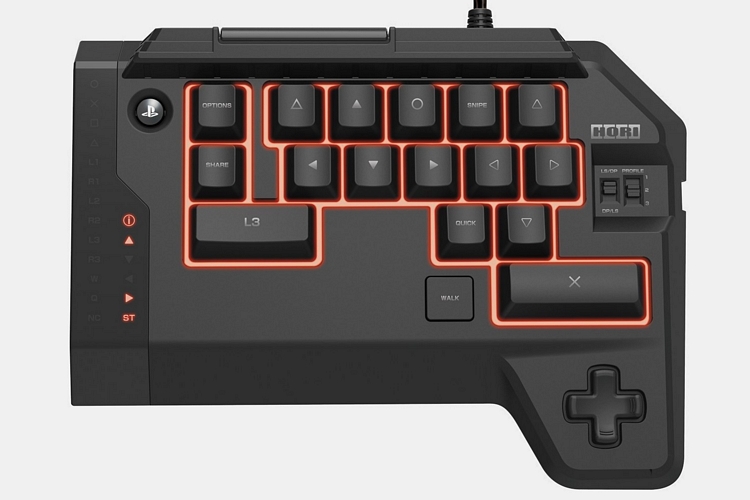 Granted, using a mouse and keyboard in the living room with the couch and coffee table doesn’t sound like the most comfortable gaming ergonomics, but if you’re willing to tough it out, the Tactical Assault Commander 4 will drop in November, priced at £86.35.