Enjoy The Outdoors While Suspended From This TreePod Cabana 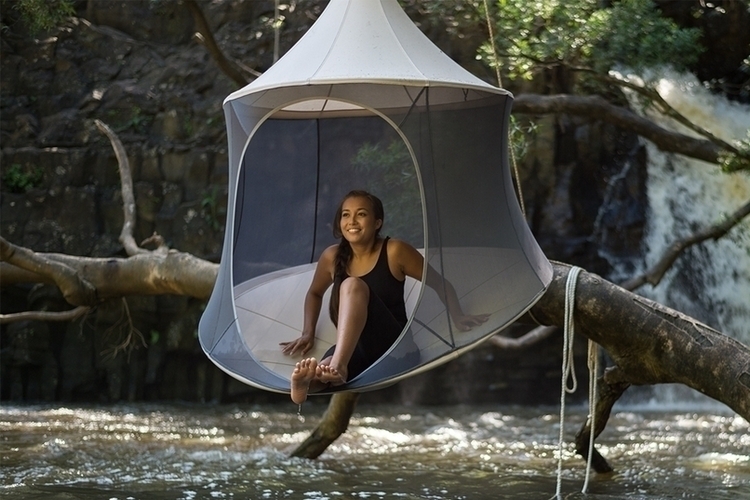 We’re big fans of TreePod’s hanging treehouses, which gave parents an easy way to set up a suspended fort for their kids. This year, they’re making an adult-sized version of those hanging treehouses in the form of the TreePod Cabana. No, it’s not the quite the Camper they promised last year, but it’s a definite step towards that.

Like the kids version, the shelter comes in the shape of a pod designed to hang from tree branches, beams, and similar structures. Unlike it, this one’s sized for adults, so you can set it up in the backyard as a hammock alternative or bring it camping for a brand new way to relax during downtime. 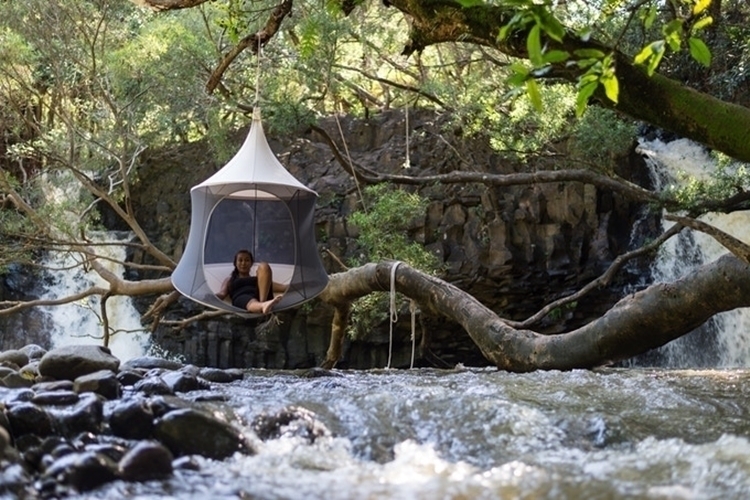 While the original TreePod design used a ring on the base to create a wide floor space, the TreePod Cabana puts a similar ring in two places – one at the base and another one at the ceiling. That means, it doesn’t take on an inefficient cone shape like most hanging pods, enabling it to maximize the room between the floor and the ceiling. It comes in two sizes: 5.5 x 5 feet (height x diameter) and 6 x 6 feet, with both variants supporting weights of up to 500 pounds.

Only a single anchor point is required to support the tent, whether it be a tree branch, a hook on the ceiling, or a customized stand. The new design is also stable enough that there’s no need to anchor it to the ground like the children’s version, so set up should be even simpler. According to the outfit, up to three adults can fit inside the shelter, although they have lifestyle photos where up to four people are chilling inside. Probably just be careful you don’t exceed the weight limit too much. 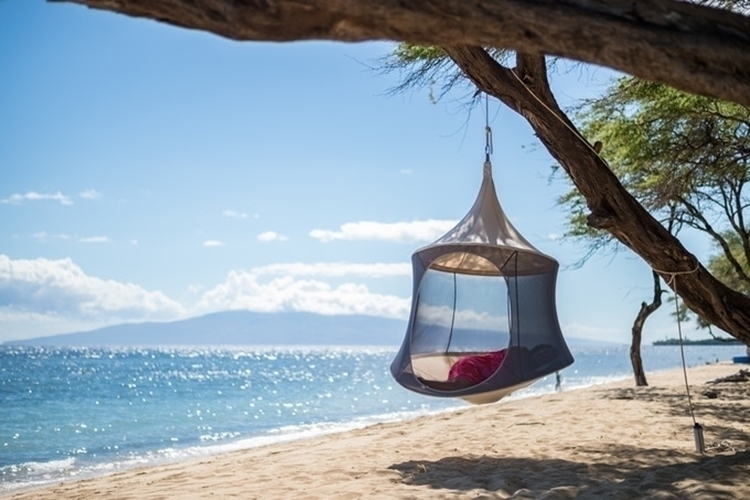 The TreePod Cabana comes with mesh walls for the shelter’s body, giving you a full 360-degree view of the surrounding area. This makes it ideal for hanging on campsites and beaches, since you can enjoy the scenery while lounging in the shade of a peaceful shelter. In case you prefer a more tent-like privacy, they also have a model called the TreePod Lounger that’s exactly the same, albeit with more traditional canvas panels for the wall. A large round door makes it easy to enter and exit the shelter, with the steel frame ensuring durable function and support. 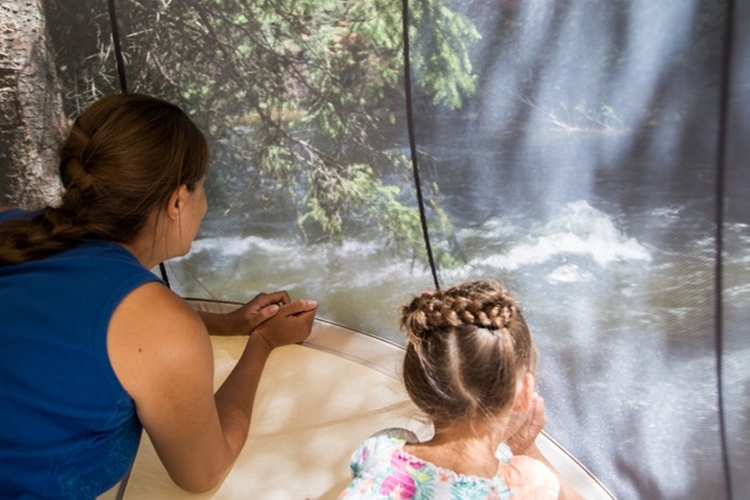 The best part? The whole thing can collapse into a small bag similar in size to a gym duffel, making it easy to carry even if you’re going off on foot. Yes, even the rings break down into multiple parts, allowing the whole thing to fit in a compact bag. Do note, the fact that it breaks apart into multiple parts means you will need to put this together once you’ve found a hanging spot. That assembly time plus the amount of time it takes to tie it down in a stable manner will probably take the better part of a half hour, so make sure to allot some time for setting up.

A Kickstarter campaign is currently running for the TreePod Cabana. You can reserve a unit for pledges starting at $140.