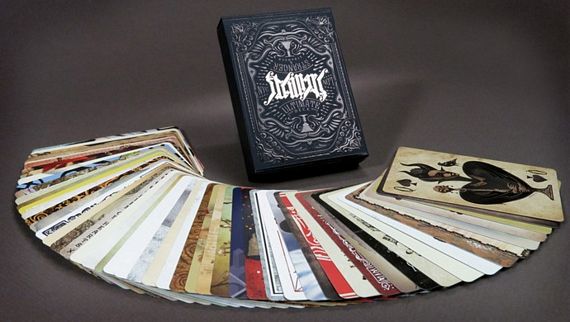 The standard 52-deck playing cards is one of the most enduring timesuckers ever devised and we love it to pieces.  If only it weren’t so boring to look at.  Well, if you’re looking for a standard deck with as much personality as elaborate tarot sets, you’ll love this Ultimate Deck.

Created by Dan and Dave in collaboration with Stranger & Stranger, the deck ditches the standard set of playing card graphics in favor of bespoke artwork that incorporate classical art with illustrations from contemporary artists.  Billed as “one-of-a-kind luxury deck,” each card comes with its own unique illustration, along with an elaborate back design.  These aren’t just random drawings either — instead,  every single illustration represents a unique story related to the card. 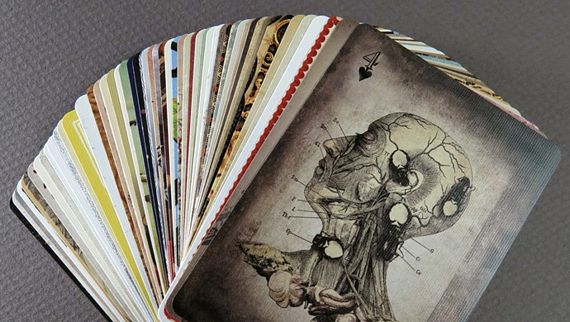 What kind of art can you expect on the cards?  The Ace of Spades, for instance, features an apple tree landscaped into the shape of a Spade with a serpent wrapped around it.  The two of hearts, on the other hand, depict a pair of cherubic children holding a human heart over a barrel.  One of the Jokers feature the bust of an angry rat-like creature with a jester hat.  Basically, a lot creepy imagery guaranteed to satiate your horror cravings.

The cards can be bought as a standard deck of 54 cards (two Jokers), packed into an elaborately-designed tuck-case with embossed elements and foil accents.  To those who want to buy it for display purposes, they also sell it in uncut form, with all the cards attached to each other prior to cutting, like a giant poster. 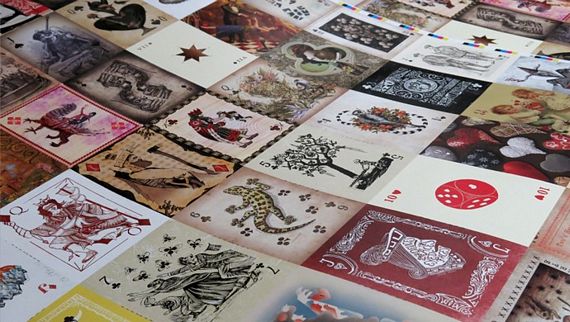