Astropad Turns The iPad Into A Professional Drawing Tablet 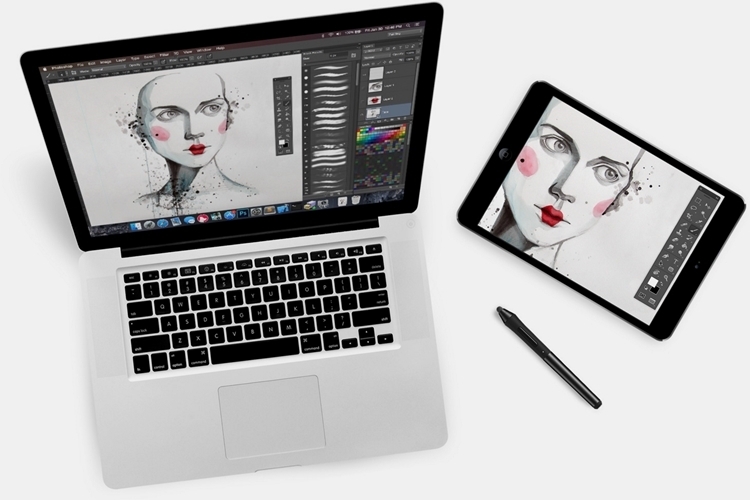 While you can do a decent job drawing on a mobile tablet, nothing beats the kind of stuff you can produce on a desktop computer and a dedicated drawing tablet.   But what if you can turn an iPad into a drawing tablet for interfacing with your favorite graphics software on the Mac? That’s exactly what Astropad does.

Designed strictly for iOS and OSX (sorry, everybody else), it transforms Apple’s do-it-all tablet into an actual drawing tablet. While it’s not the first attempt to do this, it may be the first successful one, as it lets you use the iPad to draw on your Mac with the same ease and quality as an expensive rig from Wacom can provide.

Astropad, basically, reproduces whatever is on your computer’s display onto your iPad. It creates an exact replica (scaled to size to the smaller screen, of course) that’s true to the source material, complete with color-corrected output, retina resolution, and no compression artifacts. Even better, the software’s proprietary technology, called LIQUID, cuts down the response time from the iPad to the Mac over Airplay to a 12ms delay, so everything you draw on the tablet is reflected on the computer screen almost at the exact same time.

The software still supports regular touch controls, so you can use taps to customize shortcuts and even pinch to zoom and pan. It supports almost every pressure-sensitive pen in the market, too, so it’s likely you’ll be able to stick with your favorite stylus tool.

Available now, the Astropad is offered as a free download for the iPad, although the Mac version is priced at $50.