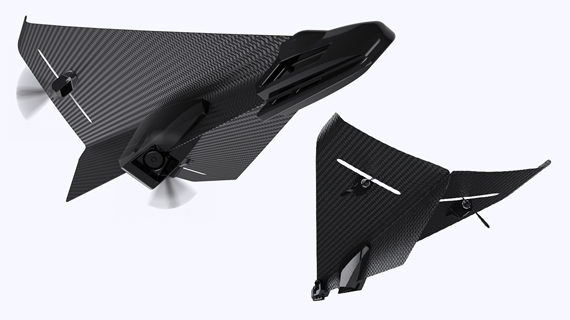 Sure, the Power UP can help you turn any paper airplane into a remote-controlled flyer. But it’s still just a flimsy paper airplane that you folded at home, which will likely be totally decimated once it runs into this Carbon Flyer during a mid-air collision.

Made by Trident Design, it’s styled to look like a sleek, stealthy paper airplane. Of course, it actually isn’t. Instead, it’s constructed entirely from lightweight yet strong carbon fiber, so simple collisions and even nasty crashes isn’t likely to put it out of commission. 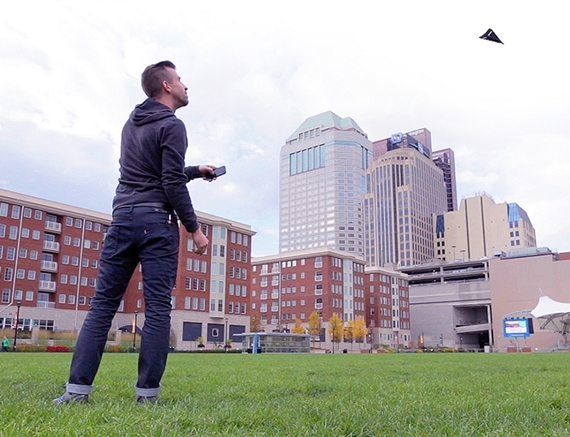 The Carbon Flyer draws its flying ability from a pair of 7-mm coreless motors mounted on each wing, allowing it to turn by simply varying the speed of each motor (e.g. if the left motor slows down, it turns left as a result). This dual-motor setup gives it more lift and propulsion than the Power Up, while also allowing it to carry an onboard video camera. Sure, it’s no GoPro at just a VGA shooting resolution, but it does give you a different way to enjoy the terrain your RC plane is able to survey. Do note, there is no live feed of the video, but it records everything to an onboard SD card for later viewing. 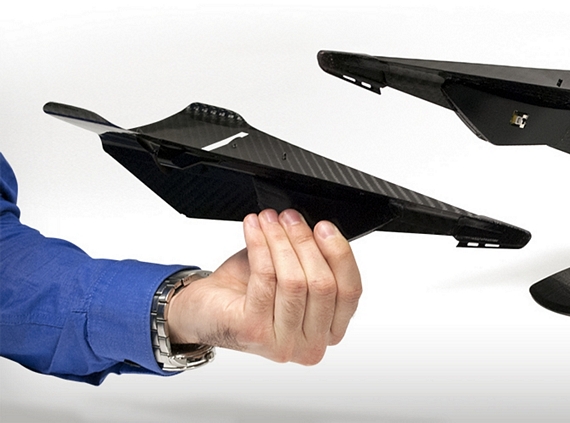 Power is provided by a 150 mAh battery that, sadly, can only provide three minutes of flight time on a full charge, although you can swap batteries on the spot, so you can quickly send the plane back in the air. Everything is controlled from the accompanying app — just tilt the phone to steer, with an onscreen slide control serving as the throttle.

An Indiegogo campaign is currently running to fund the Carbon Flyer. Pledges to reserve a unit starts at $149.