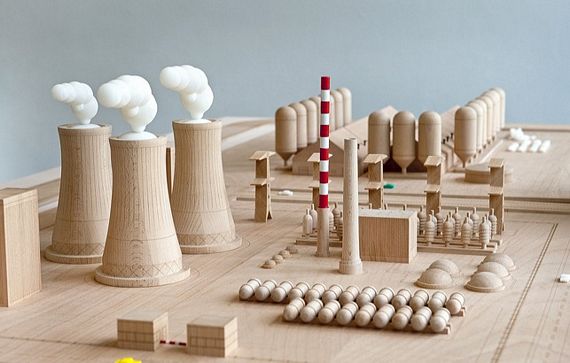 Looking for a new landscape to unleash your zombie army men upon?  If you’re having a hard time finding anything beyond the standard battlefield miniatures, you’ll probably be drooling over these Critical Blocks.

Created by former construction worker Maykel Roovers, it’s a set of wooden miniatures that let you recreate a few scenes beyond your standard battlefield props.  And they’re all gorgeous as heck, since the pieces were actually built as a graduation project at the Academy of Arts Arnhem. 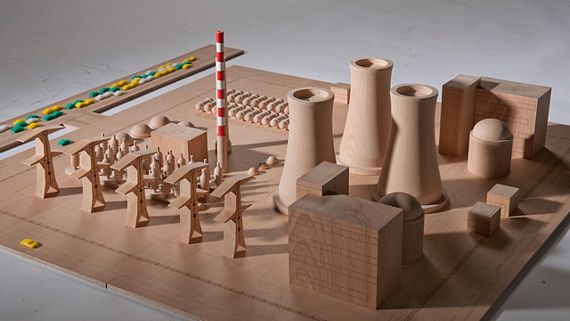 Three sets of Critical Blocks are available: an apartment complex, a mega farm, and, probably the most intriguing of the set, a nuclear plant.  The block apartment complex is the simplest of the bunch, a building structure where you can position your snipers as they take zombies down one by one.  The mega farm, on the other hand, is an elaborate set with multiple barns of different sizes and huge water tanks.  The best set, however, is the nuclear plant, which gives you a full-on site for that nuclear explosion that creates your army of zombies, along with all sorts of mutants and abominations.

The sets, all created using laser-cut wooden blocks, bear a near minimalist style, with their natural wood finish and the actual shapes acting as the most identifiable feature.  The artist is also working on new sets, including oil platforms and mega-factories.

Want to buy a set?  Since the existing Critical Blocks sets are one-of-a-kind creations, they’re not cheap, going for between €1,200 to €1,400 each.  According to Roovers, he’s currently in discussions with manufacturers about the possibility of mass-producing the blocks as real toys, instead of painstakingly laser-cut pieces.  If the price is a bit too rich for you now, maybe you can wait for that instead.