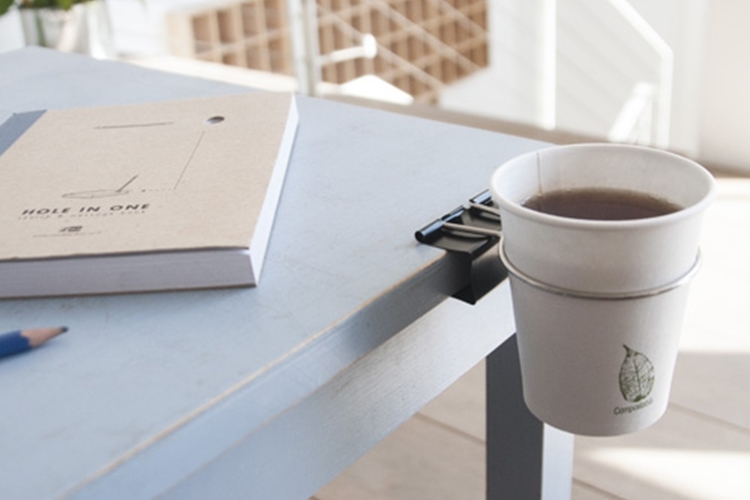 Bulldog clips are plenty useful in the office, letting you hold thick stacks of paper together, all while also working as a serviceable cable organizer for keeping wires bundled right by the edge of a desk. A simple redesign of the clip’s arm has allowed the Cup Clip to transform the office classic into a secure and stable cup holder.

Designed by Yaacov Kaufman for Animi Causa, it’s a bulldog clip with one of the arms sized and shaped to hold a standard drinking cup. Whether you’re sipping a cup of latte from the coffee shop next door, drinking some soda you poured onto a solo red cup, or want a cup filled with gummi bears without taking space on the desk, this is exactly the tool to make it happen. 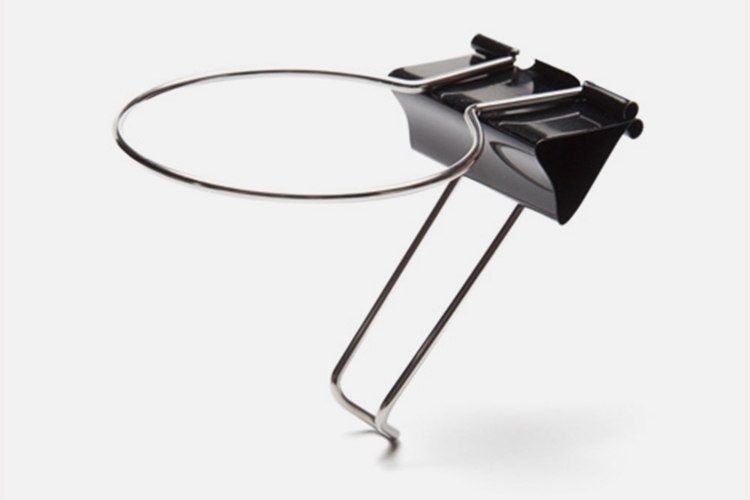 Like traditional bulldog clips, the Cup Clip is made from sturdy metal, so it can clamp securely onto the edge of a table and grasp onto a full cup in a stable manner. Since it only takes a small amount of space, you should be able to fit a bunch of these onto most work desks, allowing you to have multiple cups for whatever need you have for them. You can put one for your coffee, another for a stash of jelly beans, another for a pencil cup to hold your office supplies, and so on. 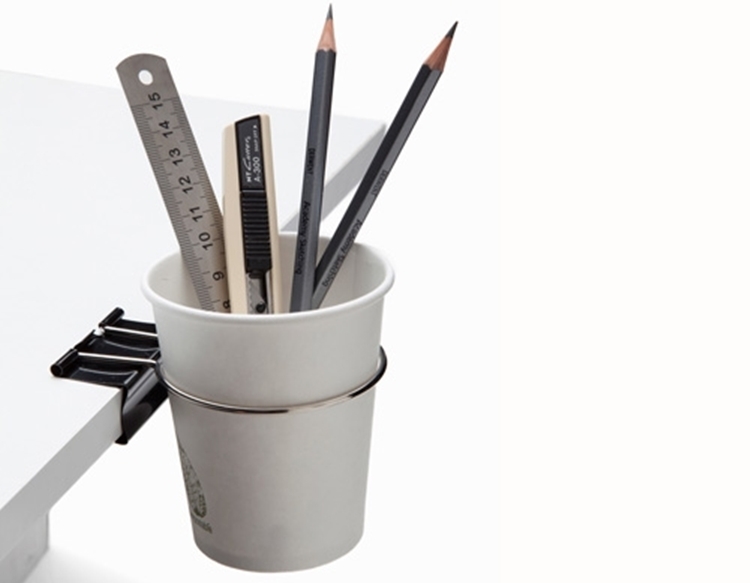 Function is very similar to the Drinklip, except with a design that’s a lot closer to classic bulldog clips, so it shouldn’t be too out of place in an office environment. It should work for most anything else you use bulldog clips, too, whether you’re binding a thick file of documents, organizing wires, or sealing up the bag of chips for later.