This Glass Lets You Drink Two Different Beers In One Sip 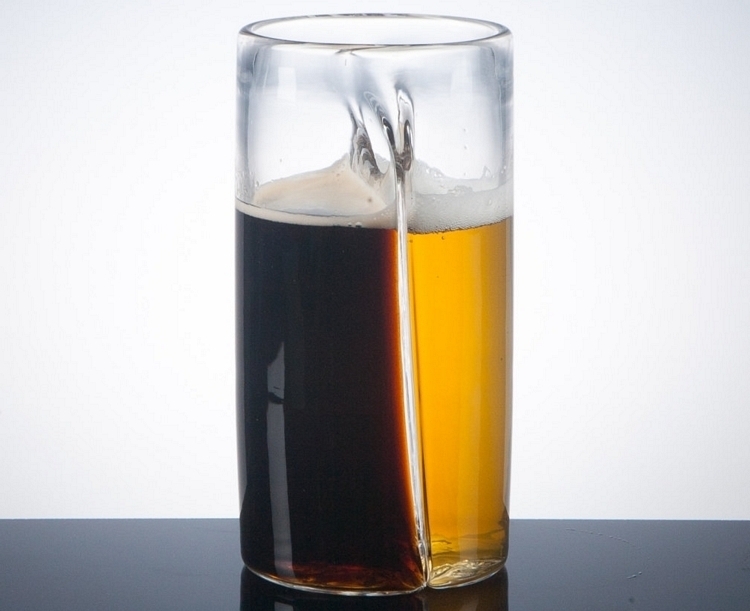 Some people like regular beer. Others prefer those fancy craft brews. Still, some folks like to take their beers two at a time. You know, those sophisticated connoisseurs who layer one beer on top of the other right on the pint before chugging them down. The Dual Chamber Beer Glass is designed for that last group of people.

An alternative to layering two beers on top of each other, the glass allows you to pour the two beers on their own individual chambers, so they mix together only right when you’re drinking. Whether you’re mixing a dark stout and a pilsner, a Guinness and a pale ale, or some newfangled combo you’ve grown to love, the outfit claims this glass will allow you to enjoy it a whole lot better. 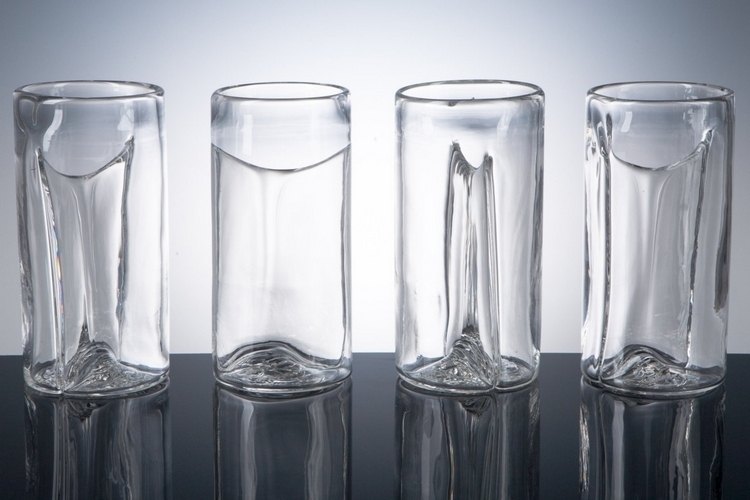 Designed by the Pretentious Beer Glass Company, the Dual Chamber Beer Glass has a divider that runs right down the middle, splitting the drinking vessel into two separate compartments. The divider, however, ends towards the lip, allowing the two beverages to combine once they slowly slide into your mouth. Each one is handcrafted from glass, so expect each drinking vessel to be slightly different in exact dimensions and finish just like many handmade products.

It measures 6 x 3 inches (height x diameter), with an interior chamber that can hold around 13 ounces of swill. Not being familiar with mixing beers, we’re not entirely sure how the experience will differ when you separate the beers instead of pouring them in layers, although this should help you enjoy drinking a Half and Half at home without accidentally blending them together incorrectly. 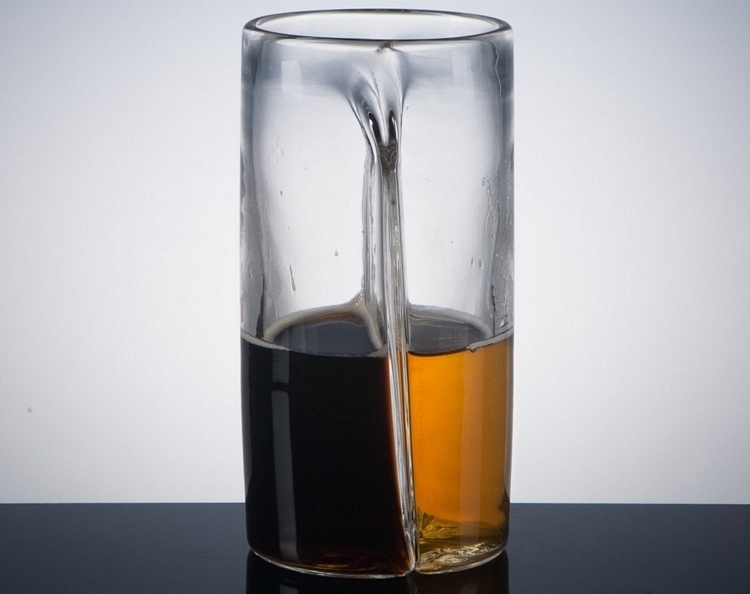 According to the outfit, having the Dual Chamber Beer Glass separate the chambers should make preparing those types of drinks easier, since it saves you from having to carefully pour each layer using a jigger. That’s right, you can make a Half and Half just by pouring the beer in straight from the bottle, which should make your amateur bartending duties just a little bit easier. As a secondary benefit, the outfit claims, having both beers sitting side by side on a single glass allows you to enjoy their scents simultaneously instead of only catching a whiff of the beer that settles on top. 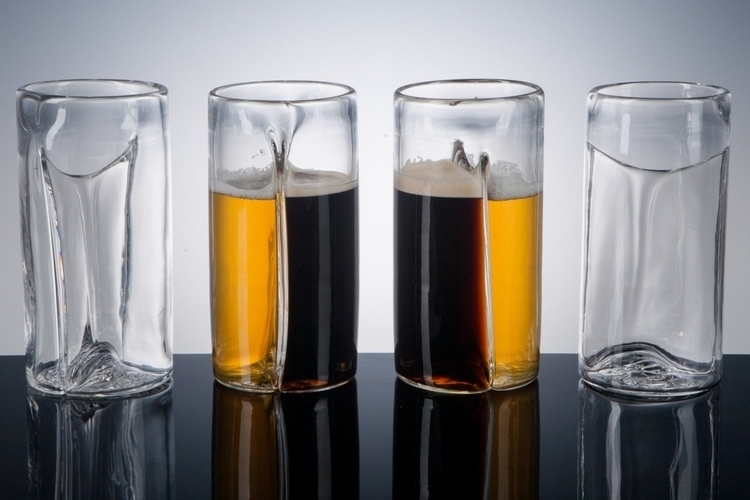 Do note, having the beers mix at the lip when you’re drinking means some of the separated beverages might end up jumping over to the other side. As such, the darn things don’t exactly stay unmixed, although only minimal amounts of each beer should mix (the outfit estimates five to ten percent by the end), so it will preserve most of the taste until the time you take another sip. Each one is packaged in a branded gift box with a card that lists recommended beer pairings, so you can use it as reference for combinations you might want to start trying out.