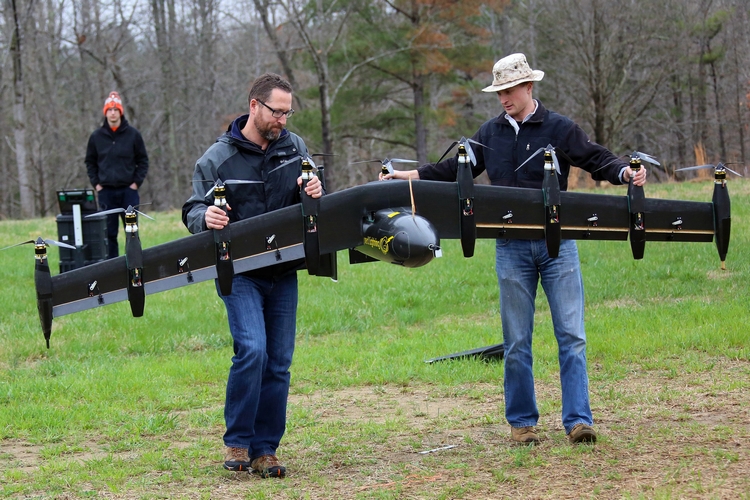 NASA has successfully completed a flight test for the Greased Lightning GL-10, a prototype unmanned electric plane that takes off like a helicopter and flies like an airplane. That’s right, the best of both aircraft technologies in one.

Like helicopters, it’s able to take off and land vertically, requiring no more than a small amount of open space. Like fixed-wing aircrafts, it’s able to thrust forward at high-speeds, allowing it to run more efficiently than traditional rotorcrafts. 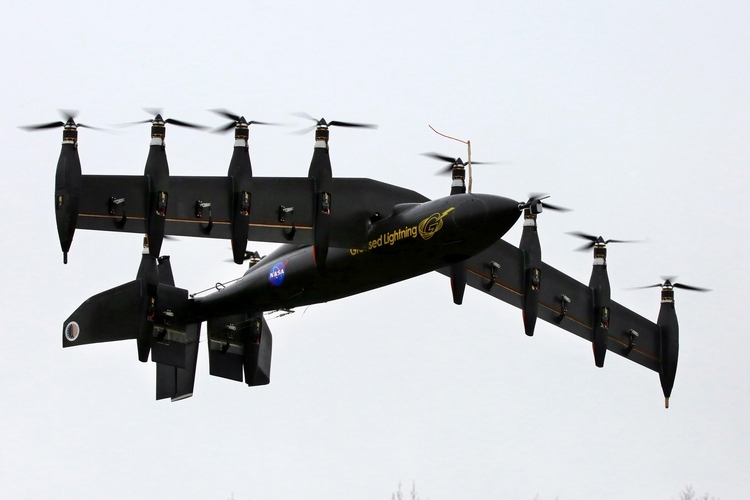 The Greased Lightning GL-10 starts out with the wings and tail facing up, its ten rotors (four on each wing and one on each side of the tail) oriented upwards to facilitate a vertical takeoff. Once successfully in flight, the wings and tail section then tilt forward, allowing it to fly with the mechanical efficiency and reduced drag of conventional airplanes. While ten motors sound like it will be complicated to fly, it’s actually piloted as a three-motor aircraft, treating the four motors on the left wing as one, the four on the right wing as one, and the remaining two on the tail as the third. 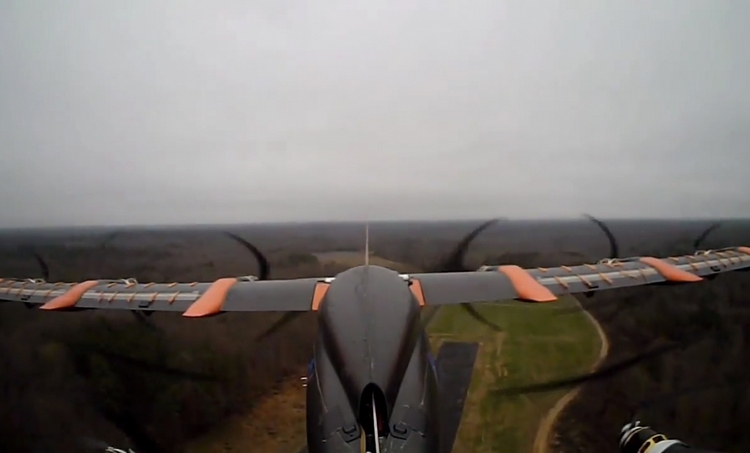 While the plan is to scale the technology into full-sized planes, the current unmanned prototype has a wingspan of just 20 feet and a dry weight of 55 pounds, making it more of a large drone than a proper airplane for carrying passengers or cargo. Power is fed through the motors using an onboard lithium-ion battery, which is charged through a pair of 8 bhp diesel engines inside the aircraft’s body.

Watch a video of the flight test below.