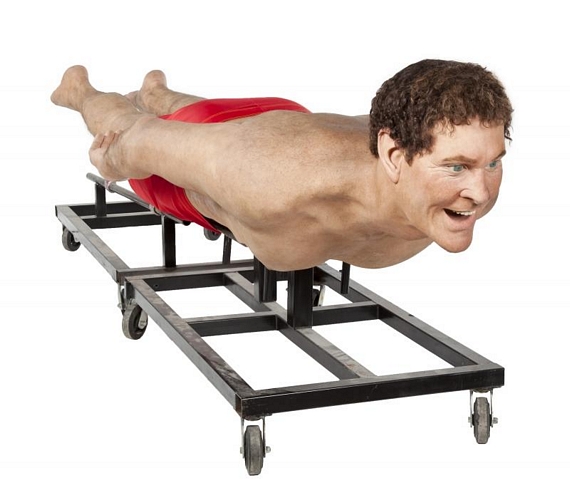 Ever wished you could own a statue of David Hasselhoff during his Baywatch prime?  We have no idea why you’d desire something like that,  but if you do, there’s an oversized David Hasselhoff Lifeguard Figure that can help you realize it.

Sporting a likeness of the Hoff’s Mitch Buchanon character in a swimming pose, the figure is perched on its stomach atop a rolling base that lets you easily push it around the house like a wheelbarrow.  You can even use it to give the kids Hassellhoff rides (they sit on his back), potentially making this a huge hit during children’s parties.

The David Hasselhoff Lifeguard Figure measures 14-foot long, so you get a giant Mitch Buchanon to show off around the house and play with.  Since he’s depicted as an expert swimmer rescuing people at the beach, the Hoff is half-naked, wearing only the trademark red shorts all the male lifeguards in the series wore.   Oh yeah, it’s also bearing the Hoff’s face in pretty maniacal form, almost like he’s channeling Nicolas Cage at the height of his crazy. 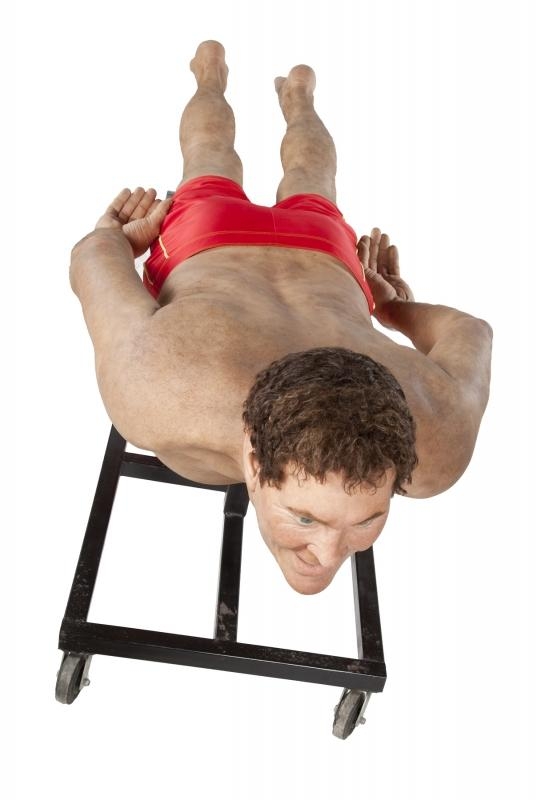 The statue, by the way, was originally used as a prop in the SpongeBob SquarePants Movie from 2004, on the scene where SpongeBob and Patrick swam across the ocean right on the Hoff’s back.  It also popped up during the red carpet event for the Comedy Central Roast of David Hasselhoff from a couple years ago.

Set to go on sale at Julien’s Auctions this month, the David Hasselhoff Lifeguard Figure will have a starting bid of $10,000.