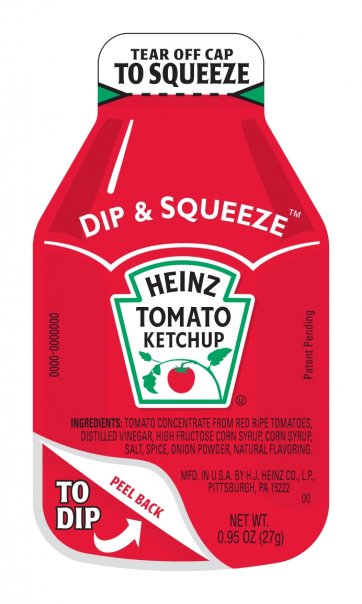 I hate ketchup packets with a vengeance.  Why bother producing a container with so little ketchup in it?  That’s just ridiculous.  Heinz has finally decided to do something about it, turning out a packet that both contains more of our favorite french fries companion and offers more flexible use.

Called the Dip & Squeeze, the redesigned packet lets you use your ketchup in two different ways. You can choose to squeeze it out by tearing off the “cap” or dip on it by peeling back the lid.  Either way, you’ve got a choice – something traditional packets (which have been in use since 1968) don’t exactly afford you. 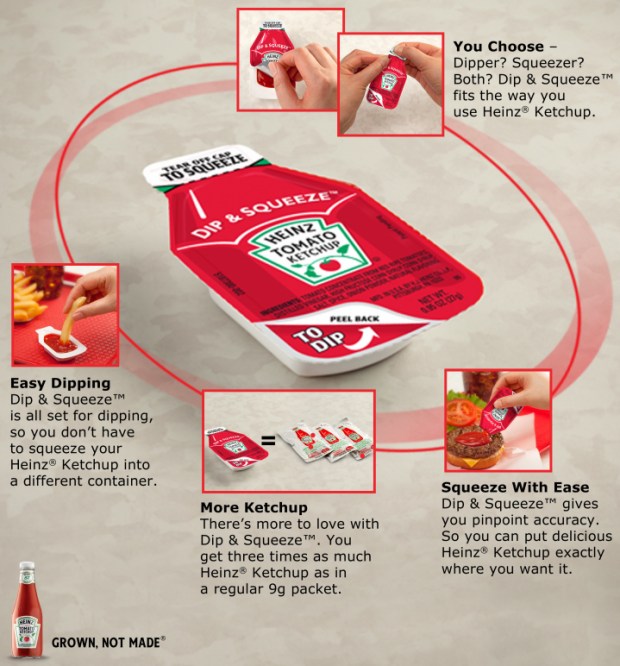 Even better, though, the new ketchup packaging carries three times the contents of existing tear-off packets.  That means I only need ten of these to get through my large fries, instead of 30.  It’s not a perfect solution (seriously, I need to carry a bottle of ketchup all the time), but it’s a step in the right direction.

Yes, call the President and give these guys an award.  This is the greatest thing to happen to fast food since the invention of supersized meals.  Heinz says the Dip & Squeeze will be available in your favorite joints by the end of the year.