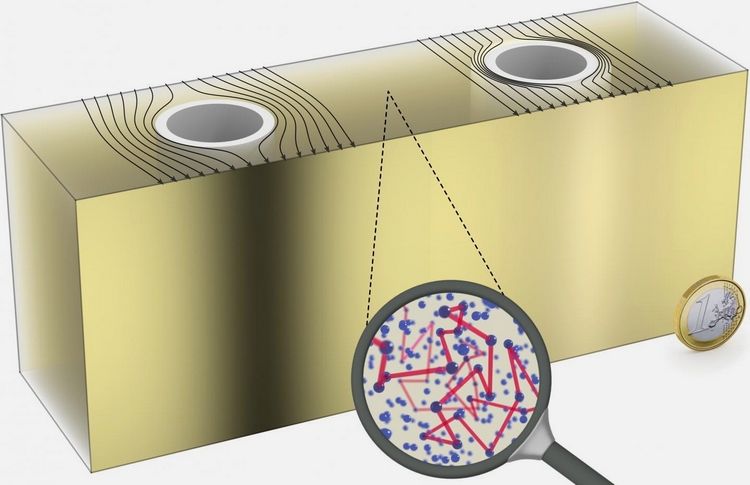 Yes, people have made invisibility cloaks before. So far, though, all we’ve seen are minuscule versions that only work with very, very tiny objects. A significant stride appears to have been made, however, as a group of researchers managed to create a scaled-up version that can cloak still-small-but-relatively-larger objects like keys and tiny pet lizards.

Created by a team from the Karlsruhe Institute of Technology (KIT), it’s the first invisibility cloak that can hide objects big enough to make them viable for classroom demonstrations, since they don’t require specialized equipment (such as lenses, as we’ve seen in other projects like the Rochester Cloak) in order to work. Like other previous invisibility cloaks, the new one diverts light around an object to shield it from detection; unlike them, it uses modifications that enable the ability to hide larger items.

Compensating for the increased distance the light will travel has been the fundamental challenge for any invisibility cloak. In the KIT team’s version, they developed a silicon-based organic polymer that’s mixed with titanium dioxide nanoparticles, which scatters the light waves and slows down their propagation. This light is then restored to normal speed later to make up for the longer path, creating the optical illusion. In the new system, the team will place an object they want to cloak inside a hollow metal cylinder that’s coated with acrylic paint, which is then embedded inside the team’s light-scattering polymer.

The first public demonstration of the technology will take place in a presentation called “All-Solid-State Invisibility Cloak for Diffuse Light,” which is scheduled for May 13th at the Executive Ballroom 210C of the San Jose Convention Center.