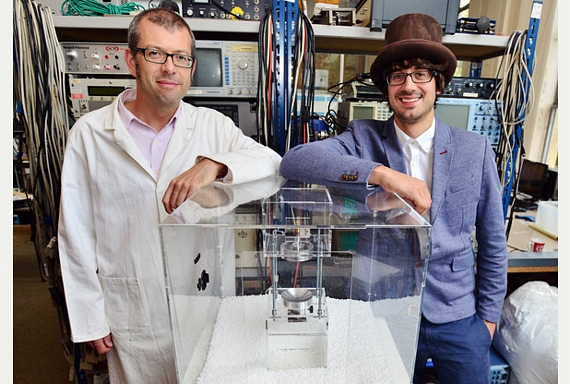 What if, instead of sipping your rum and coke from a glass, the cocktail itself can float so you can simply slurp it out of the air?  That’s the idea behind the Levitron Cocktail Machine, an ultrasonic levitator that sends small drops of alcohol into a floating state.

Created by Bristol entrepreneur Charlie Francis (the same guy behind that wonderful Glow in the Dark Ice Cream) and Bristol University professor Bruce Drinkwater, the machine produces supersonic sound waves that create a levitating field where drops of any cocktail can be sent floating.  Why do we need this?  We have absolutely no idea.  But, hey, an alcohol fountain with small drops of the good stuff floating around waiting for you to slurp it out sounds like it could be fun. 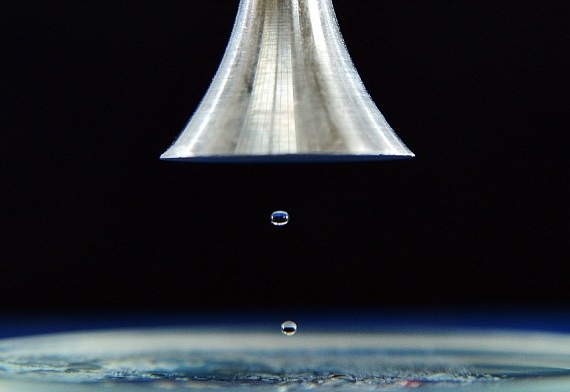 Because the Levitron Cocktail Machine can only levitate very small amounts of alcohol, it uses heavily-concentrated cocktails.  The current drinks they are testing it with, a levitating gin and tonic and a levitating Bloody Mary, come in at 70 percent proof and 160 percent proof, respectively.   The drinks are so potent that the average person is expected to get drunk from licking just four droplets of the cocktails.

Designed to set up in two hours, you simply spray or pour a small amount of the cocktail directly onto the path of the sound waves once the machine is up and running.  In its current form, the prototype costs £30,000 to build, making the prospects of a production run simply not feasible, so you’ll have to keep drinking your libations out of a glass for the foreseeable future.