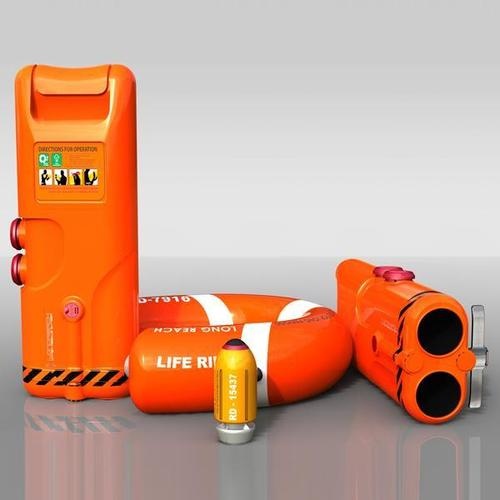 A total of 15 amazing entries made it to the finals of this year’s James Dyson Award.  The winning invention, however, is a brilliant lifesaving device that includes a grenade launcher as one of its parts: the Longreach.

Created by Australian industrial designer, Samuel Adeloju, the novel system lets you fire a bazooka at your drowning victim.  Instead of exploding rockets, though, it shoots a clever little missile that expands into a bouyancy aid as soon as it hits the water.  Hopefully, the overwhelmed swimmer can grab on to it and stay afloat, while your bleached-blonde, bikini-clad lifeguards begin swimming to get them back to shore.  Yes, lifeguards really do look like that… I swear. 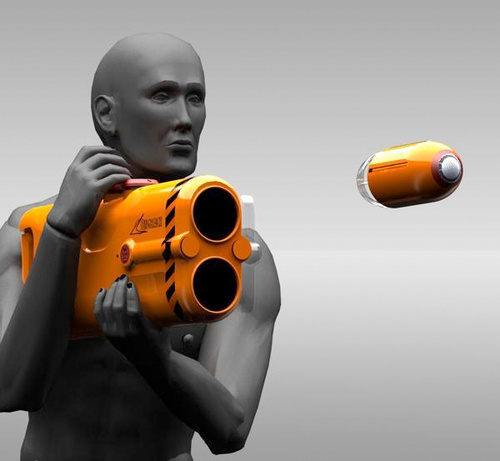 The Longreach uses two primary components: a portable rocket launcher and a compact missile (small enough to fit into a cupboard standing).  Using the same propulsion technology employed in bazookas, the launcher can shoot hydrophobic foam missiles at a distance of over 490 feet.  As soon as it hits the water, it expands to 40 times its size within 15 seconds, giving the drowning victim a bouyant float to hold on to while waiting for help.  Each one has an attached flare, as well, to help the waterlogged person attract attention at night. 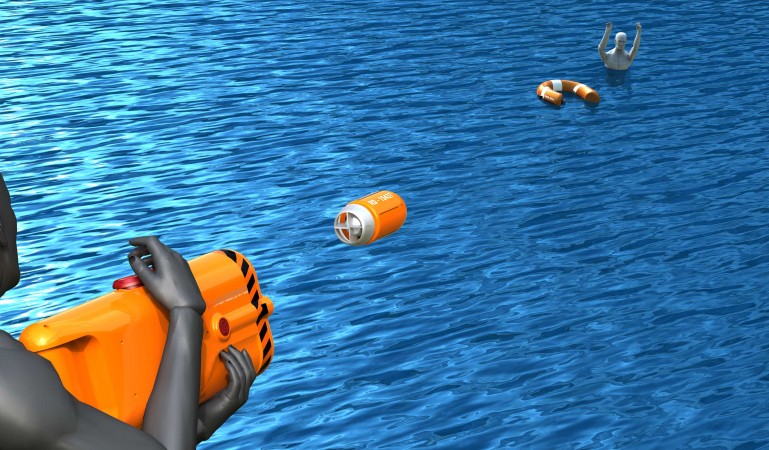 Samuel received £10,000 in cash as first prize for the competition, along with winning another £10,000 for the engineering faculty of his former school, the University of New South Wales.   He’s already begun talks with Surf Life Saving Australia and Westpac Rescue, an aeromedical search and rescue service, for mass-producing the invention.