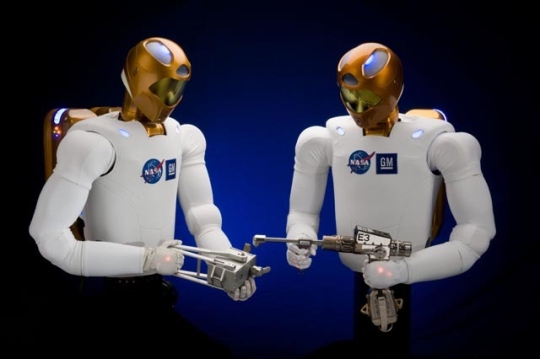 We all love robots.  Humanoid automatons, on the other hand, are just freaky to me.  I don’t want my robot housekeeper to look like Robocop, thank you very much.  That’s not going to stop NASA, though, who just finished introducing the Robonaut 2 (R2), a humanoid robot capable of many precise, human-like actions.

Created in collaboration with General Motors, the automotive assembly line is obviously one of this machine’s more likely destinations.  NASA’s interest, however, is in space exploration, where the humanoid’s forceful and accurate limb mobility can take people’s place in hazardous operations. 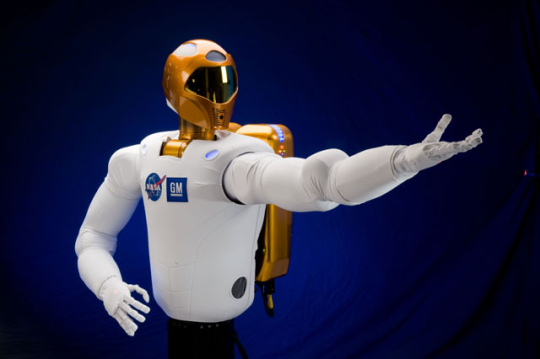 The R2 builds upon NASA’s Robonaut technology, a decade-old android designed in conjunction with DARPA.  This latest version takes on a similar form, with a humanoid upper body and a wheeled platform below the trunk.  According to NASA, it has strong limbs too, as each five-fingered hand of the R2 can lift up to 20lbs of weight, four times as much as previous high-dexterity robots. 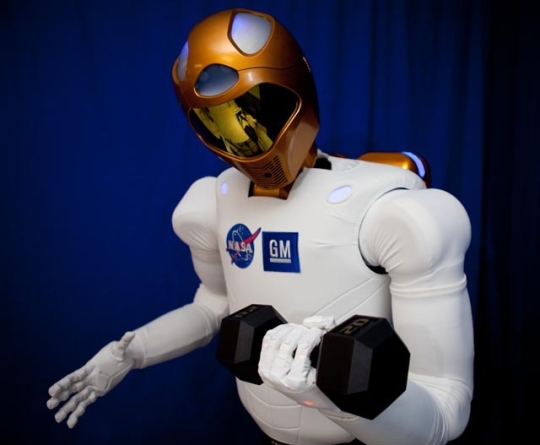 My, my, you have such powerful robot hands there Robonaut 2.   Those arms and hands, obviously, are this iteration’s standout feature, designed to provide the same grip, handle and range of movement as humans, allowing them to use the same tools (and, of course, weapons) previously reserved for flesh-and-blood folks.

Just make sure to keep this away from adult toy makers, NASA.  The things they can do with those fingers just leave me scared.  Okay, maybe a little excited too.  Tee-hee.