NASA Confirms The Existence Of Liquid Water On Mars

It’s been theorized for a couple of years that a surface feature on Mars called the “recurring slope lineae” (RSL) actually consists of water running down steep slopes. New observations carried out by NASA’s Mars Reconnaissance Orbiter (MRO) offer strong evidence that confirms what many scientists have thought all along: the RSLs are indeed the result of seasonal water flows occurring on the surface of the red planet. So, yeah, we have liquid water on Mars, which opens the possibility of life. 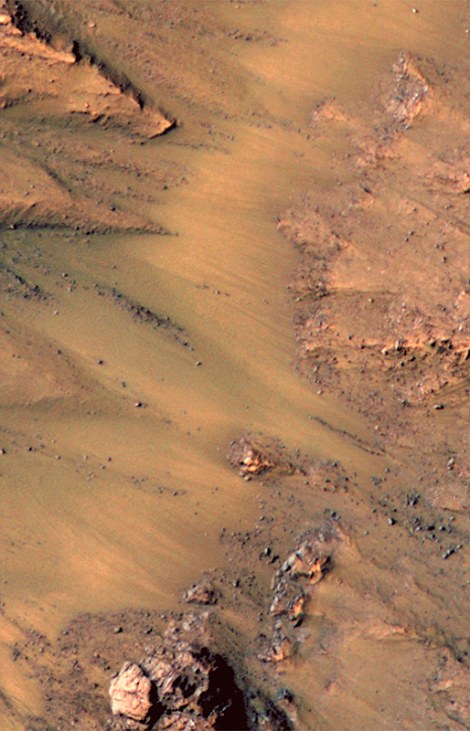 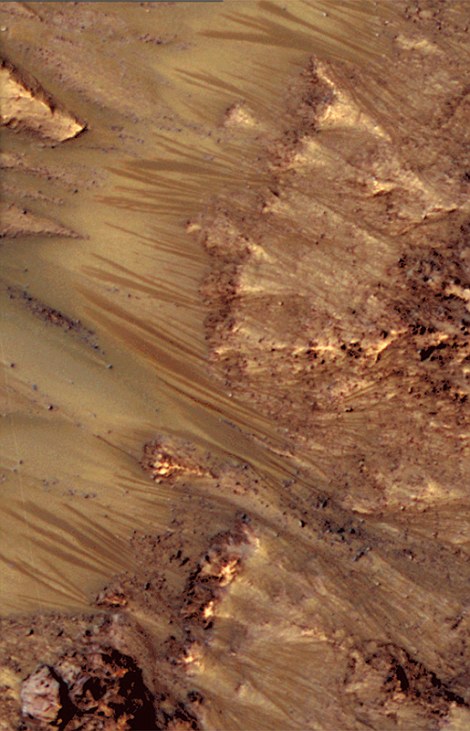 First discovered in 2010, RSLs have been a curious phenomenon for planetary scientists, as their appearances change during certain times of the year. When temperatures in the red planet rise above -10 °F, the streaks on the RSL’s dark lines appear to be flowing downhill like water would, which would subsequently disappear as soon as colder weather resumed.

The most recent observations made use of the MRO’s Compact Reconnaissance Imaging Spectrometer for Mars (CRISM), which sampled the light absorption characteristics of the RSLs. Those readings were then sent back to Earth and analyzed, where they were found to match the absorption rates of hydrated minerals called perchlorates. Based on the readings’ chemical signature, NASA believes the flows are composed of a mixture of magnesium perchlorate, magnesium chlorate and sodium perchlorate, all of which contain water in their molecular structures.

As of now, there is no consensus on where the water flows are coming from, although scientists have some theories. It could be hidden sources, like underground lakes or ice buried underneath, although most tend to favor the idea that it could be coming from moisture in the atmosphere.

Whatever the source, liquid water on Mars is definitely exciting news. Check out the link below or head over to Reddit to read an IAmA from the NASA scientists.