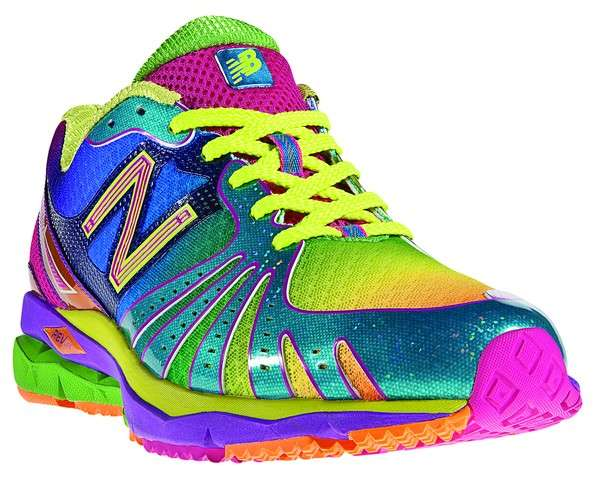 Your personalized New Balance US574 may look funky in the custom colorway, but what you really want are running shoes that look like a box of crayons threw up on them.  And now you can have it with the New Balance 890 Revlite Rainbow.

To call these sneakers colorful is a serious understatement.  There’s literally more color in each pair of these than a packed 1960s hippie concert.  That you’re imagining while tripping on acid.  After being tasered.  While floating in a sensory deprivation tank.

The New Balance 890 Revlite Rainbow is, hands down, the most eye-popping model in the company’s Revlite range of trainers.   Like the rest of its less-flashy brethren, the shoes boast unusual lightness, courtesy of the Revlite midsole foam compound that weighs a third less than the materials they use in other kicks.  Other shoe features include a full ground-contact outsole (to accommodate midfoot, forefoot and heel strikes) made with Ndurance rubber, welded seams, synthetic/mesh uppers, flat laces and blown rubber forefoot. 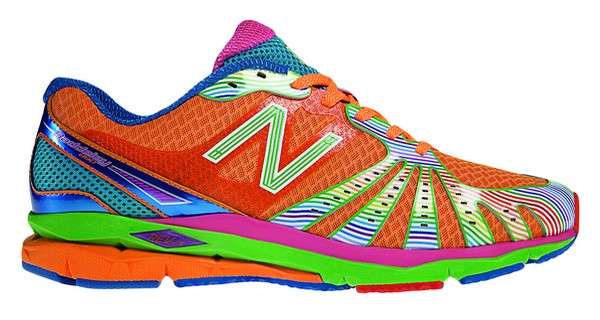 Two Rainbow colorways are available: one sports a bright solar red aesthetic, while the other delivers a  full rainbow effect.  Word of warning: both of them will make you want to take hallucinogens if you stare really hard — so don’t look for too long.

Exclusively released in Japan, the New Balance 890 Revlite Rainbow is available in both men’s and women’s sizes.  If you want a pair, we suggesting hitting eBay or dropping by West NYC who have (or had, at least) a few in stock.