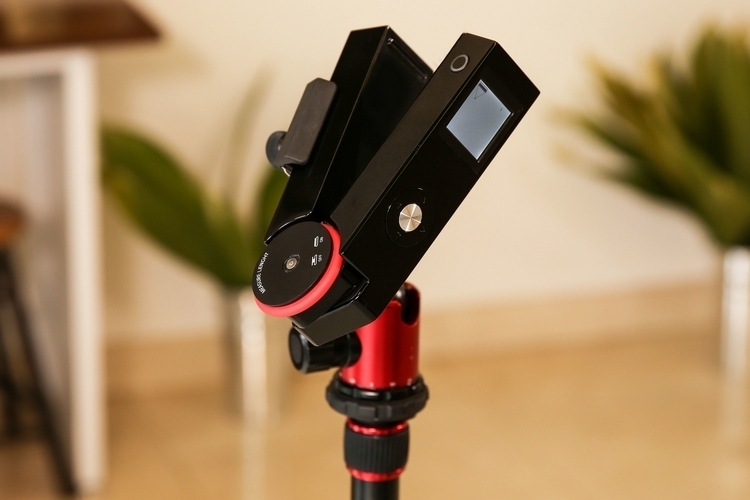 Laser-based measuring tools aren’t new – they’ve been in the market for a good amount of time now. Just place the tool at your starting point, turn on the beam towards the end point, and read the measurement on the integrated display. Problem happens when you’re measuring something where the end point cannot be hit by a beam from the starting point, in which case the typical solution is to take two measurements:  one from your position to the starting point and another from the same position to the end point, the results from which the device can automatically calculate using the Pythagorean theorem. The PARA simplifies that latter process by integrating two lasers that you can aim at different directions.

That’s right, this laser measurer comes with two beams, each of which can be pivoted to point in a different direction. As such, you don’t have to choose a special mode, take two measurements, and press additional buttons to get your final number – just point each laser to the desired point, press a button, and check the measurement, which should save you a good load of time if you do those measurements frequently. 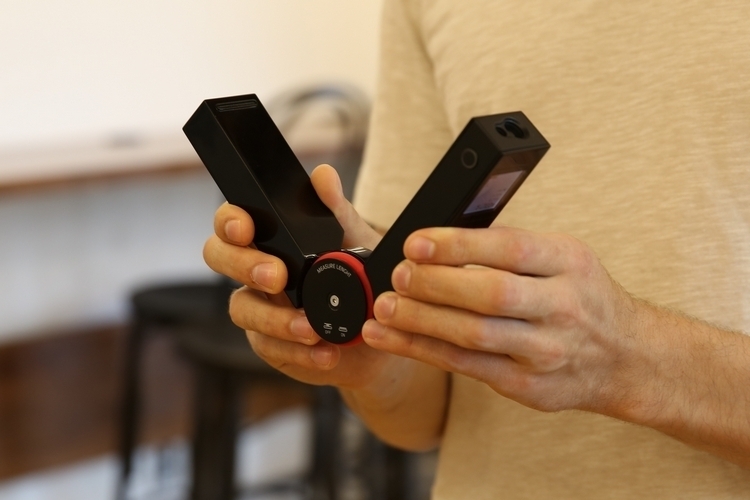 The PARA consists of two arms, each with a laser on the tip that’s connected by a pivot mechanism on the opposite end, allowing you to position them at any angle necessary to aim the beam at two measurement points. That should allow you to easily and quickly measure the distance between two straight points without having to move from where you’re sitting or standing. No word on the maximum distance the tool has to be from the objects you’re measuring, although we imagine it should work in most situations that don’t involve measuring something ridiculously distant. During measurements, you can either carry it by hand, set it down on a flat, or even place it on top of a tripod to give you stable and adjustable positioning. 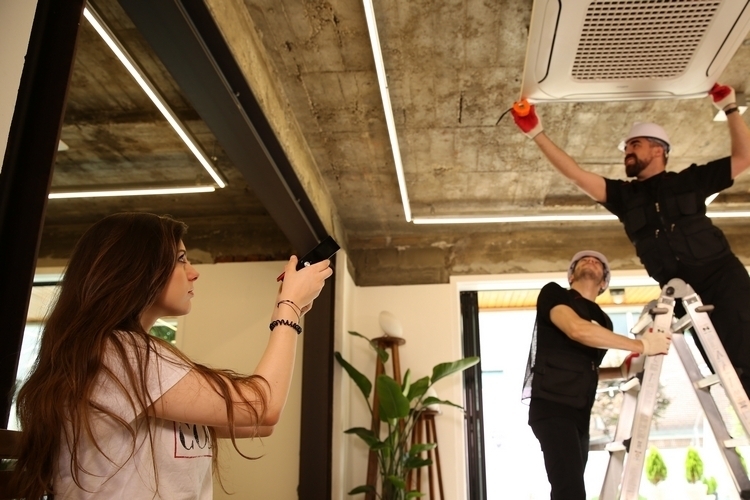 The PARA also comes with a measuring wheel at the joint, which you can use to get the distance between two points on curved objects. To use, just place the wheel on the starting point of the surface you’re measuring, roll it across the end point, and you’re done, with the measurement immediately registering on the integrated display. Features include a rechargeable battery, an accuracy of +/- 1mm, a maximum measurement of 50 meters, and a dustproof enclosure, so it should survive most any job site or workshop. 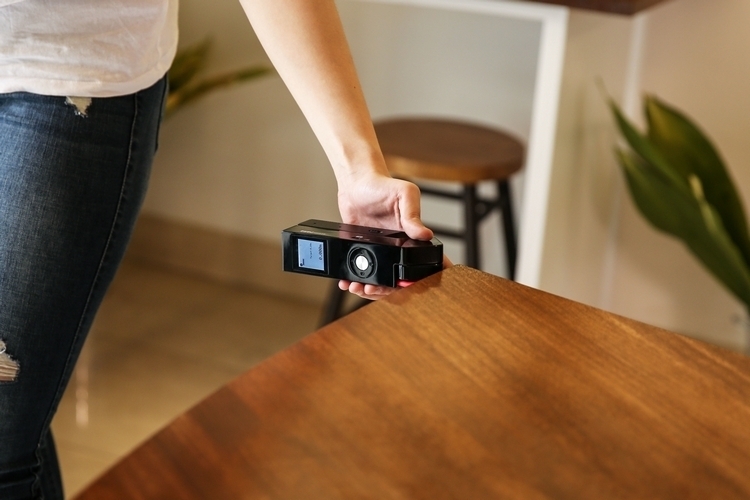 A Kickstarter campaign is currently running for the PARA. You can reserve a unit for pledges starting at $179.