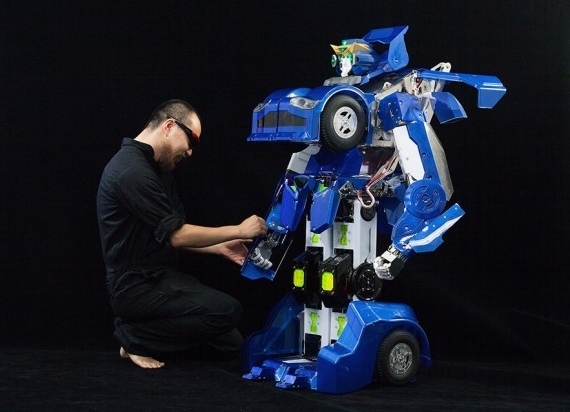 The product of a cooperative partnership between Brave Robotics, Asratec, and Takara Tomy, it’s not quite the massive robots that appeared in the Transformers movies.  Instead, it’s about a fourth of the size, which they plan to scale in increments before creating a full-size Transformers that you can drive to work, then transform in the parking lot to serve as your bodyguard.  Or something like that. 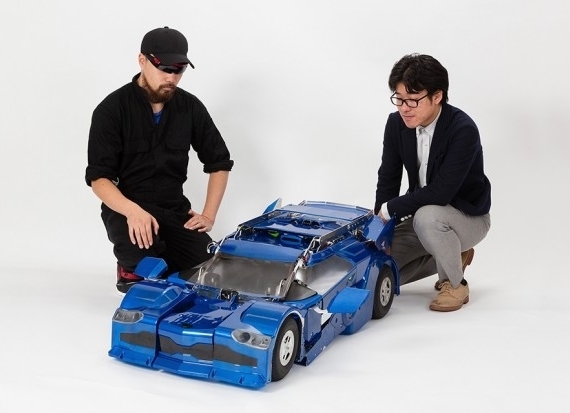 In robot mode, J-deite Quarter stands 4.3 feet tall, in which form it can walk at a pace of a little over half a mile per hour.  Yeah, it’s a crappy robot (even when walking slow, it looks like it will fall over), but unlike any other real-life robot, it can transform into an actual car in just 30 seconds, complete with a working engine and drivetrain that will allow it to be driven on the road.  That is, if you can fit inside the undersized cabin (lol, you can’t).  In car mode, it can go at speeds of up to 6.2 mph.  Sure, you’ll probably get thrown a bottle of soda on the highway if you drive that slow, but this is meant as an early prototype, with both an 8.2 feet version  and a full-scale 16.4 feet version scheduled to follow. 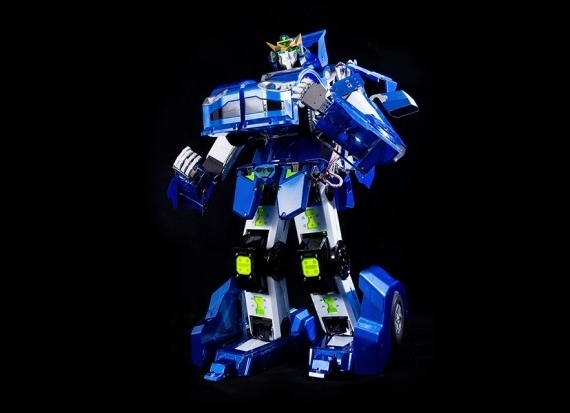 Don’t hold your breath, though, since the final, full-size version of J-deite Quarter isn’t scheduled to be finished until 2020.