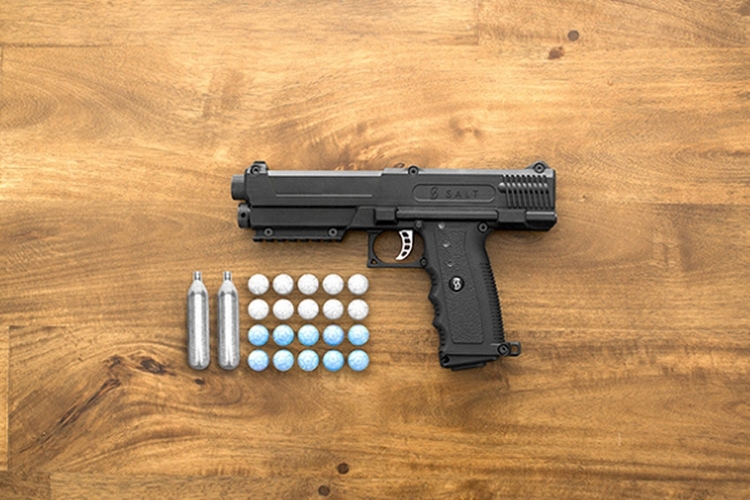 There’s a good chance you’ll never have to use it, but keeping a gun in the night stand to protect you from a potential home invasion remains a good idea. Until one of your kids gains access to your gun and gets into an accident, that is. If you’re as worried about gun accidents as you are about home invasions, Salt offers a potentially-viable alternative.

Unlike other self-defense hand guns, the weapon doesn’t shoot lethal lead rounds that could prove fatal when the gun is accidentally fired. Instead, it shoots a round filled with a proprietary, powdered chemical that explodes on the attacker upon contact, rendering the intruder incapacitated and giving you the chance to either subdue them or flee the scene. 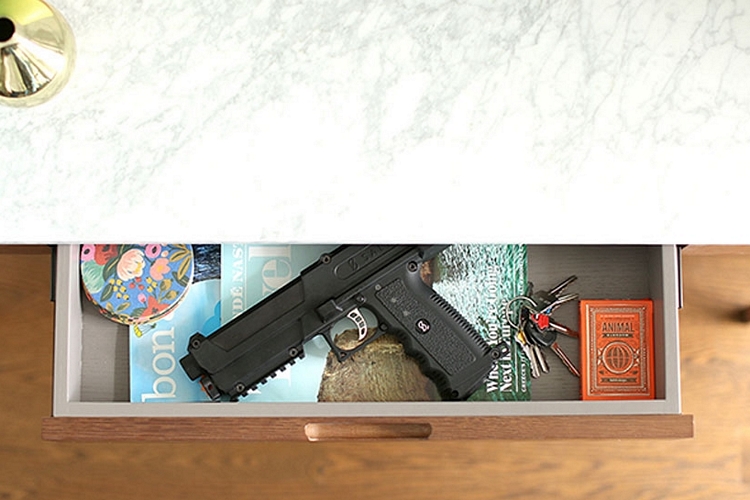 Salt’s chemical rounds are designed to cause multiple adverse effects on the target, including temporary blindness, lung constriction, and intense irritation, rendering them unable to do any harm against you or any member of your household. The effect slowly dissipates over the next 15 to 30 minutes, with no permanent harm inflicted, making it considerably safer in the case of accidental fires. Since it’s the chemicals that take down the attacker, rather than the hit, you don’t even have to be a good marksman to use the gun effectively – you can simply aim at the wall, the floor, or any large object next to your attacker to get the same results.

The gun itself, by the way, is powered by compressed air (like a BB gun), so there’s none of that scary loud sound you will get from a traditional pistol. It shoots out rounds that fly into your targets at 320 feet per second, with an accuracy rated to hold at up to 200 feet, so even if you live in a giant mansion worthy of being featured on MTV Cribs back in the day, it should remain effective. A single round from the gun, by the way, will disperse chemicals within a 4 to 5 feet diameter, so it’s best used at a distance, rather than close-contact (unless you want to be incapacitated, too).

An Indiegogo campaign was running for Salt (link below), but it was pulled some time this morning.  No word yet on what happened, but we’ll probably find out in the next few days.