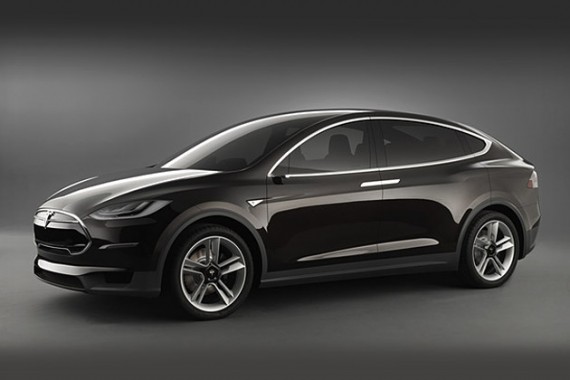 Electric cars are best known for their fuel efficiency and low carbon footprint.  If you need a vehicle that seats an entire family with luggage though, they usually aren’t the models you look at.  At least, that will be the case until the 2014 Tesla Model X comes out.

The recently announced vehicle features a crossover utility design that lets it seat up to seven people comfortably inside its stylish shell.  Yep, two 3-on-3 street ball teams and a referee to boot.  And, no, two guys won’t have to sit on the roof or be pulled by a mini-camper attached to the rear, either.  Company CEO/hypeman Elon Musk bills it as having “more functionality than a minivan, more style than an SUV and more performance than a sports car.” 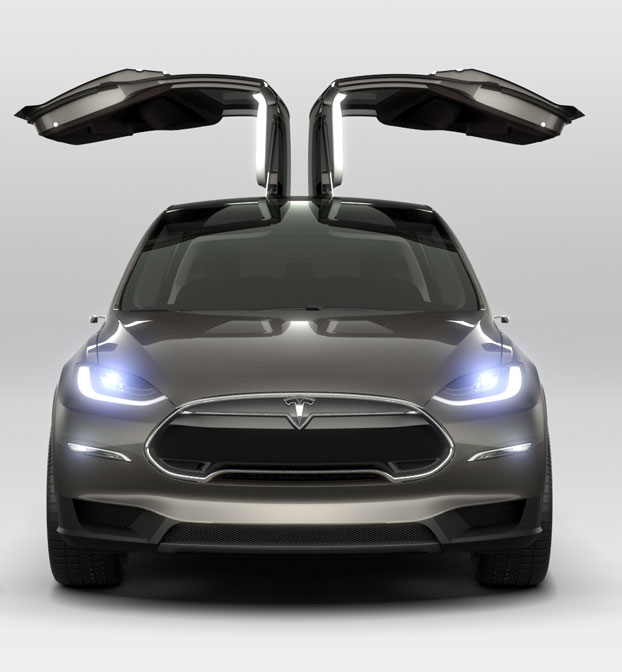 Not only can the Model X fit seven folks inside, the car has enough space to hold their luggage, too, with compartments on both front and rear trunks.  The standard model will feature an all-wheel drive with dual motors that run it up from 0 to 60 in 4.4 seconds.  It gets a range of between 160 to 300 miles, depending on the battery configuration you spring for.   Unlike the company’s previous vehicles, the crossover features “falcon wings,”  which open upward while folding in on themselves, making it possible to get in and out despite being parked in tight spaces.

Based on the upcoming Model S (due in June), the new vehicle uses around 60% of the same parts — which should remove some of the manufacturing and production hassles.  The current version is still a prototype, though, which means it will likely need a bit more work before arriving at the final specs.

No production start date has been specified, but the Tesla Model X is being pegged to hit showrooms sometime next year.  Pre-orders are on right now.