Toshiba Launches Chair Into Space, No Armchair Astronaut In Tow 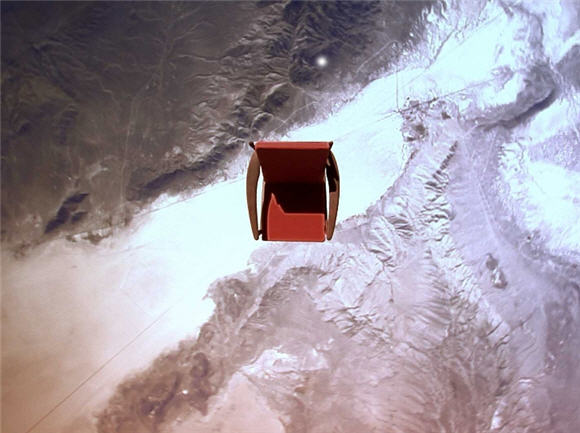 Of all things you can launch into space, an armchair is undoubtedly one of the most ridiculous.  But that’s exactly what Toshiba did in their Space Chair ad campaign, which seeks to promote the company’s 2010 Regza SV LCD TV.

While throwing home fixtures into the edge of space has absolutely nothing to do with selling a television set, I guess Toshiba sees some value in the stunt.  In a nutshell, their advertisement follows the “ordinary living room chair” as it makes its way to the outer reaches of the skies and back down to Earth.

Created by Grey London, the £2,500 chair (they had to use biodegradable balsa wood to keep weight at the FAA-required heft of less than four lbs) was lifted off the ground using a helium balloon, which managed to take it to an impressive 98,268 feet.  Takeoff took place at the Black Rock desert.  According to the press release, it took the chair 83 minutes to reach the pinnacle and 24 minutes to descend. 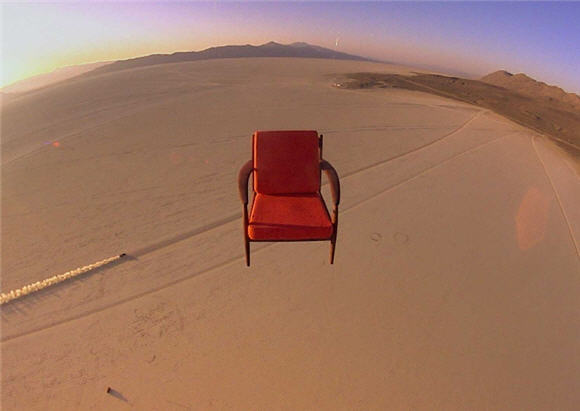 To keep track of the event in its entirety, Toshiba shot the chair with their own 1K-HR1S 1080i camcorder, propped up on a custom-built rig from John Powell of JP Aerospace.  The setup included four independent GPS systems that helped accurately track where the chair hovered at any point in time.  Acclaimed cinematographer Haris Zambarloukos supervised the actual shooting.

Again, seeing an armchair fly doesn’t really push me to buy a Regza as my next TV.  However, Toshiba is undaunted.  In fact, they’re doing a second part to the whole thing, using it for their upcoming Satellite T Series CULV laptops, which are due for release next year.

You can catch the video of the Space Chair below.