Vessel Combines Hammock And Bathtub For A Unique Bathroom Piece 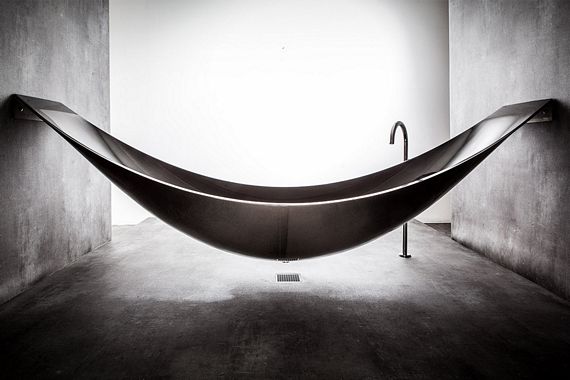 Everybody loves hammocks.  Everybody loves bathtubs.  The awesomeness of both those things is as apparent as life itself, so it’s weird that it took a long time before someone combined them into one form the way the Vessel does.

Made by Splinter Works, it’s a bathtub that’s shaped like a hammock that’s meant to be mounted up two walls facing each other.  While it’s obviously best for installing in bathrooms, it could make just as capable a furnishing for any space you’d like to set up a hammock in where you can lie down naked and soak in a pool of water at the same time.  Um, no, the front lawn where the neighbors can see is probably a bad idea. 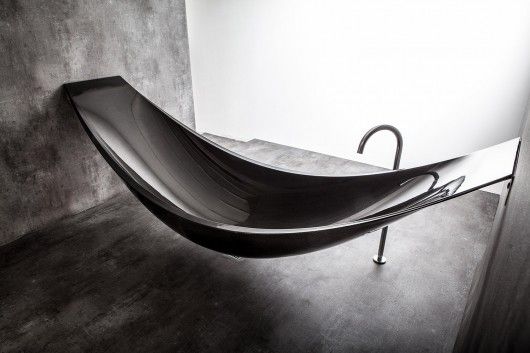 The Vessel measures 8.9 x 2.6 feet (l x w), which makes it a little difficult to get into bathrooms that are either too wide or too narrow.  Granted, they’ll probably offer this in custom sizes (let’s face it, this is high-end stuff), so it shouldn’t be that big of a problem.  Construction is carbon fiber for the surfaces, with a foam core for insulation to keep hot water from cooling down too quickly.   It requires a standing tap, as well, for getting water into the tub, which shouldn’t be that much trouble to set up.   A drainpipe is also available as an option. 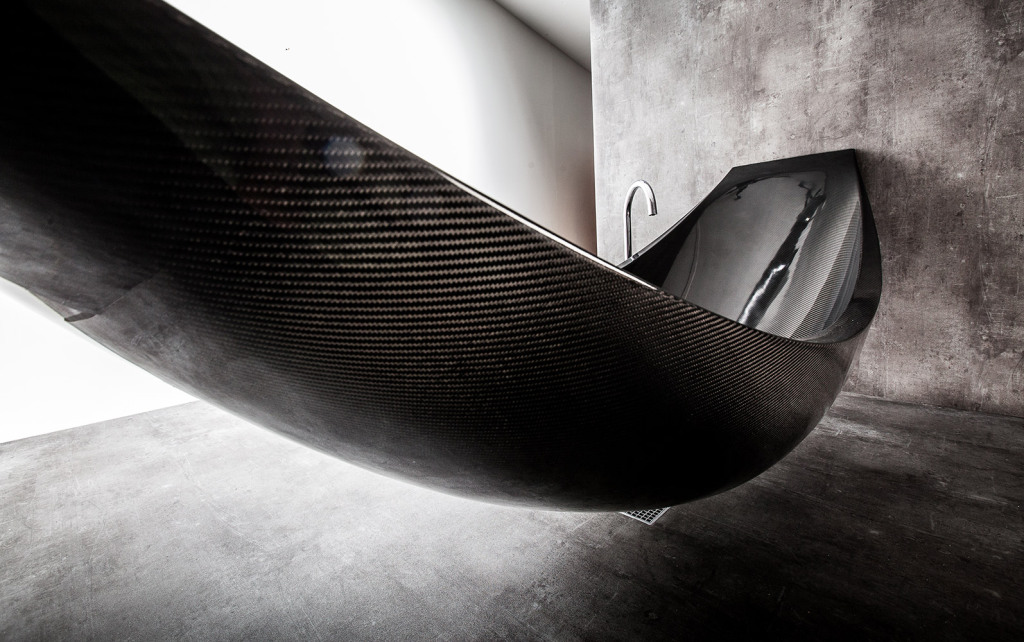 Since it’s held by fixed metal brackets, the hammock/bathtub combo won’t be able to swing side to side the way conventional hammocks could.  Also, you might want to add some fixtures to grab onto when climbing in and out of this thing, since it’s likely to be dripping wet with slippery bubbles — an almost-certain recipe for an unfortunate accident during a particularly clumsy day. 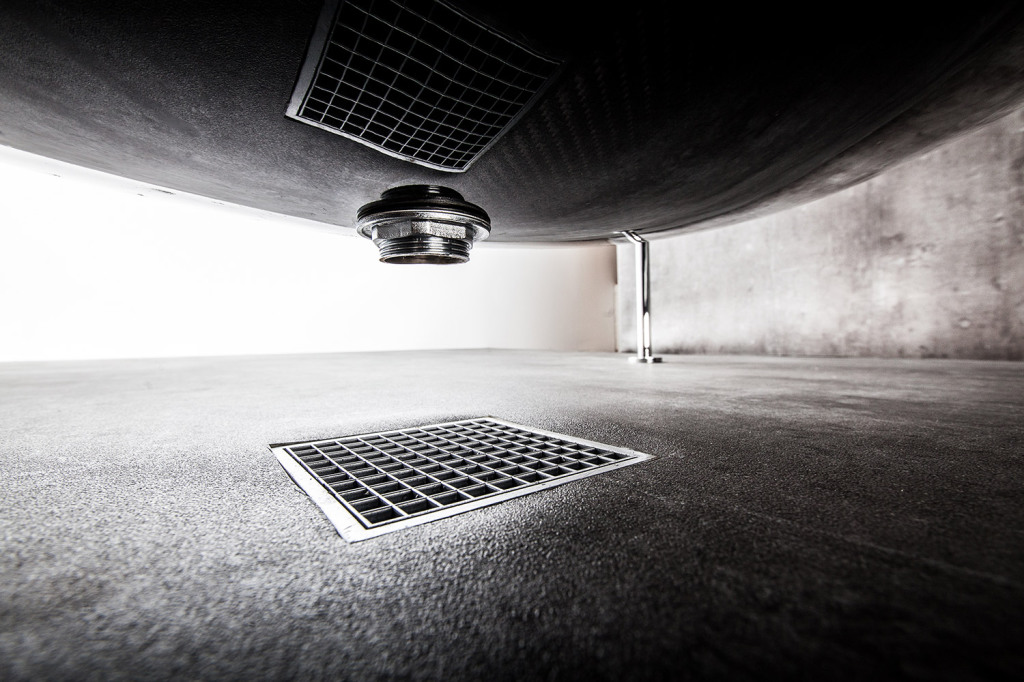 No pricing yet, but the Vessel should be available soon in black, red, blue, yellow, pink, bronze and silver colors.