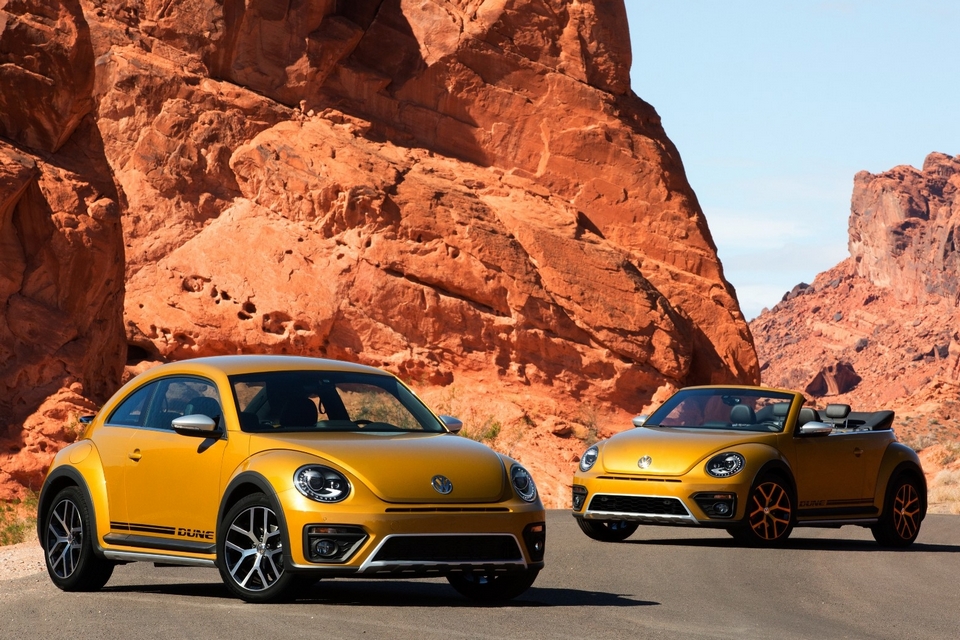 Despite the name, you’re not likely to see the 2016 Volkswagen Beetle Dune racing on the Baja 1000 anytime soon. That’s because it isn’t really equipped to hit desert trails and sand dunes, but merely styled to resemble the iconic Baja Bugs that did race across deserts back in the 60s and 70s.

No, there’s no exposed engine in the back like the modified off-roading Beetles of old. Instead, it’s just an erstwhile normal modern Beetle, albeit with new front and rear fascias that create an aesthetic quite similar to the desert racers of some 50 years back. Plus, it’s a convertible and it absolutely looks like a desert buggy of sorts with the top down, just don’t actually drive it into less-than-forgiving terrain without doing serious modifications first. 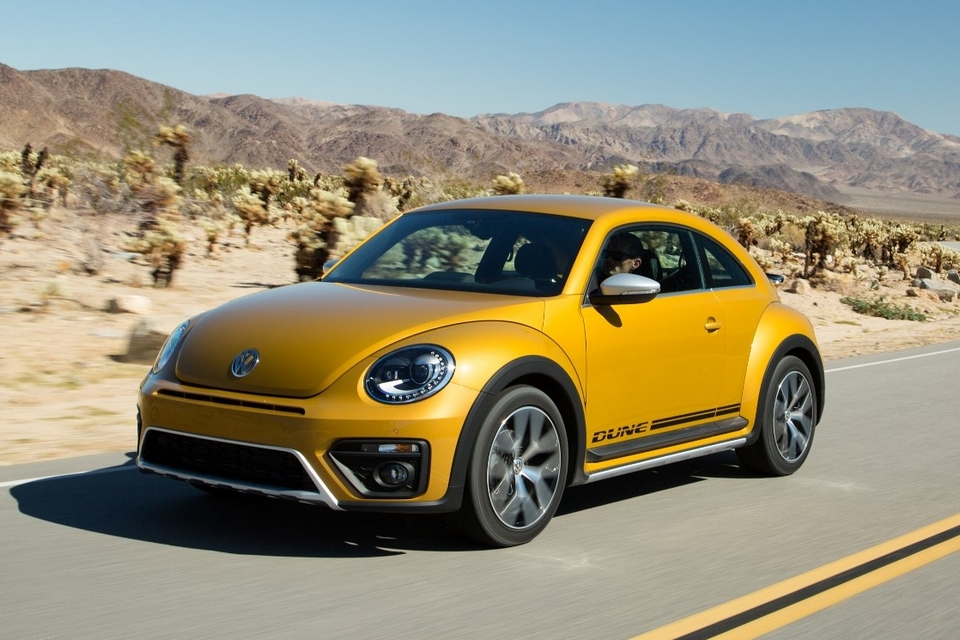 Aside from the modified exterior styling, the 2016 Volkswagen Beetle Dune’s accentuated ride height, wider track, raised suspension, and unique wheels should easily differentiate from regular versions of the car. It houses a 1.8-liter four-cylinder engine that puts out 170 horsepower and 184 pound-feet of torque, enough to get it from standstill to 60mph in just under eight seconds. Standard features include a six-speed automatic transmission, basic safety systems (rearview camera, parking assist, and post-collision braking), 34 mph fuel economy, a 15.4 cubic foot trunk, sport seats, a flat-bottomed steering wheel, and a 6.3-inch dashboard screen that’s compatible with both Apple CarPlay and Android Auto. 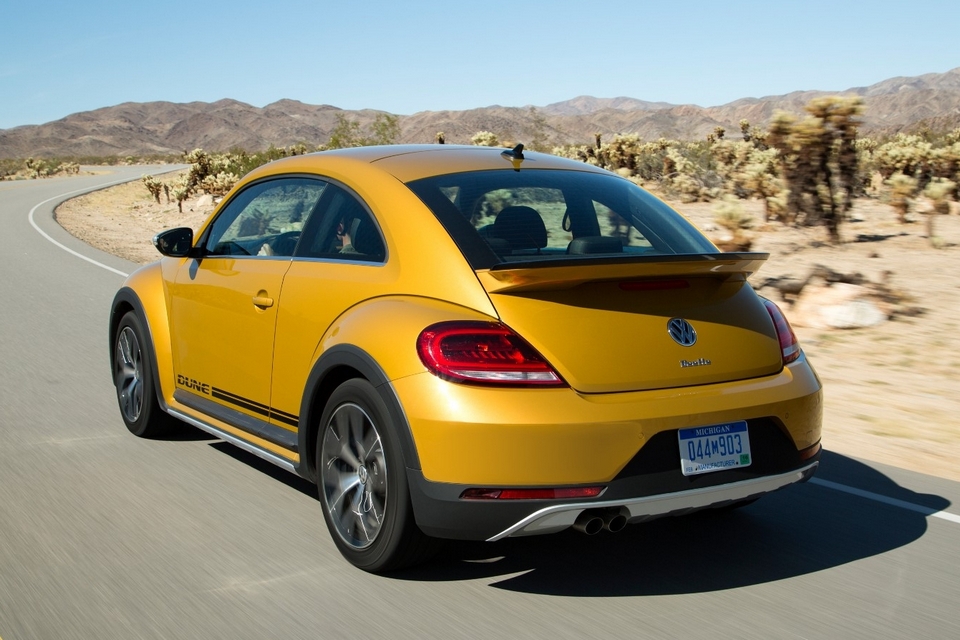 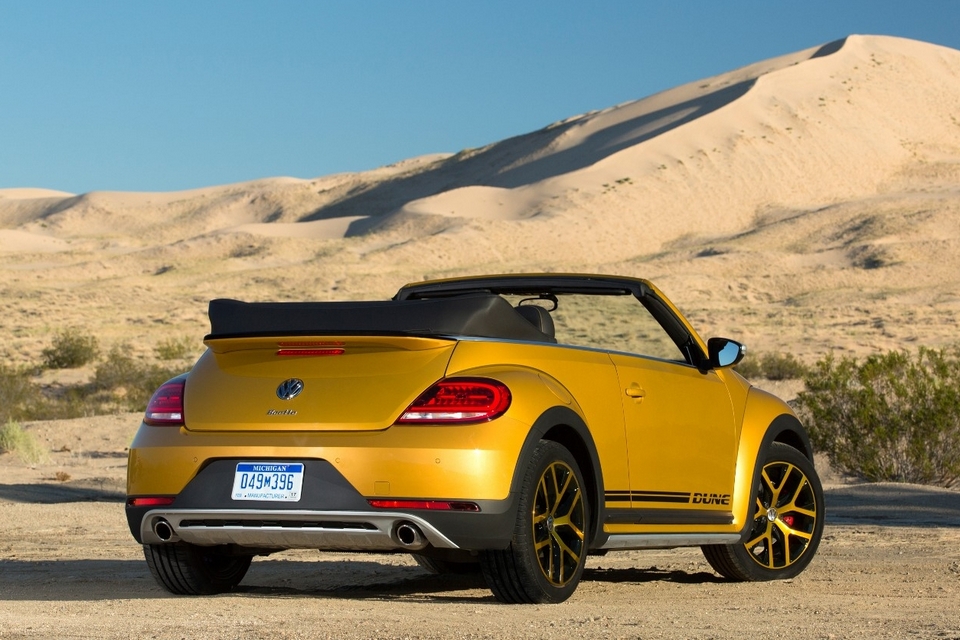 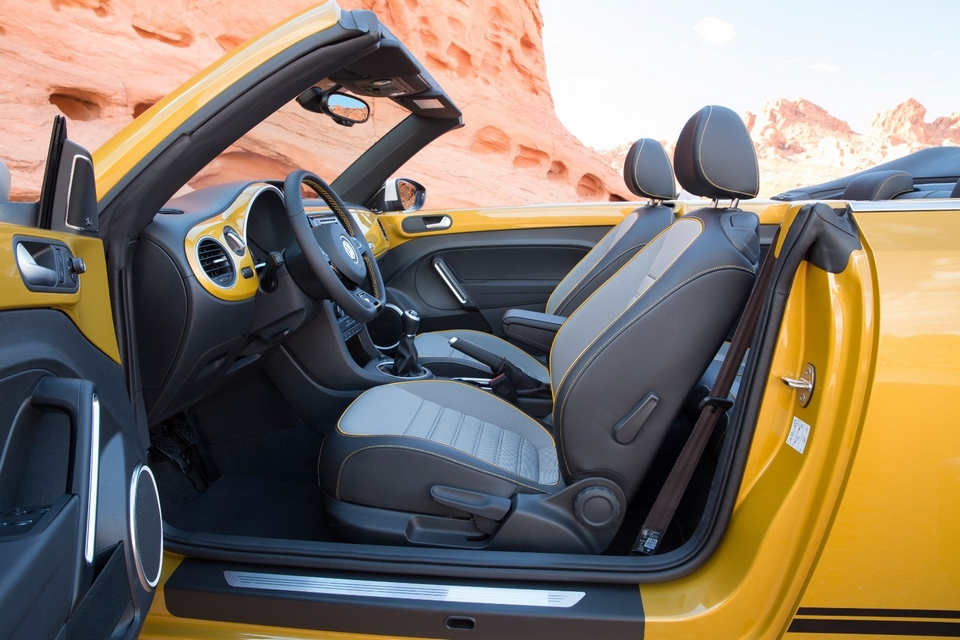 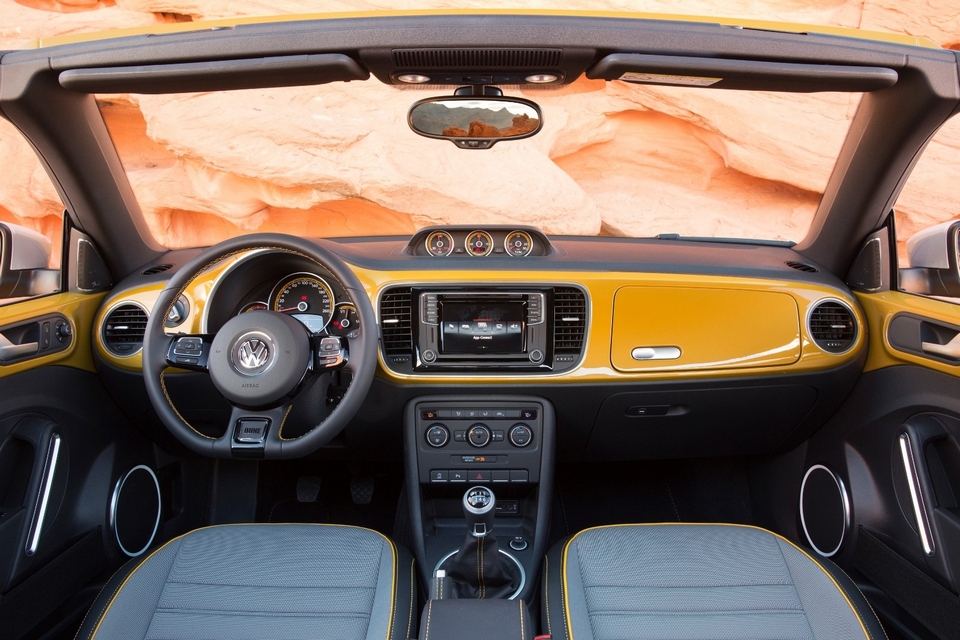