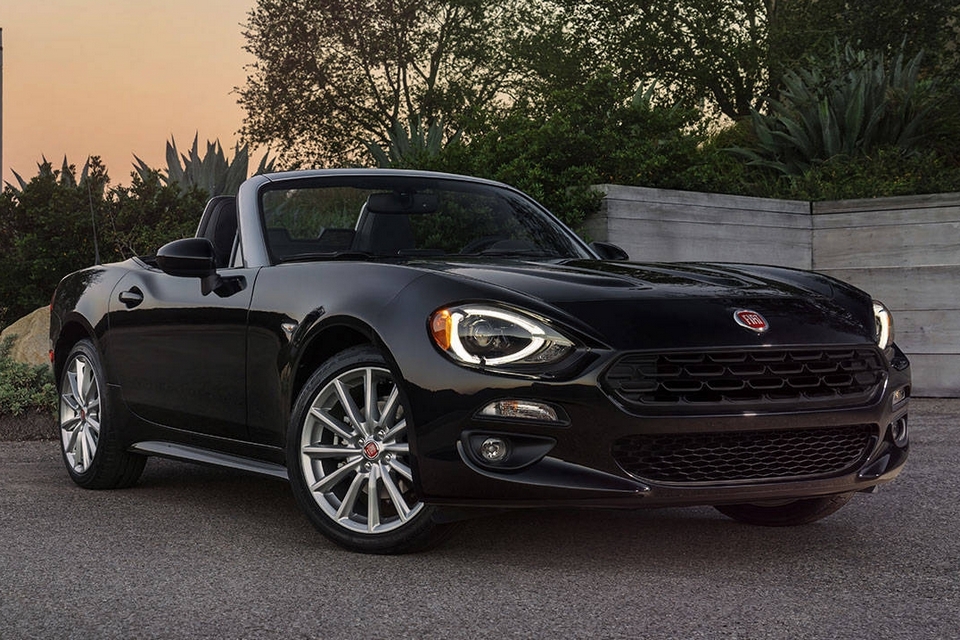 The Mazda MX-5 Miata is a heck of a car – it looks good, it drives fun, and it brings some blissful driving ergonomics.   If there’s any knock, though, it might be that the styling is just a little too loud for its own good. Maybe you’ll appreciate a different body and that’s exactly what the 2017 Fiat 124 Spider brings to the Japanese roadster.

That’s right, instead of starting from scratch, Fiat decided to take Mazda’s fourth-generation MX-5 Miata and used it as a platform for this new incarnation of their classic convertible. Basically, a Miata with a different engine and an all-new design based on the 1967 Fiat roadster to tug at your retro-loving heartstrings. 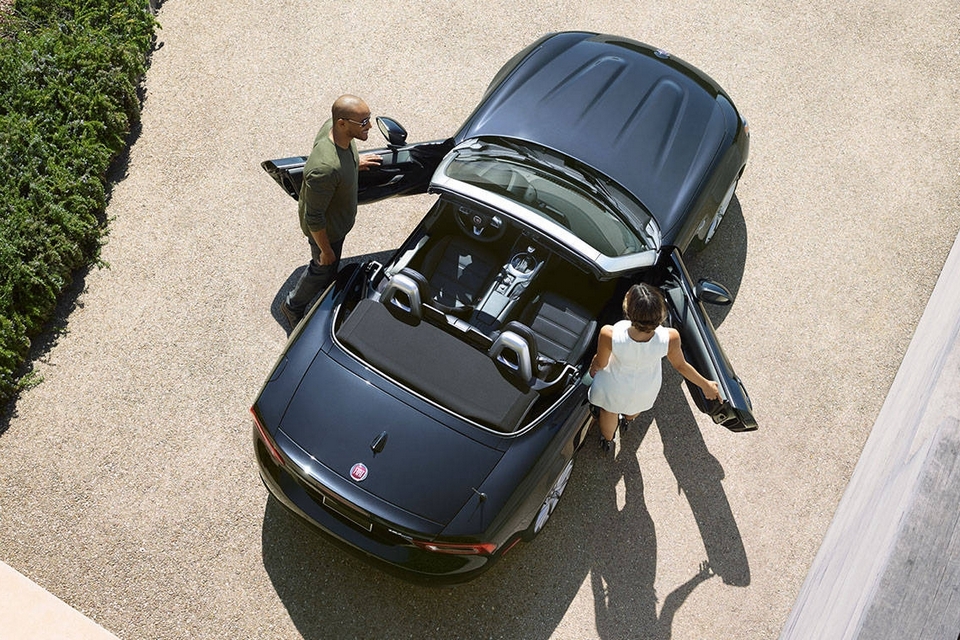 While the 2017 Fiat 124 Spider uses the exact same chassis as the Miata, the actual car is bigger (five inches longer and a teeny-bit wider) and heavier by a little over 100 pounds. Fiat is calling the design “100 percent Italian,” marked by a grille that borrows from the original Spider, dual hood blisters, and a squared-off rear end, along with multiple angles and creases along the exterior. It runs on a turbocharged 1.4-liter engine that puts out 160 horsepower and 184 pound-feet of torque, with either a six-speed manual or automatic transmission sending power to the rear wheels. 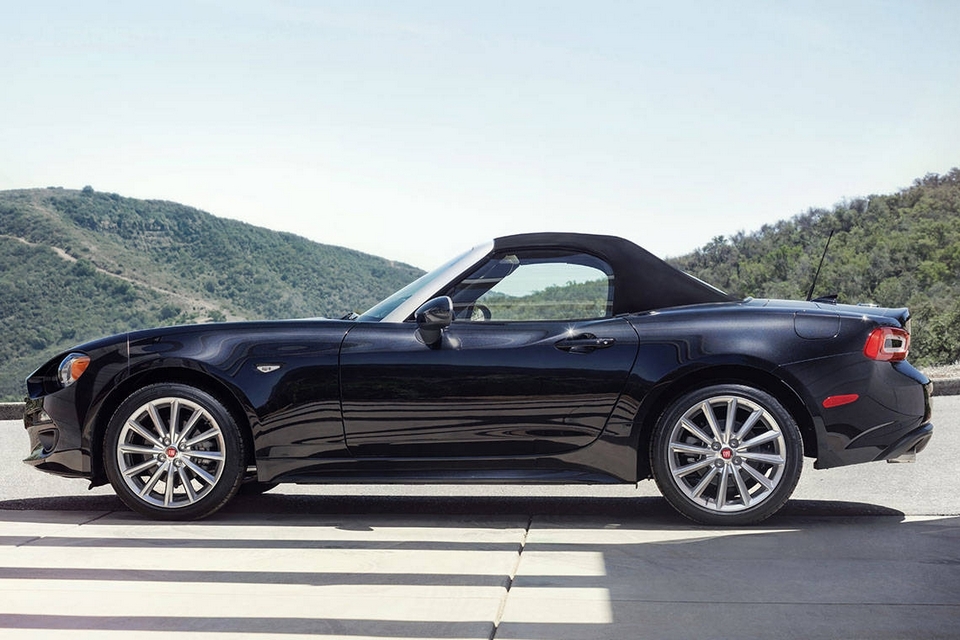 Features include a double wishbone suspension up front, a multi-link suspension in the back, your choice of 16- or 17-inch wheels, 4.9 cubic feet of trunk space, and the usual selection of safety and technology features. Cabin space is almost exactly the same as the Miata, although it does get new soft-touch interior panels, a thick-rimmed leather-wrapped steering wheel, and a 7-inch touchscreen for the infotainment system. 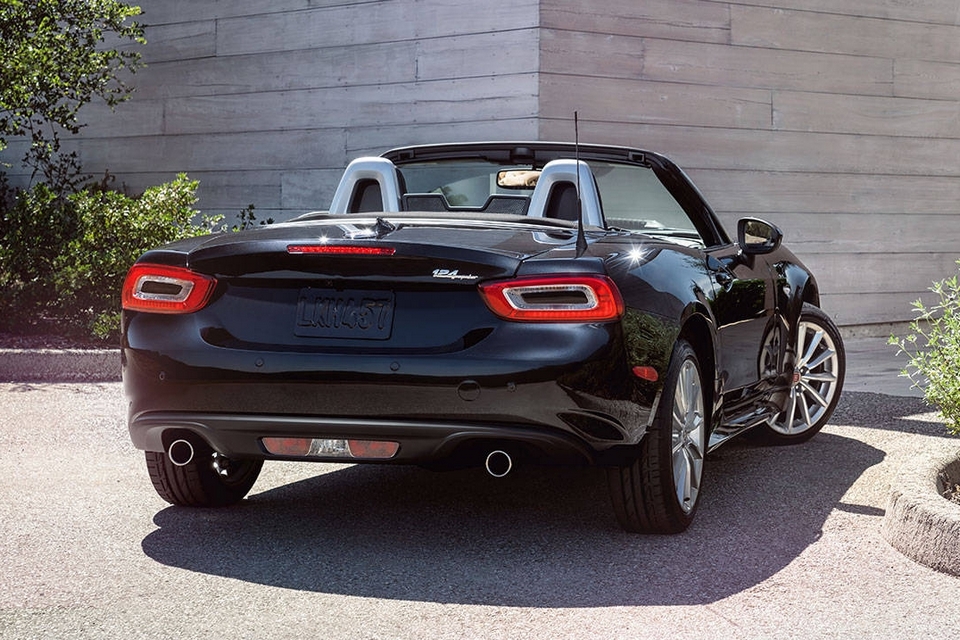 The 2017 Fiat 124 Spider will launch in the summer of next year. No pricing has been announced. 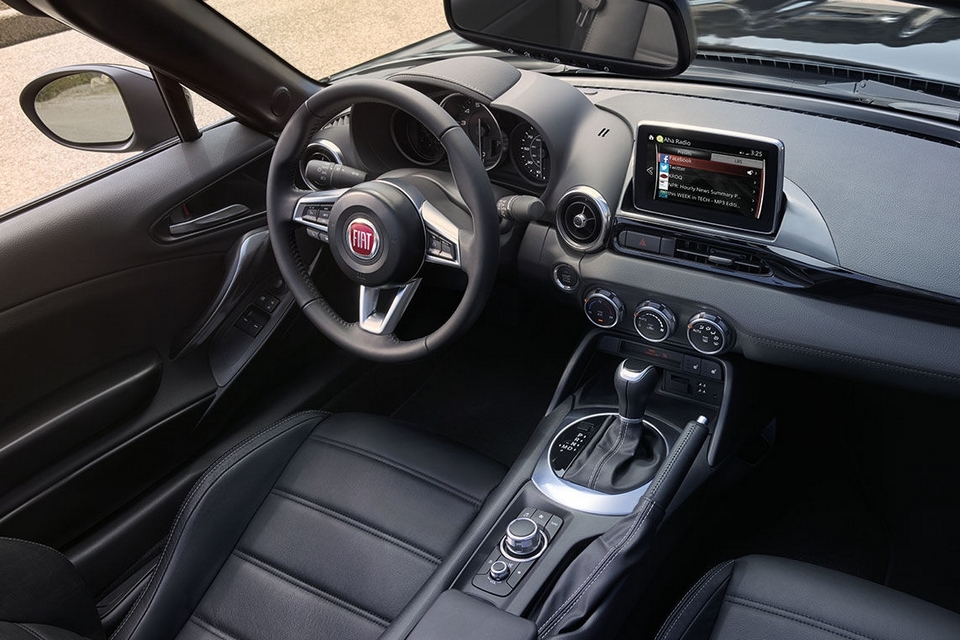