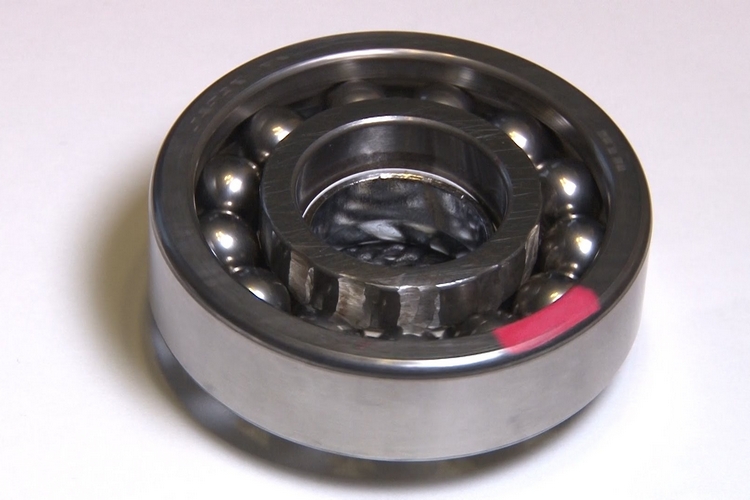 Ball bearings have been around for hundreds of years, having been used in things as ancient Leonardo da Vinci’s failed helicopter design and as ubiquitous as bicycles.   And while we’ve long been impressed with the modern ball bearing’s seemingly hard-to-improve utility, it does suffer from one glaring problem: it requires a lot of lubrication. That ends now with these Autonomous Decentralized Bearings (ADB), which eliminate the need for grease in order to function properly.

Created by Japanese outfit Coo Space, the bearings don’t use cages to separate and evenly space the balls. Because of this, no friction is generated during the bearings’ operation, eliminating the need for lubricants to smoothen things out.

The Autonomous Decentralized Bearings have small grooves in the outer bearing race, where the balls slide into, essentially slowing them down, before speeding back up. This simple change prevents the balls from ever touching each other, since as soon as one comes up on another ball, it hits a groove which slows it down slightly, allowing the other one to pull away. Since they’re not separated by cages, the balls start out without even spacing, which the bearings eventually fall into after a few spins, as a result of the grooves’ simple yet remarkable effect.

According to the company, the Autonomous Decentralized Bearings experience as little as 10 percent of friction compared to traditional bearings, allowing them to perform better even with the lack of lubrication.   The company is currently manufacturing prototypes and shopping the product to potential partners that can help bring it to market.