Use These Wrenches To Mix And Toss Your Salad 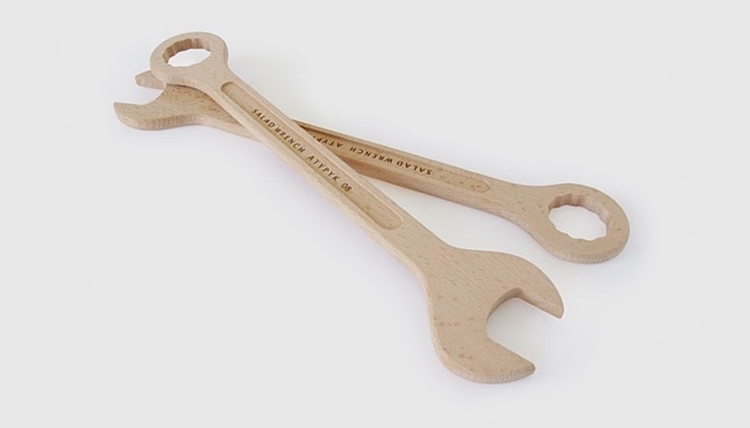 Using a pair of wrenches to toss a bowl of salad isn’t the greatest idea in the world. If you’re better at handling wrenches than salad tongs, however, then we guess we can understand. Since wrenches from the garage will probably be dirty and grimy as heck, maybe you’ll want to use Ayptyk’s Salad Wrenches instead.

No, these aren’t actual wrenches you can use to tighten and loosen various nuts and bolts around the house. Instead, they’re cut entirely in wood, so while they won’t work for actual handyman tasks, they should be perfect for tossing and mixing duties in the kitchen. 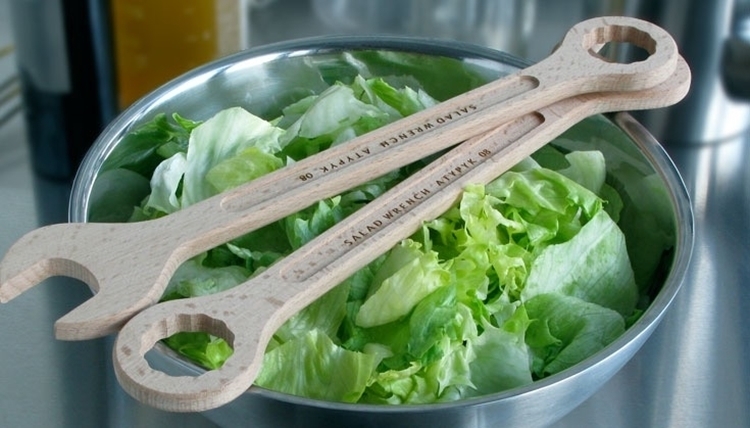 The Salad Wrenches are cut in the shape of standard-sized combination wrenches – the kind you’ll probably have in your toolbox at the garage. We’re not entirely sure whether you’re supposed to hold it by the open or closed end, but we guess whichever works better for tossing your lettuce, tomatoes, and cucumber slices around will do. Oh yeah, make sure to keep it away from the kids, because we have a feeling this will end up being added to their car repair playset. It measures 31 x 6 cm (length x width).

Available now, the Ayptyk Salad Wrenches are priced at €21.