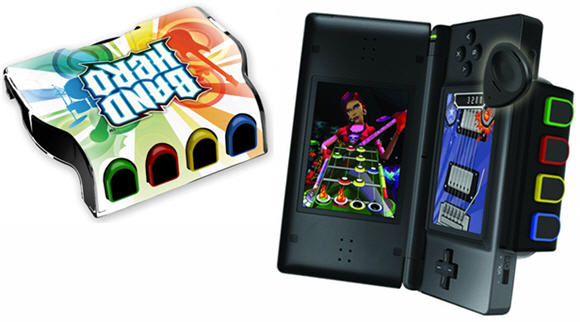 Folks playing with a Nintendo DS Lite are just about to look a whole lot stranger later this year.  That’s because Activision is releasing Band Hero, a Rock Band/Guitar Hero-type game designed especially for the handheld platform.

The title will have three main instrument modes – guitar, drums and vocals.  Intended to mimic the same gameplay experience fans can get from their home console variants, Band Hero comes with its own dedicated peripherals.  Set includes a four-button Guitar Grip and a four-pad Drum Grip, each of which can be worn over the DS like a jacket. 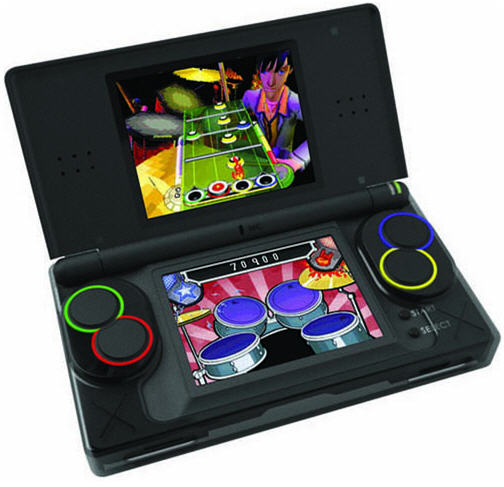 Karaoke-haters should prepare for the worst, as the vocal mode will literally have the players singing into their portable devices.  Can you imagine being stuck in the subway with five folks all playing the damn thing?    It’s like a karaoke session everywhere you turn (Avril Lavigne on the left, KT Turnstall on the right and some dude caressing the ax in front of you) – there’s no running away.

DSi owners can begin cursing the gaming gods now, as the title will be available strictly for the DS Lite.  Band Hero, which will be released later in the year (most likely, in time for Christmas season), will feature music from numerous acts, including Fallout Boy, The Killers and Blink-182.