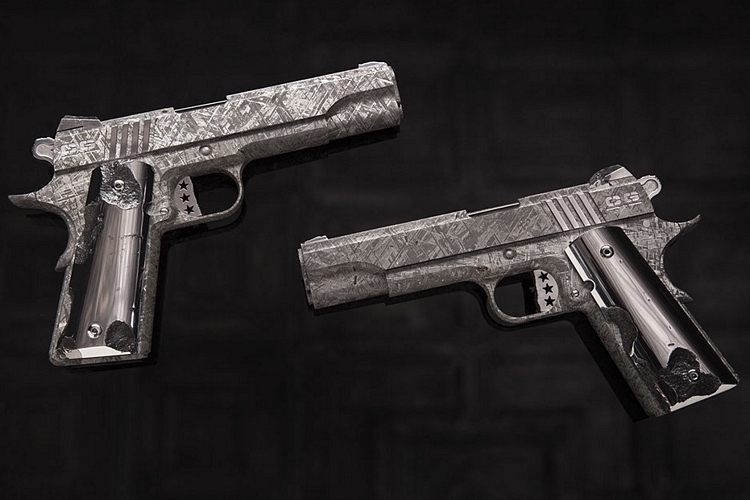 Around 4.5 billion years ago, a large meteorite penetrated the Earth’s atmosphere and crashed in various fragments around Gibeon, Namibia. Naturally, scientists have been studying pieces of that interstellar material to gain insights into the histories of both the Earth and the universe. Turns out, a 77-pound chunk of that same meteor found its way into the offices of firearms manufacturer Cabot Guns. Naturally, they turned it into a gun. The Cabot Guns Big Bang Pistol Set is the result.

That’s right, the Pennsylvania-based outfit turned the iron-nickel alloy from space into fully-functional firearms that you can use to shoot zombies, aliens, and whatever nefarious creatures threaten to bring harm your way. They made two, in fact, which they’re selling as a set, so you can bust out of the house with a space weapon in each hand (ideally, with a meteorite knife in your pocket), blasting away like a badass 80s action hero. 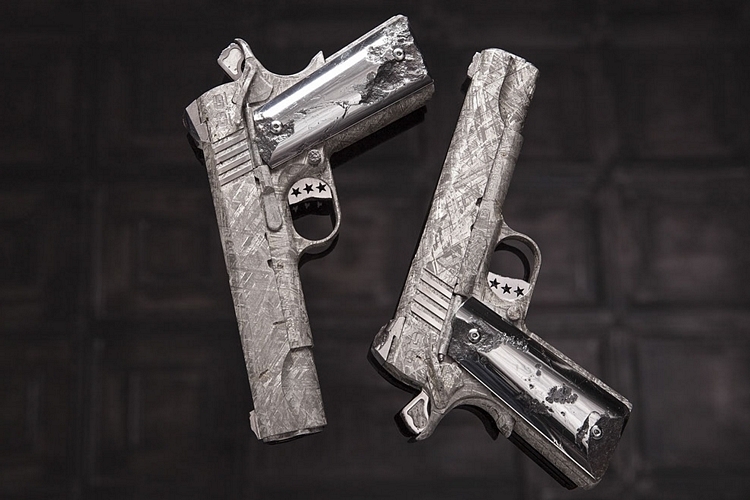 Nearly every component of the two .45 caliber handguns in the Cabot Guns Big Bang Pistol Set were made from the very same space debris, so every inch of this thing oozes pure extraterrestrial pedigree. They engaged in a pretty elaborate process to build the guns, using X-rays, 3D modeling, electron-beam welding, and EDM wire cutting to transform the hunk of space rock into bullet-firing hand cannons. Each gun has been finished to highlight the source material, with the slide and frame getting acid-etched to bring out the meteor’s texture, while intact outer edges of the meteorite have been preserved to serve as a unique visual accent. 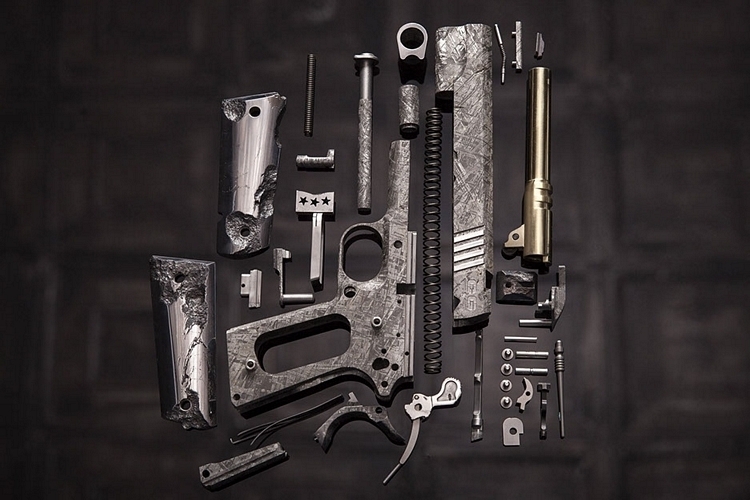