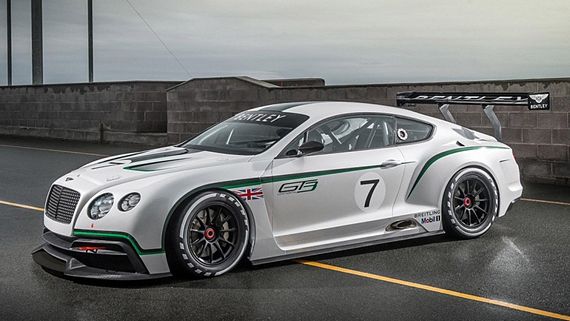 It’s been a long time since Bentley put its  mark on a race car.  Too long, in fact, that every time I see a Continental on the road, all I can imagine is a guy in a tuxedo driving it.  Almost a decade since their last race, the company is looking to reenter the field with a hot new number: the Bentley Continental GT3 Concept.

While currently a concept, Bentley makes it clear that the car’s debut marks a return to motorsports for the brand.  Even though it’s a track-only vehicle, we really doubt it’s going to stay that way, especially if the final vehicle looks as good as that beast in the pictures. 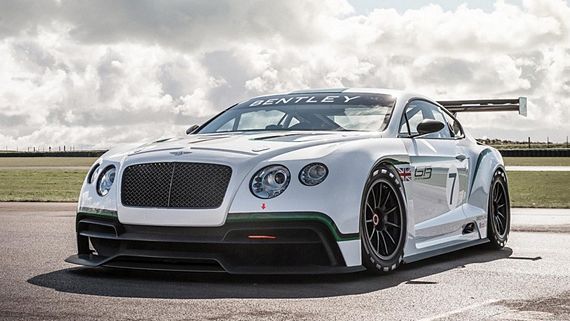 Technical details haven’t been given out, considering the car is still under development and testing.  The new Bentley Continental GT3, however, will build heavily on the performance, high-speed stability and durability of the GT Speed, Flying B’s most powerful road-going two-door coupé.  According to the press release, they have added a rear-drive chassis, a massive aero package (yep, that wing) and “state-of-the-art motorsport hardware” for the current prototype, along with a plenty of tailoring for the track. 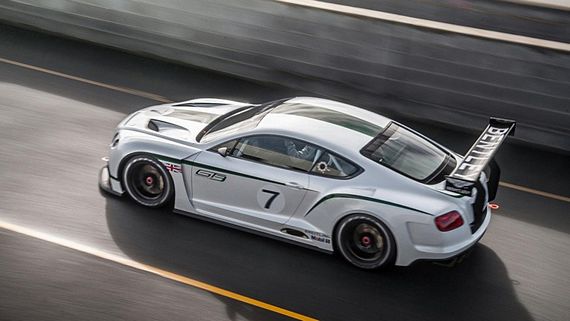 Bentley claims their FIA-supported racer will hit the tracks towards the end of 2013, which means the car isn’t that far off from completion.  The Bentley Continental GT3 was introduced at last week’s Paris Motor Show.