Someone Built A Tribute Stratocaster… Using Nothing But Matchsticks 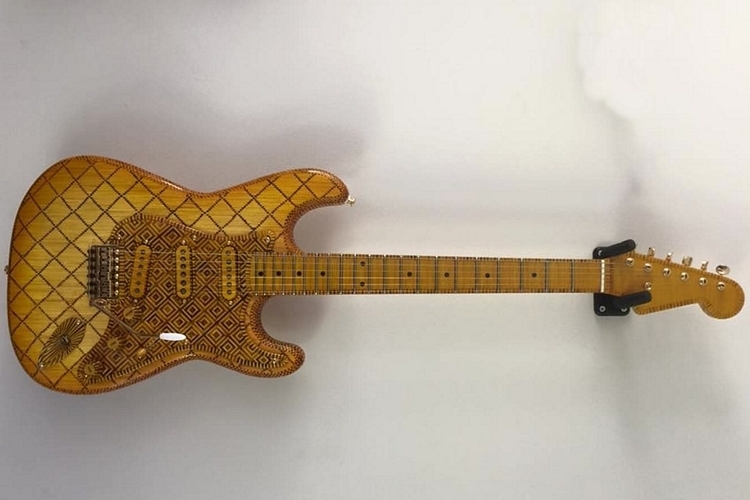 We have no idea how it sounds. You have to admit, though, it’s hard not to admire the work that went behind building this Matchstick Stratocaster, which is made entirely from glued-together matchsticks. Really.

Created by boutique instrument builder Fraser Guitars, it’s a 1954 Stratocaster tribute guitar that recreates the classic instrument in full scale using nothing but matchsticks, similar to that crazy F1 replica from a few years back. And, yes, it’s designed to hold, so you don’t have to worry about the darn thing crumbling right in the middle of a solo. 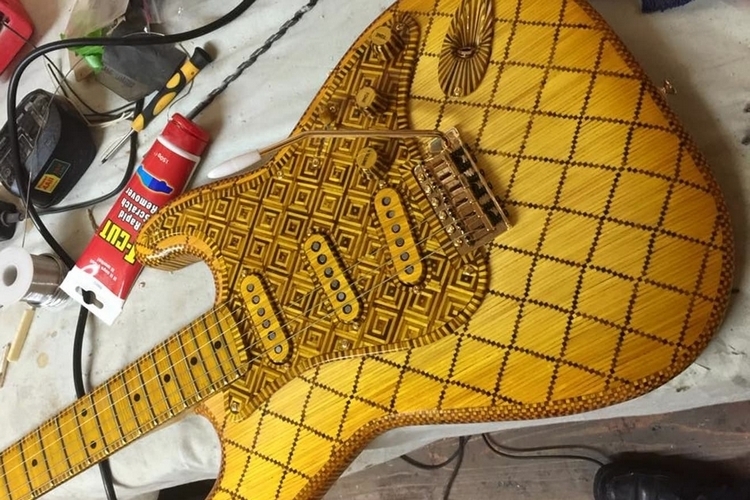 According to creator Dean Fraser, the Matchstick Guitar project started as a way to pass time back when he was in the military in 1998. As such, much of the early components used the same ration pack matchsticks soldiers got on the base. He stopped work on the guitar shortly thereafter, but then revived it as soon as he retired from the Armed Forces in 2014. This year, he finished it. 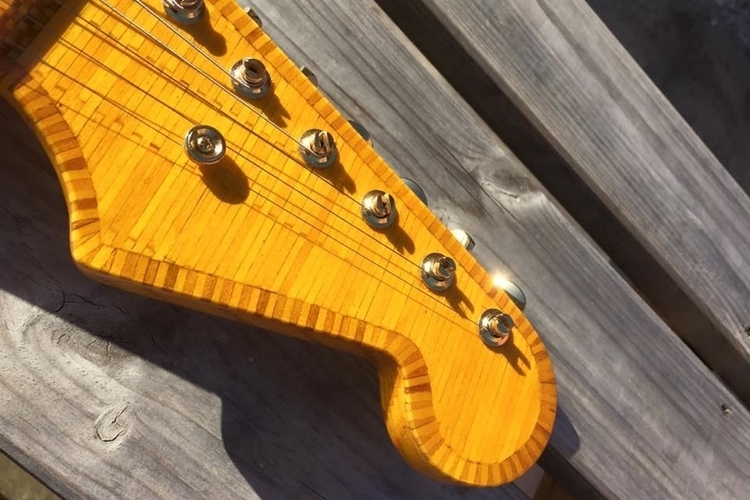 As you can see, everything on the guitar, from the body to the neck to the fingerboard, are all matchsticks, although there are some metal parts (e.g. the neck is bolted on using a metal truss rod). Heck, even the knobs and caps are built using the same material, merely arranging the matchsticks differently to create pattern variations. The sticks, by the way, are held together using Cascamite resin wood glue, which is usually employed in boat building and other weather-resistant woodworking projects.

Learn more about the Matchstick Stratocaster from the link below.