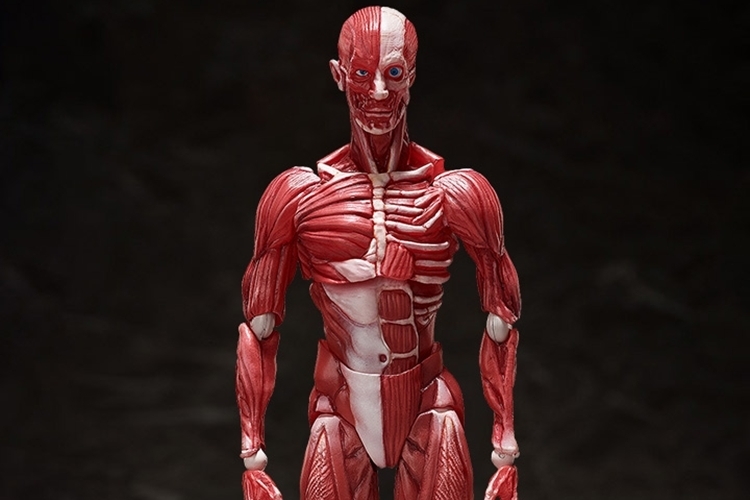 No, the Figma Human Anatomical Model isn’t an action figure of a supervillain who gained superpowers after getting his skin burnt in a lab explosion. Instead, it’s a 1:12-scale recreation of the human anatomy model they use in science classrooms, allowing you to pit your favorite action figures against a naked man with no skin for whatever tabletop joy it brings to your existence.

To the unfamiliar, Figma is well known for making action figures of things that aren’t normally cast as action figures. In the past, we’ve seen them turn famous sculptures like Michelangelo’s David and the Venus de Milo, among other classic artwork (like Munch’s The Scream painting), into action figures. This time around, they’re bringing the biology classroom staple into the world of articulated toys. 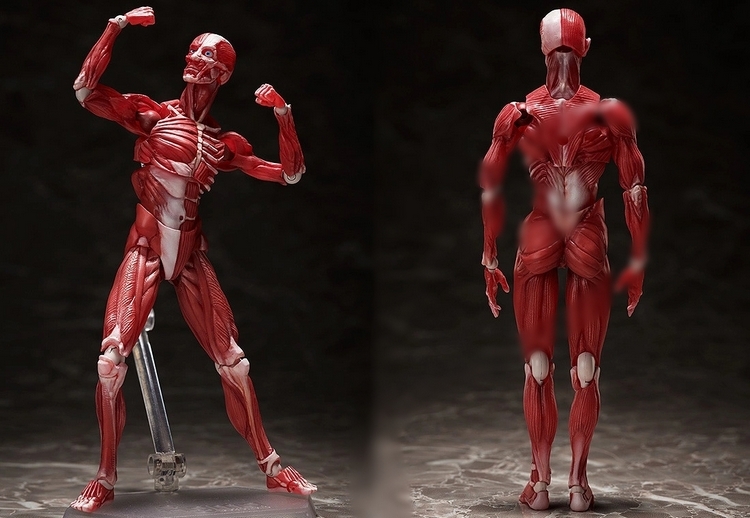 The Figma Human Anatomical Model recreates the 3D anatomical model as an articulated action figure, allowing you to cast it in a variety of poses that are way more expressive than the upright and robot-like pose typical for such models.  Specifically, this one uses those models that merely depict the muscles and bone structure, instead of those ones that show the guts and internal organs, so it’s not as gross as some of those anatomical models can get. Additionally, this muscle-and-bones depiction actually makes it look like a viable comic book character, like a nuclear survivor or a human-like sentient alien or a victim of mad science experimentation in a secret underground lab. Or something.

Articulation is available on the shoulders, elbows, wrists, hips, knees, and ankles, opening up a wide range of expressive poses, whether you want to recreate your college classroom, pit it against Jean Claude Van Damme, or give your daughters a scare by sneaking it into their dollhouse. It comes with the same ball joints as other Figma action figures, by the way, so each joint can move in a variety of ways for versatile movement options. It also comes with multiple sets of swappable hands for even more posing options. 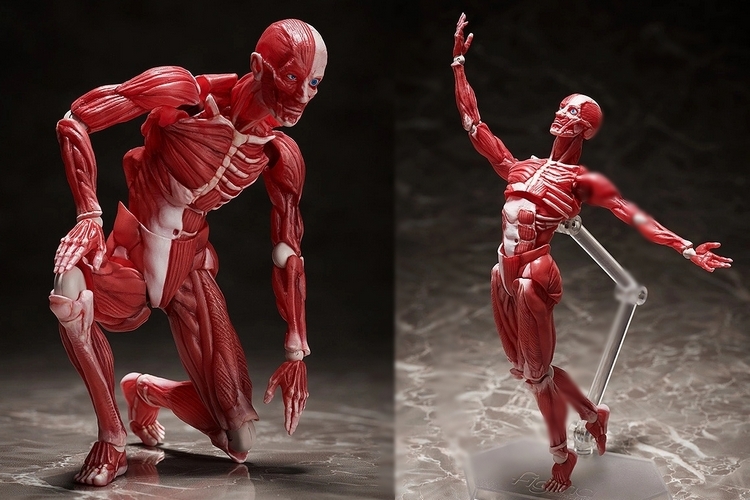 The Figma Human Anatomical Model stands 5.85 inches tall, so it’s perfectly-scaled to stand right next to your other 1:12-scale toys, whether you want it to team up with Mr. T, play some classic arcade games, or use the bathroom to fix up his exposed muscle tissues. It’s made primarily from ABS plastic, with mostly opaque parts, although they do use translucent panels in some sections to create a realistic appearance and texture. They also throw in flexible PVC plastic in some areas, which allowed them to maintain the human-like proportions without compromising the breadth of its available poses. 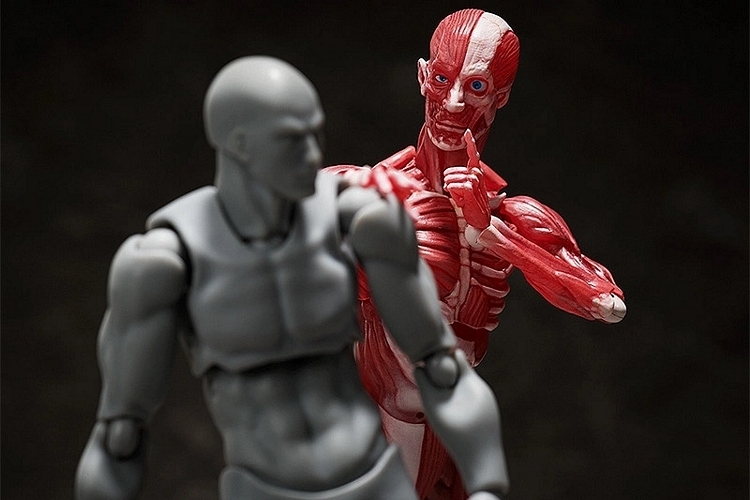 From what we can tell, the figure can probably stand on its own if you put it in a perfectly balanced pose. Of course, being a plastic toy, bumping the shelf it’s standing on will probably change that upright position real quick. As such, they include a platform stand similar to other Figma features, ensuring it stays upright the entire time it’s on your shelf. That stand is fully transparent, by the way, so with the right lighting, you could probably make it look like the darn thing is standing all on its own.

The Figma Human Anatomical Model is now available for preorder, priced at $89.99. It ships May of next year.