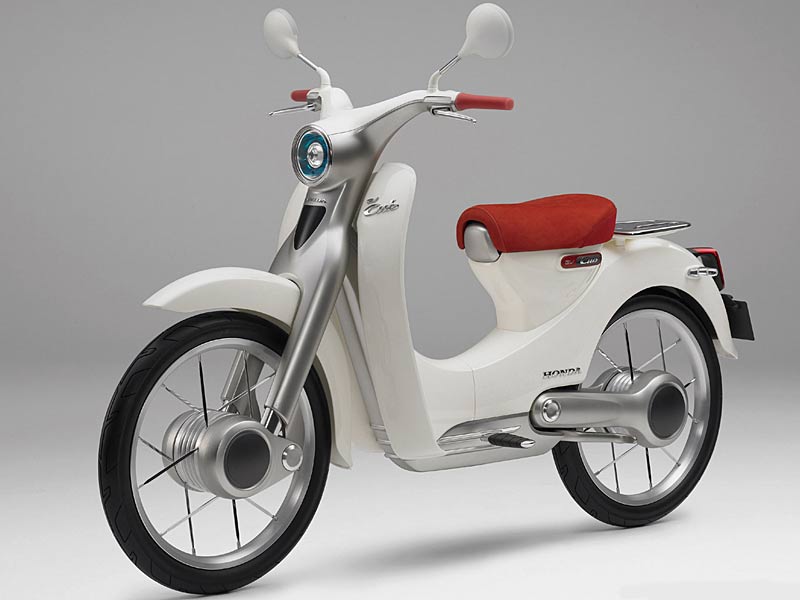 Bicycle-like in frame and ran by electric power, the Honda EV-Cub is the auto manufacturer’s vision of motorcycles within our immediate future.   Sure, it’s not the same burly and macho bike we’ve all been accustomed to, but the sleek little number brings a lot of advantages to the table.

Sporting a two-wheel drive (separate motors running each of the front and rear wheels), the bike should offer more stability and traction on loose and wet surfaces than its rear-wheel counterparts.  As such, Honda is touting that it should prove even easier for new riders to get the hang of.  What’s even better, though, is that the 2WD motorcycle looks ready to leave the concept realm within the short-term, making it the likely first production vehicle of its kind.

The Honda EV-Cub features a very slim chassis, making it narrower than most motorcycles currently in the market.  No details on the drivetrain have been listed, other than the fact that the ride will operate completely in electric mode. 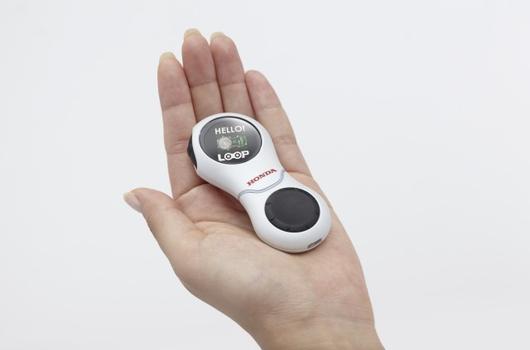 Like all electric vehicles, the new motorcycle will be completely silent.  As such, Honda is bundling it with their LOOP communication system, which provides a way for noise-free mobility machines to alert each other of their presence on the road.

The Honda EV-Cub is scheduled to exhibit at the Tokyo Motor Show later this month, along with two other electric bikes. From the looks of it, though, it appears to be the most likely candidate for Honda’s promise of an all-electric motorcycle before the end of 2010.