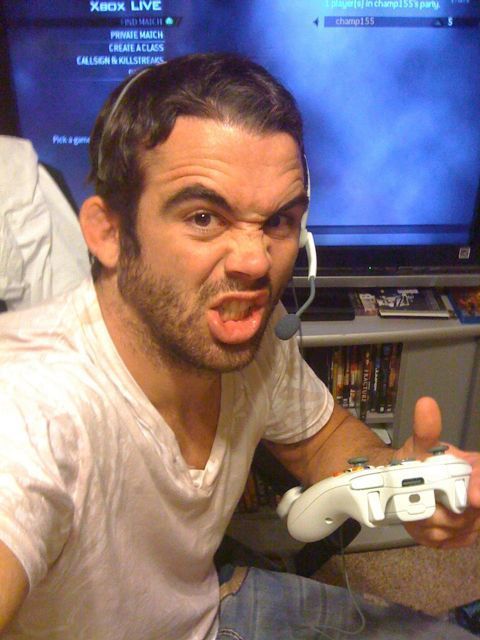 Broke your hand after trading blows with someone at the backalley?  Do like former World Extreme Cagefighting (WEC) lightweight champion Jamie Varner, who claims he rehabilitated his injured fist by playing Call of Duty: Modern Warfare 2 on the Xbox 360 in time for yesterday’s title unification bout.

After fighting Donald “Cowboy” Cerrone in January of last year, the MMA standout found himself with a broken right index metacarpal bone, among a laundry list of hurts, including two fractured bones in his left foot and a lesion in his right eye.  Relegated to the sidelines, the doctor instructed the then-champion Varner to stick to a diet of video games to get his hands back in order, noting that the playing “would strengthen everything up.”

Exercise those hands using video games he did – geeking out on a steady diet of Modern Warfare 2.  In Varner’s words, he got on the game “non-stop.”  Apart from the gaming fix, the fighter also underwent two sets of surgery on his hand, getting a plate and six screws in the process (yeah, you’re almost a cyborg now, dude).

According to Varner, his unusual rehab helped him get to 100% in time for yesterday’s battle, which saw him in the main event billing of WEC 46, facing interim champion Benson Henderson.  Unfortunately for him, the extra-involved gaming didn’t help add any extra world-beating skills to his arsenal, as he succumbed to a third-round guillotine from newly-crowned unified champion, Henderson.

Still, playing Xbox 360 for rehab sounds like a brilliant idea, one that we could all use when we need an excuse to play just one more level.  My hands hurt – I’ll just do an hour of Left For Dead 2 and I’ll be good.  I swear!