Intimidator, A 3D Jigsaw Puzzle That Hides A Gun 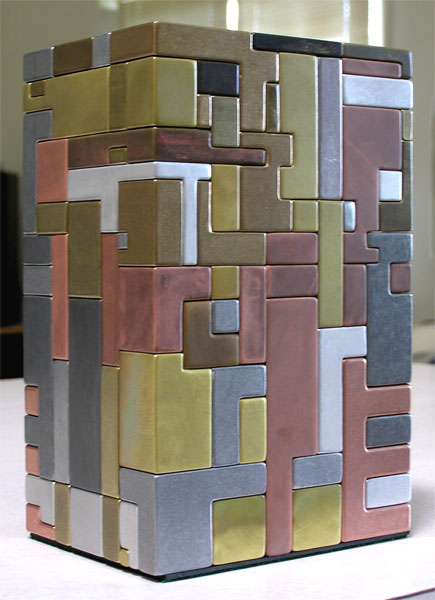 Looking for a smart way to hide a gun inside your living room?  Decorate it in the form of a 3D jigsaw puzzle sculpture like the Intimidator, which contains special parts that you can assemble into a fully-functional single-shot pistol.

Created by Michigan-based GarE Maxton, the gun-hiding sculpture presents itself as an elaborate puzzle block made up of interlocking metal pieces that form a rectangular box.  Strip it down to its 120 individual pieces, though, and you can isolate 20 different parts that can be assembled into a one-shot weapon, bullet included. 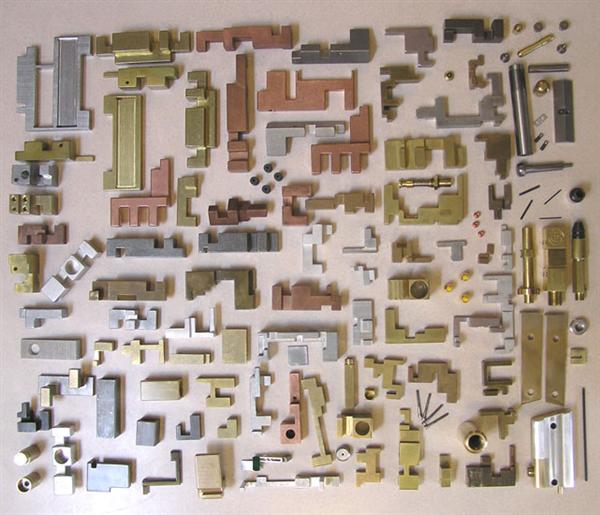 When pieced together, the Intimidator becomes a colorful desktop sculpture, measuring 8 x 5 x 4 inches (h x w x d) and weighing 40 lbs.  Each piece is made from one of six different metals, namely brass, bronze, copper, aluminum, magnesium and steel.  As you can tell from the broken-down parts, slapping it together won’t be an easy task, with the various parts interlocking in varying ways. 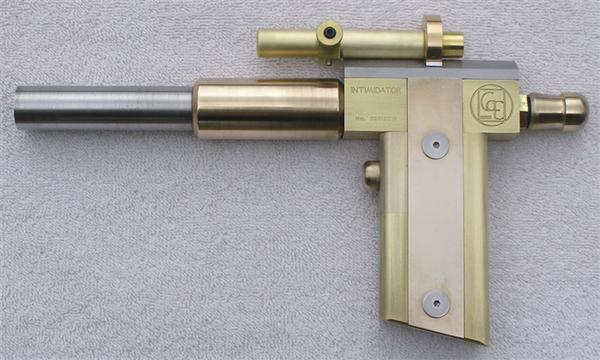 Just in case you’re wondering, the Intimidator Puzzle Pistol was inspired by the Scaramanga from the 1974 Bond thriller “The Man with the Golden Gun.”  Originally intended to be a conventional 25 caliber handgun, Maxton ended up building a more elaborate, muzzle-loading 45 caliber weapon, complete with laser sight, a ramrod for loading the bullet and a single canister carrying black powder pellets.

The Intimidator Puzzle is, of course, a one-off.  That means you probably can’t have one, unless you can reconstruct all the parts based on the pictures and then actually have the puzzle-solving skills to put it all together.  You can watch the video below to see it during assembly.