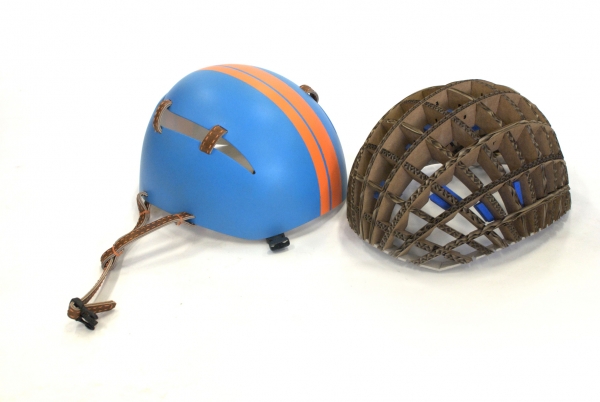 After making its way to shelves, desks and children’s playrooms,we guess we might as well use cardboard for bicycle helmets, too.  Surprisingly, it’s neither about novelty nor compromise as the Kranium cardboard helmet shows — it’s actually got plenty of upside over regular bike helmets.

Created by Anirudha Surabhi, the new helmets use the same corrugated cardboard you can find at the supermarket, which should prove cheaper than current polystyrene head covers.  Paired with a clever design arrangement, the cardboard helmets aren’t just cheaper — they also absorb four times the energy impact of their plastic equivalents.  According to Anirudha, one such helmet was smashed five times in a row before being put through the British Standard test and still passed with flying colors. 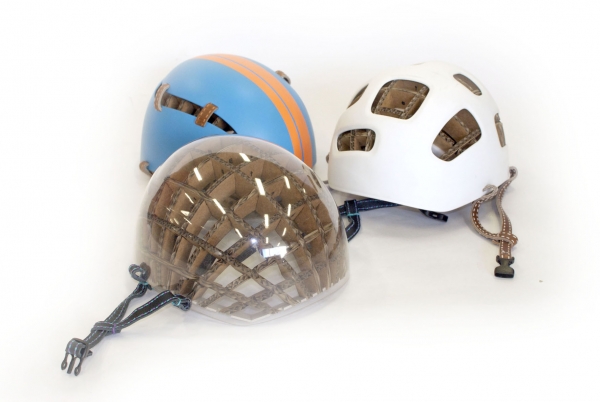 The Kranium replaces the entire conventional helmet frame, completely eliminating polysterene from the equation.  For rain and sweat, the material is treated with a “waterproof acrylic compound” that renders it resistant to crumbling under water.  From there, you simply add an outer shell for the frame, since wearing cardboard on your head doesn’t exactly look flattering.

Supposedly, both the material and the design of the helmet lend very well to size customization.  A scan of the user’s head will give a bespoke helmet maker all the coordinates they need to produce and assemble a perfect-fitting headgear (do note that Anirudha doesn’t exactly explain how the process works, so it could very well be impractical).

The best part is that the Kranium’s design has already been licensed by several helmet manufacturers.  That means it’s a very viable alternative and, more importantly, we’re likely to see something like it in stores soon.